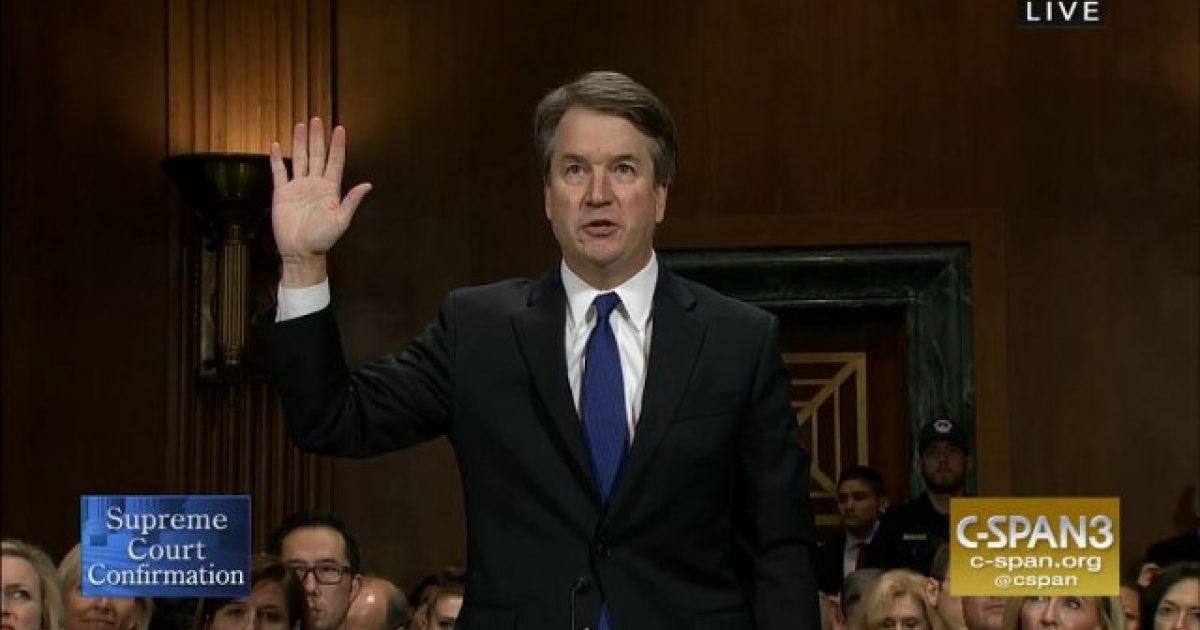 When SCOTUS Justice Brett Kavanaugh was enduring his confirmation hearing, which was hijacked by a desperate batch of Democrats hoping to delay the vote until after their imaginary “blue wave” hit during the midterm election, the rumor mill went wild with a wide number of false accusations against him.

One of the most vile during that time was, because of being accused of sexual assault, Kavanaugh had to be a pedophile. As soon as the case against the judge fell apart, that rumor disappeared.

It’s being revived by The Washington Post, thanks to a story they published about Kavanaugh coaching basketball, which they placed under a “Public Safety” tag.

The Post’s Ann E. Marimow wrote an article on Tuesday titled “Brett Kavanaugh worried that scandal would end his coaching days. Now the Supreme Court justice is back on the basketball court.” It’s a pretty bland article, and Marimow doesn’t make any insinuations about Kavanaugh in the title or text of the article. The sexual assault allegations against him are only mentioned twice – once leading to a quote from Kavanaugh lamenting the possibility that the uncorroborated smears against him would keep him from coaching his daughter’s basketball team and a second time to talk about team members sitting behind him during his first confirmation hearings.

But it’s where the Post placed Marimow’s article that is so insidious. The article was posted under the Post’s “Public Safety” tag. Other recent articles published under this same tag include one titled “Child hit by bus in Charles County” and another titled “Incident at Walter Reed was a drill, not an active shooter, Navy says.”

So yeah, a story about a man coaching his daughter’s basketball team fits right in.

The National Republican Senate Committee director of data and analytics, Logan Dobson, first noticed the placement of the article.

“tf is this tag, @washingtonpost,” he tweeted. He followed up that tweet with another showing the other articles recently tagged as “Public Safety.”

There is no “public safety” threat over Kavanaugh coaching his daughter’s team. It’s hard to square the tag even if you’re considering the security detail that comes with a member of the Supreme Court, especially one who was deemed guilty by angry activists and a media who hated him before he was accused of anything inappropriate.

It should also be noted that no evidence exists to corroborate any claims made against him. In fact, more evidence exists that he never sexually assaulted anyone. Several accusers have been referred for criminal investigation for lying, while the alleged witnesses identified by other accusers have said they don’t remember Kavanaugh ever doing the things of which he was accused.

Again, this isn’t the first time such a rumor has made the rounds online. Back in September, a USA Today columnist stated that Kavanaugh was a “credibly accused sex offender” and as such, should not be allowed to coach his daughter’s basketball team.

The only problem here is that he was not, in fact, a “credibly accused sex offender. When this issue was addressed, USA Today heavily edited the piece to remove the insinuation that Kavanaugh was a pedophile, attaching this editor’s note:

“Supreme Court nominee Judge Brett Kavanaugh has told members of the Senate Judiciary Committee he loves coaching his daughters’ girls basketball teams, but said in testimony Thursday “thanks to what some of you on this side of the committee have unleashed, I may never be able to coach again.” The intent of this commentary was to address that question. The column was re-edited to more closely reflect that intent and labeled to reflect it as the writer’s opinion.”

Shamefully, the paper never apologized for allowing the column to be published like that in the first place.