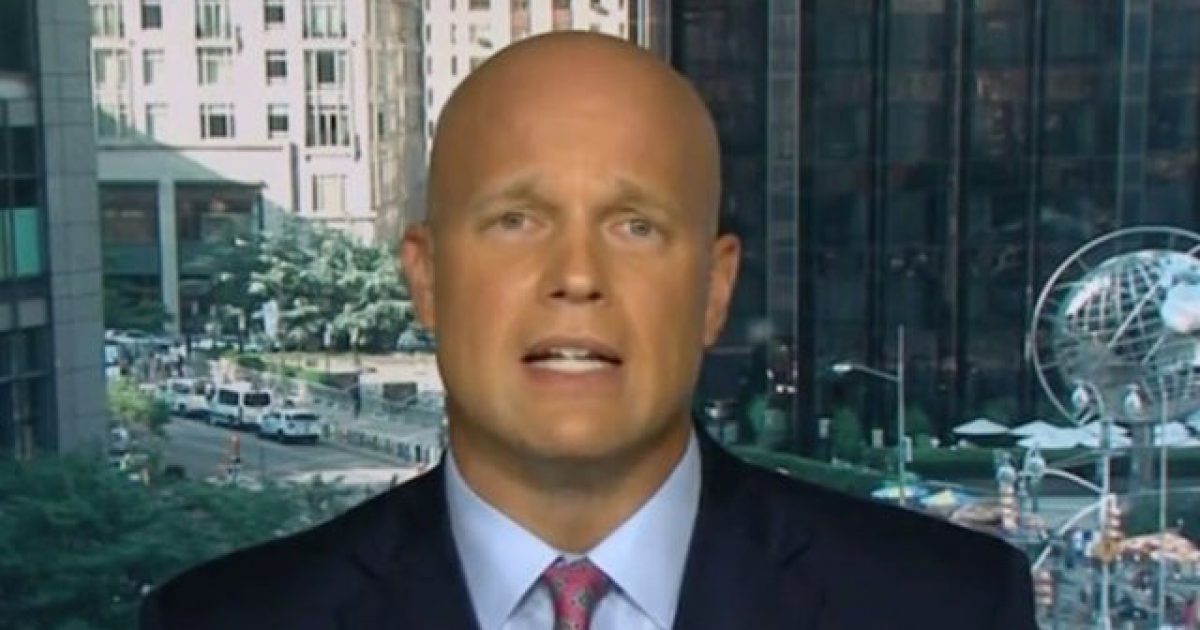 Senate Democrats are doing the best to try and block President Trump’s acting Attorney General Matt Whitaker from leading the Justice Department, submitting a complaint against him to gum up the works.

As we’re all well aware after the Brett Kavanaugh incident, liberals are desperate to put a stop to any forward movement Trump makes in advancing any sort of conservative agenda in this country, so their latest effort is hardly surprising.

“Installing Matthew Whitaker so flagrantly defies constitutional law that any viewer of School House Rock would recognize it. Americans prize a system of checks and balances, which President Trump’s dictatorial appointment betrays,” Blumenthal said in an official statement when the complaint was announced.

According to the complaint:

The Constitution’s Appointments Clause requires that the Senate confirm high-level federal government officials, including the Attorney General, before they exercise the duties of the office. The Framers included this requirement to ensure that senior administration officials receive scrutiny by the American people’s representatives in Congress. The Appointments Clause is also meant to prevent the President, in the words of Alexander Hamilton in Federalist 76, from appointing officers with “no other merit than that of…possessing the necessary insignificance and pliancy to render them the obsequious instruments of his pleasure.”

President Trump’s violation of the Constitution’s Appointments Clause, unilaterally preventing members of the Senate from voting on whether or not to consent to Matthew Whitaker serving as a principal Officer, leaves Senators no choice but to seek a remedy through the courts.

How the left approaches the Constitution is absolutely hilarious. They spend the vast majority of their time doing everything in their power to undermine our founding document and erase as many rights as possible in order to give the government more power.

Unless, of course, they can use the Constitution to help push their own agenda. Then they suddenly become big fans of the Founding Fathers, the same folks they slander on a regular basis for being “racists.”

Hypocrisy at its finest.