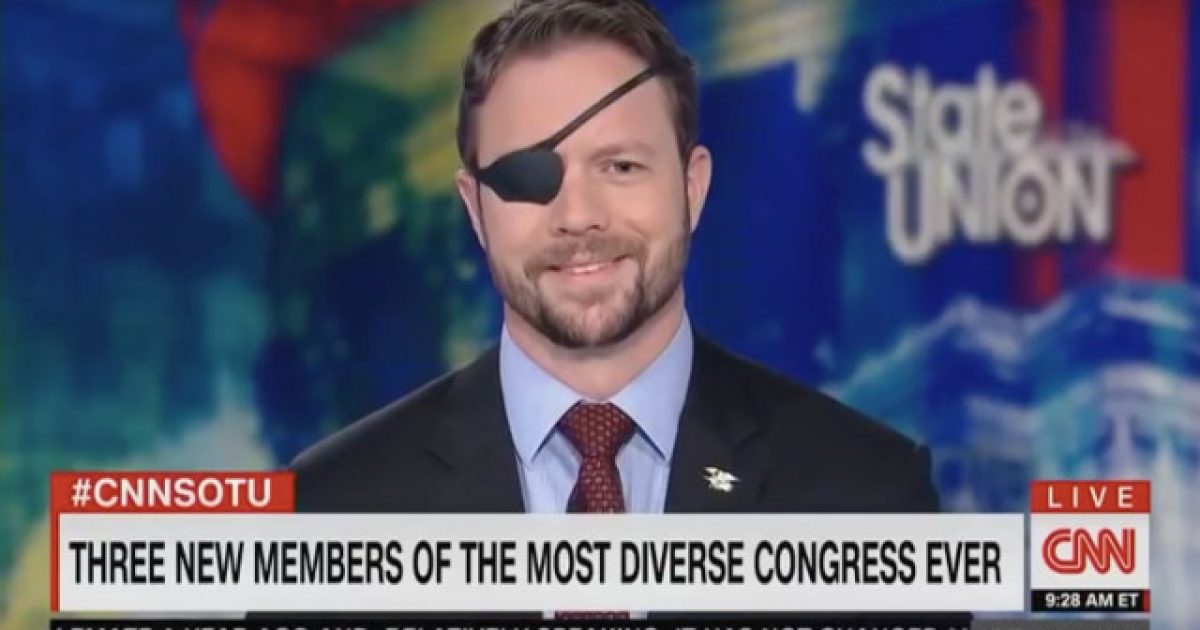 Navy SEAL veteran Dan Crenshaw responded on Sunday to critics who were slamming President Trump for not attending Veteran’s Day ceremonies at Arlington National Cemetery, and what he had to say might surprise a few folks.

Crenshaw made an appearance on CNN’s “State of the Union,” where Jake Tapper spoke with three members of the incoming House’s new class, which included Democrats Chrissy Houlahan of Pennsylvania and Deb Haaland of New Mexico about the perceived snub.

Houlahan is a veteran herself, and Haaland grew up in a military family — and both said that they were disappointed that Trump had not visited Arlington on Veterans Day. But Crenshaw, although he did admit he would have liked to see the president there, offered a slightly different take.

“Well, I’ve been to Arlington multiple times to bury my friends, at least two funerals there that I’ve attended and gone back occasionally,” Crenshaw began, “I also know the president on a very personal level has treated those gold star families very well and he has embraced them and has been very good to them. I would have liked to see him at Arlington but again, I’m not offended by the fact that he didn’t go.”

Crenshaw went on to say that what’s really important to veterans is not what President Trump does for the sake of optics but what he does in terms of substance.

“I don’t think it necessarily affects us, where he shows up to anyway ceremonial fashion,” Crenshaw explained. “What affects us is, are you giving us a clear mission, are you giving us the equipment we need to do it, are you raising pay for the military? He has done all of these things. That’s what matters to me as a veteran.”

What Crenshaw is saying essentially is that Trump attending ceremonies is nothing more than window dressing. What really matters is that he is equipping the military with everything they need to accomplish their mission.

It’s most definitely important to make sure our troops have everything they need to get the job done, but as commander-in-chief it looks super disrespectful for him to not show up to honor the men and women have given their all to protect our nation and the freedom we all cherish.

This is part of his job. Most presidents make it a priority and Trump should have as well. Just because he’s a Republican president doesn’t mean we should allow him to skate by when he’s done something unbecoming.

This isn’t an either/or situation. It’s a both/and. The President is plainly capable of making sure veterans’ needs are met, while also attending to the optics, which make them feel appreciated.

The truth of the matter is, he dropped the ball here. Let’s hope he makes up for it in the future.