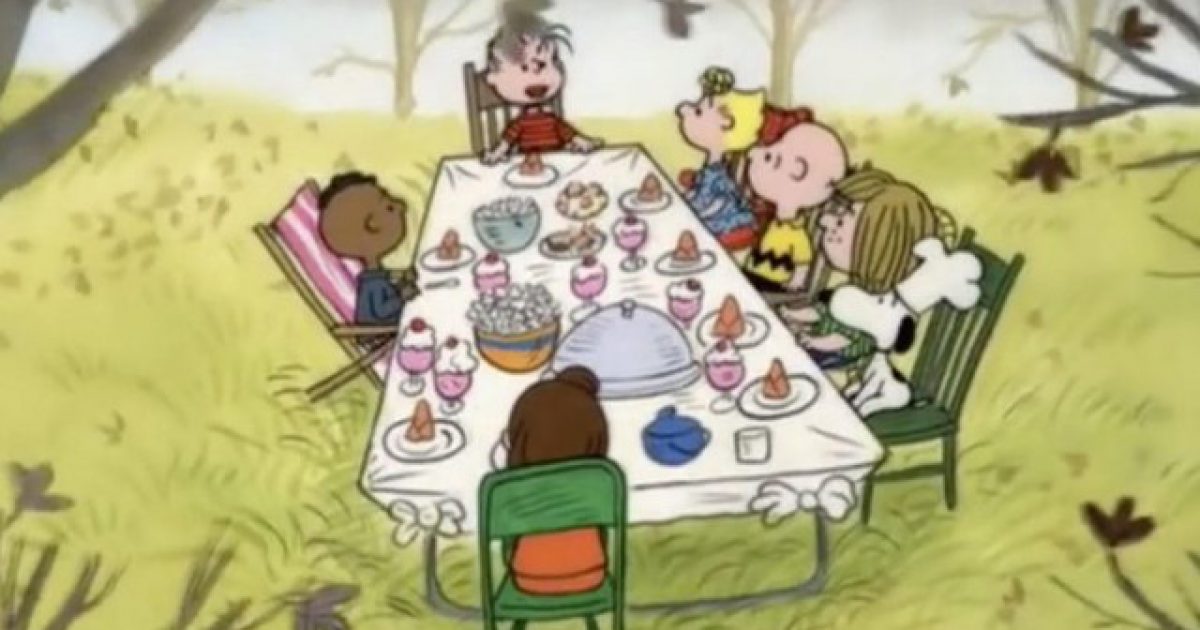 We live in a day and age where nothing is ever innocent and high strung “woke” folk are constantly on the prowl for anything and everything they can transform into some sort of political cause they can rail about on social media.

Which is precisely what happened this week when “A Charlie Brown Thanksgiving” aired on television, causing these same individuals to cry “racism” and vow to never watch the special again.

The reason why? Because Franklin, the only black character, was sitting by himself on one side of the table during Thanksgiving dinner.

During the “dinner,” Linus gives a history lesson detailing the story of the first Thanksgiving, which is the true purpose of the scene, the aspect of the show that these sharp individuals are completely overlooking.

One social media user watched the special, and took to Twitter to air her grievances. The user, Cynthia Haynes, wrote, “How come Franklin, Charlie Brown’s only black friend, sits alone on the other side of the table? And in a lawn chair.”

Another user, whose handle is “Vic Damone, Jr.,” wrote, “Not watching Charlie Brown Thanksgiving anymore until they sit some people on the same side of the table as Franklin.”

Yessam, another user, wrote, “Am I woke now, why is Franklin in Charlie Brown Thanksgiving sitting all by himself at the table. Man. Things that I did not notice as a child.”

Not watching Charlie Brown Thanksgiving anymore, until they sit some people on the same side of the table as Franklin ✊????✊????

Am I woke now, why is Franklin in Charlie Brown Thanksgiving sitting all by himself at the table. Man. Things that I did not notice as a child.

What’s hilarious here is that Charles M. Schulz, the creator of the Peanuts, purposefully added Franklin to his cast of characters to combat racism. The character debuted in 1968, the height of the Civil Rights era.

Franklin was added to the “Peanuts” after a white teacher penned a letter to Schulz asking him to include a black character in the days following the assassination of Martin Luther King Jr.

The teacher in question, Harriet Glickman, told Shulz he could have a huge impact on culture by including a black character in a previously all white cartoon. Schulz’ editor was not at all a fan of adding in the character, but the cartoonist gave him an ultimatum.

Either the cartoon was printed the way he drew it or he was going to quit.

Franklin was added in.

This is why it pays to know you’re history, folks.