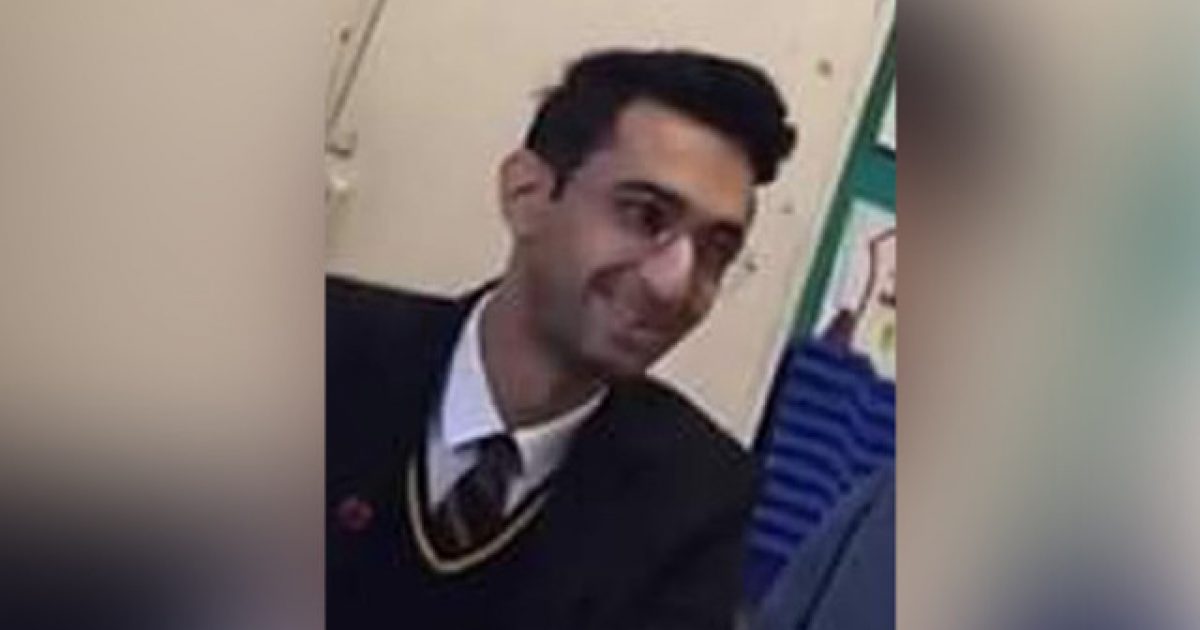 When a strange “teenage” student from Iran started attending Stoke High School in Suffolk, England, students and parents noticed that there was something a little bit off.

The student, Siavash, who claimed to be 15-years-old, had a face full of stubble, a somewhat receding hairline, and a fairly pronounced Adam’s apple. In other words, this kid looked like he was going on 30, not 15.

This, of course, raised immediate safety concerns for parents. However, when they started complaining about the student, they were “dismissed as racist.”

“I went in [to] complain but I was fobbed off. They are deluded and seem more worried about how the bloke might feel,” a father of two teenage students told the Mail. “I am not aware of this lad having done anything inappropriate, but it’s clearly wrong that he should be in a class with children.”

Another parent said she was told the man sat on a bench during lunch near teenage girls, “just looking.”

One student said Siavash started FaceTiming a female student, “sending her messages, asking how close she lived to the school.” The student took the messages to school officials but was told there was nothing wrong with them, according to the Mail.

It turns out, Siavash actually was an adult, and was removed from the school. He had told the school he fled from Iran and came to the United Kingdom with his little brother, who authorities believe actually is 12 years old. Siavash was seeking a free education while posing as a teenager.

So, how exactly, did this fellow manage to pull off such a stunt? Well, he had a whole lot of help from Britain’s asylum system, which has been abused time and again by adults who are posing as minors in order to receive a free education.

Here’s the real scary part. These adults posing as kids and asking for asylum are not only granted a free education, they’re also given access to children’s homes, which puts those who live in such facilities in grave danger of becoming victims of abuse.

Out of 705 age disputes, 65 percent of the 618 resolved cases found claimants over the age of 18 pretending to be children. Most of these individuals were male. Let that sink in a bit.

This, ladies and gentlemen, is why we here in America must continue the good fight to keep our border secure. We cannot allow large masses of individuals, like those in the migrant caravan, to have access to our country, especially since quite a few of them are criminals looking to escape from their home countries.

Allowing such individuals into the country puts our own citizens at risk, which is completely unacceptable.