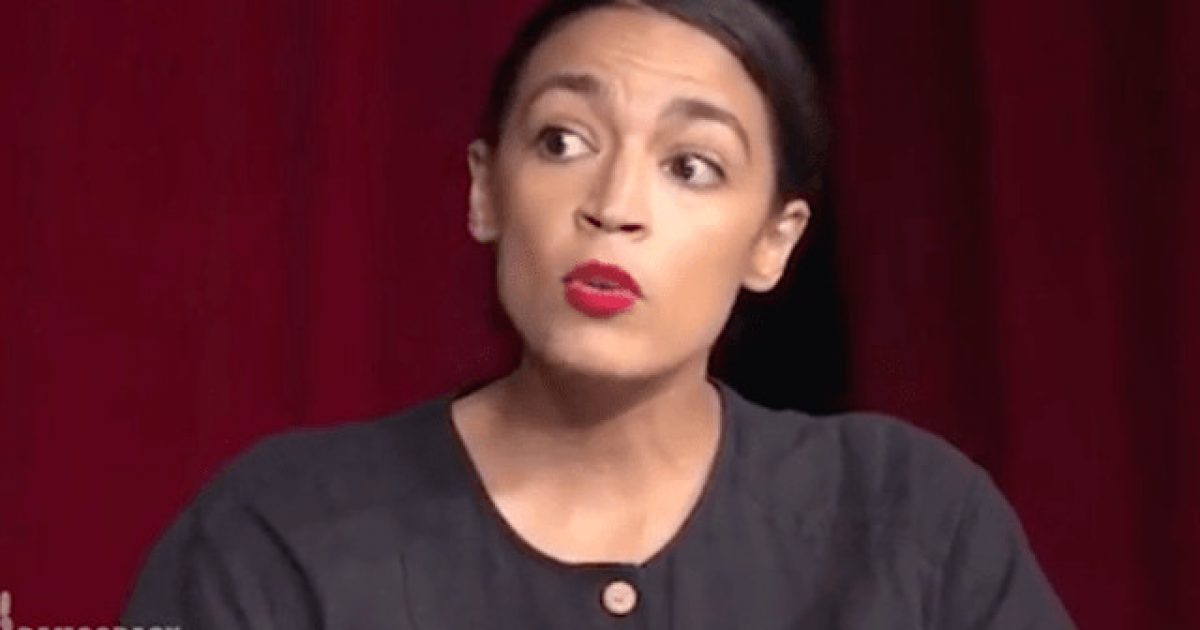 Freshly elected Rep. Alexandria Ocasio-Cortez is once again making headlines, only this time it’s not to showcase her egregious lack of understanding concerning the three branches of the federal government.

No, this time it’s because she’s doubling down on her extreme left-wing agenda, calling on her colleagues in Congress to pass a “Green New Deal.” Why?

Because we’re all going to die from climate change.

Ocasio-Cortez cited a report released Friday by the U,S. Global Change Research Program, a voluntary committee of scientists from 13 federal agencies and a number of outside pressure groups, that warned that thousands could die, and the United States could suffer a striking 10% reduction in its gross national product by the end of this century if humans do not curb their fossil fuel consumption.

CNN reports that the US Global Change Research Program estimates tens of thousands of “premature deaths” from the effects of climate change, including deaths from starvation, mosquito-borne illnesses, extreme heat, flooding and other natural disasters.

The report seems extreme on its face, and critics were quick to point out that the computer models used to predict the “thousands” of deaths may be outdated, but leftists, including Ocasio-Cortez, soaked up the report without question, inciting mass panic.

People are going to die if we don’t start addressing climate change ASAP.

It’s not enough to think it’s “important.” We must make it urgent.

That’s why we need a Select Committee on a Green New Deal, & why fossil fuel-funded officials shouldn’t be writing climate change policy. https://t.co/bn6NloGlaY

The U.S. Global Change Research Program makes no recommendations on how to curb “climate change,” but it’s quite clear that Alexandria Ocasio-Cortez believes the only way to make real in-roads on the subject is to enact a massive, socialistic environmentally focused legislative package, using taxation and other “incentives” to help Americans cut down on fossil fuel usage, while pouring millions into “green jobs” and “alternative energy.”

The issue is obviously important to Ocasio-Cortez; her first act upon finding herself in Washington, D.C., as a freshman Congresswoman was to join a sit-in protest at Rep. Nancy Pelosi’s (D-CA) Capitol Hill offices, designed to pressure the presumptive House Majority Leader into tackling the “climate change” issue with a select committee. Ocasio-Cortez called the protest “important work,” but seemed to heavily temper her follow-up criticism of Pelosi, announcing late last week that she intends to support Pelosi’s bid to reclaim the Speakership.

Not surprisingly, Ocasio-Cortez seems to be out of the loop about the stellar progress America has been making when it comes to curbing fossil fuel emissions without the need for some sort of massive, socialistic “climate change” legislation.

In fact, the United States is far ahead of other nations on the geopolitical stage. According to the BP Statistical Review of World Energy, the U.S. ranks close to the top of most major countries in reducing it’s own carbon footprint.

So, who’s the worst nation in the world when it comes to polluting the environment and supposedly contributing to climate change? China. Unfortunately, it doesn’t seem that Ocasio-Cortez’s plan to save the planet includes any sort of foreign policy element to help solve this appalling reality.