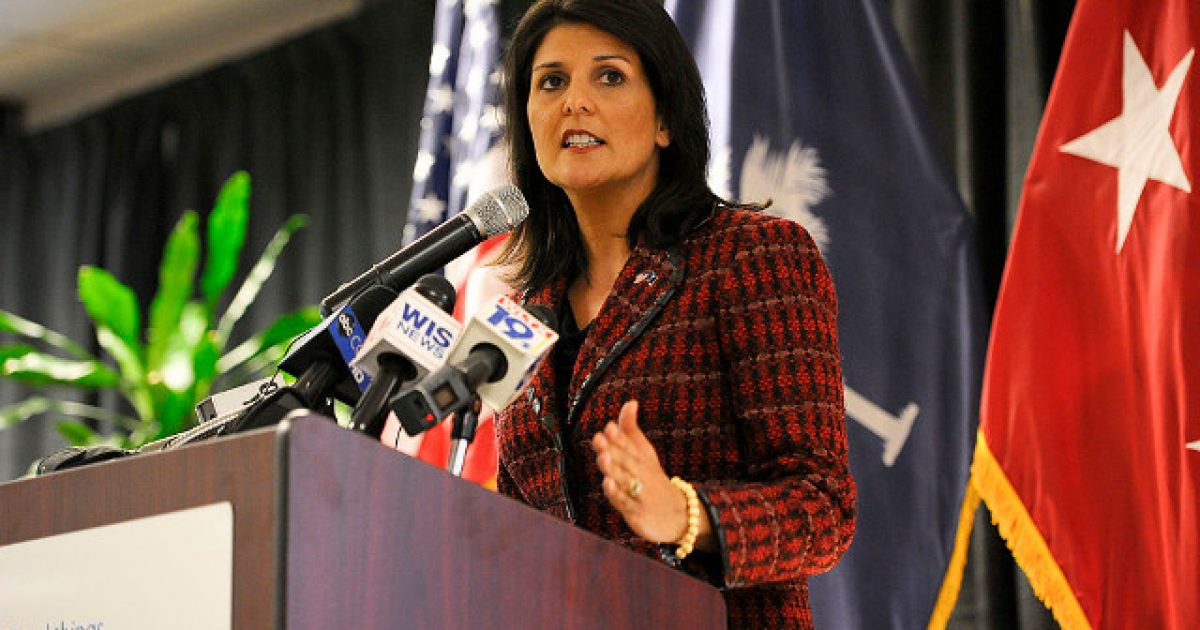 United Nations ambassador Nikki Haley came out swinging against Russia on Monday during an emergency meeting of the U.N. Security Council, which was called to talk about the naval action the country took against the Ukraine over the weekend.

On Sunday, Russia captured three Ukrainian ships that were traveling on the Azov Sea, a body of water controlled by both Russia and Ukraine. Russia fired on the ships, which resulted in several wounded sailors. They then boarded the vessels and took two dozen sailors captive.

Moscow has demanded Ukraine vacate the Azov Sea and the straits leading into and out of the country’s port cities of Odessa and Mariupol, even going so far as to position a giant tanker underneath a bridge Ukrainian ships must pass under on their way out to open water.

Haley called the incident a Russian “outlaw action,” and threatened to take direct action against Russia if relations between the two nations don’t improve.

“But outlaw actions like this one continue to make that impossible,” Haley said. “The United States will maintain its Crimea-related sanctions against Russia. Indeed, further Russian escalation of this kind will only make matters worse.”

She went on to add that Russia acted “illegally,” in stopping the three Ukrainian ships — and that she’d spoken to both President Donald Trump and Secretary of State Mike Pompeo about the incident, and both were in agreement that Russia was the aggressor.

“Sunday’s outrageous violation of sovereign Ukrainian territory is part of a pattern of Russian behavior,” Haley concluded, referencing a series of attacks by Russian forces on Ukrainian interests which have left more than 100,000 Ukrainians dead since the “conflicts” began.

Ukraine officials made it clear that they’re scared Russia is attempting to take over one of their port cities, with the possibility of a full-scale invasion. Russia has thus far denied any such plan, stating the ships were fired on because they refused to stop for a clearance check.

At the end of the day, Russia is a nation that should be held at arm’s length as they engage in a lot of underhanded, dirty activity.

Mitt Romney was absolutely correct when he stated years ago, when running against Barack Obama, that Russia was still a threat on the geopolitical stage.