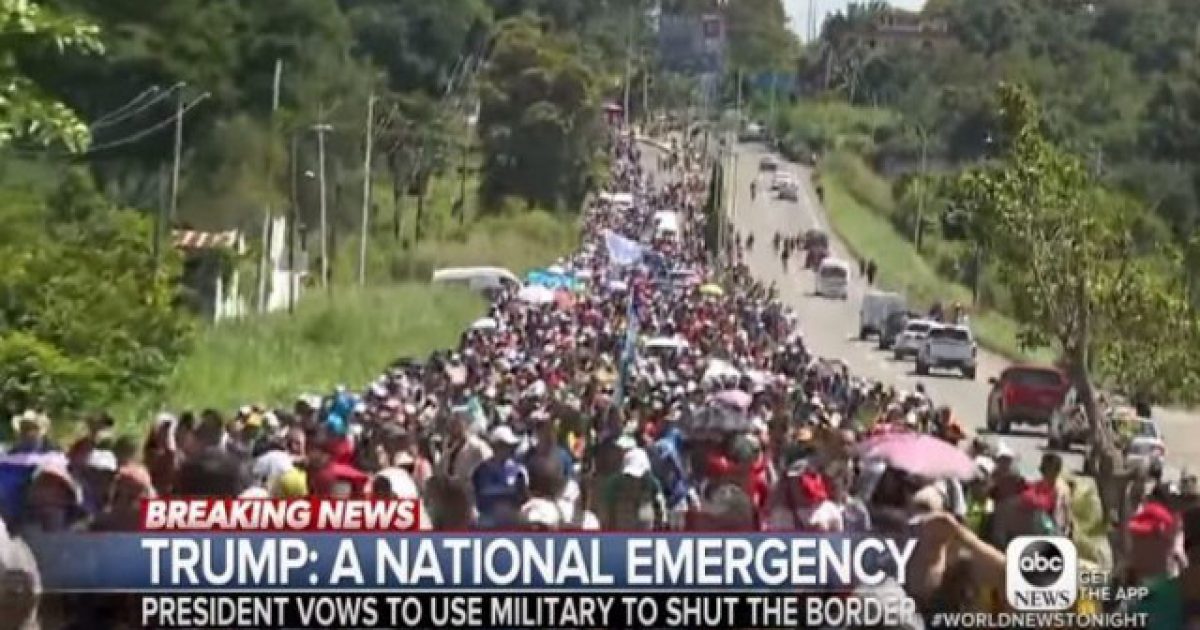 A new report from Fox News is revealing a disturbing fact about the health of folks traveling among the 6,000 migrants who are currently in Tijuana, Mexico. One-third of those individuals looking to cross the border are suffering from major health problems, including tuberculosis, chickenpox, HIV/AIDS, and respiratory infections.

It’s been stated time and time again, and will likely need to be stated a million times more, but the migrant caravan poses a serious risk to the health and public safety of American citizens, therefore, they need to be kept out. Period.

Among the 2,267 Central American migrants who are ill, at least 101 have lice and skin infections, the Tijuana Health Department reported. There are also at least three confirmed cases of tuberculosis, four cases of HIV/AIDS, and four cases of chickenpox, a spokesperson with the health department told Fox News.

Other health concerns include the threat of a hepatitis outbreak due to unsanitary conditions.

Thousands of migrants are being housed at the Benito Juarez Sports Complex near the San Ysidro U.S.-Mexico Port of Entry, even though it can accommodate only 1,000 people. There are only 35 portable restrooms at the site.

A “No Spitting” sign was placed in the shelter because coughing and spitting are so prevalent.

On Tuesday, Tijuana Mayor Juan Manuel Gastelum said the city is spending about $30,000 a day to house the migrants and funding is running out.

“We won’t compromise the resources of the residents of Tijuana,” Gastelum said during a news conference. “We won’t raise taxes tomorrow to pay for today’s problem.”

Some of the migrants in the caravan, having been delayed for months and experiencing horrific living conditions, have decided to give up and return back to Honduras, which is a pretty wise course of action.

However, the vast majority of folks down by the border seem determined to stick around until they find a way to cross over into the United States. A few have even accepted asylum and temporary work from Mexico.

There were 80 migrants who volunteered to turn around and go back home, while an additional 98 more were deported by Mexican immigration officials due to their participation in violent protests last weekend.