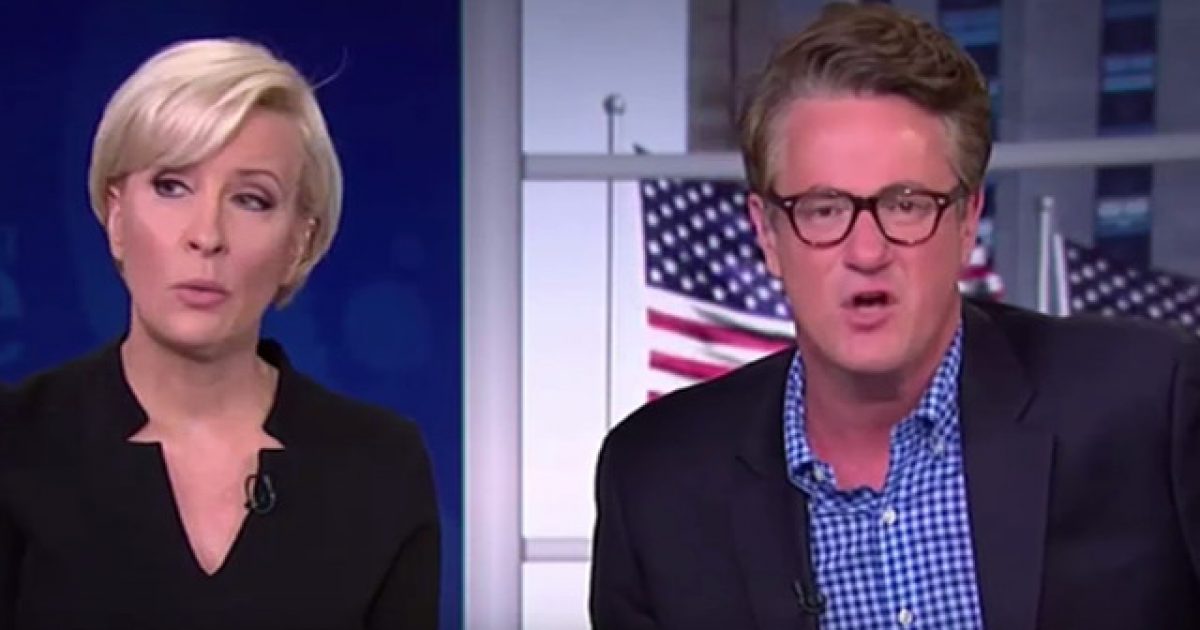 MSNBC hosts of the “Morning Joe” were married over the weekend in a top secret ceremony that reportedly featured an anti-Trump theme, highlighting the mutual dislike that Joe Scarborough and Mika Brzezinski share for the president.

The couple said their vows at the National Archives in Washington, D.C. on Saturday, pledging their undying love for one another, ironically, in front of the Constitution, the Declaration of Independence, and the Bill of Rights, all three documents they seem to lack a fundamental understanding of.

“We did an event there more than a year ago and we were just blown away,” Brzezinski said of the venue. “It makes sense now more than ever, given what we stand for as a couple, what we do for a living, and what we’re worried about as a country.”

Rep. Elijah Cummings (D-Md.) served as officiant for the nuptials, a decision the magazine said “bore the weight of symbolism.” Cummings is ranking member of the Committee on Oversight and Government Reform, which is investigating President Trump, The Hill noted.

“He’s a representative of the movement forward, of getting the country back,” Brzezinski said of Cummings.

During a toast later that evening, Cummings announced, “I am here tonight because of the important work Joe and Mika do every day and to celebrate them and the love they have for each other and their kids.”

Scarborough and Brzezinski have co-hosted the “Morning Joe” program together for the last ten years and officially announced their engagement in May of last year. This will be the third marriage for Scarborough and the second for Brzezinski.

The pair have been vocal about their distaste for Donald Trump ever since the 2016 presidential election, with Scarborough recently penning an op-ed stating that Trump’s administration has done more harm to the United States than 9/11.