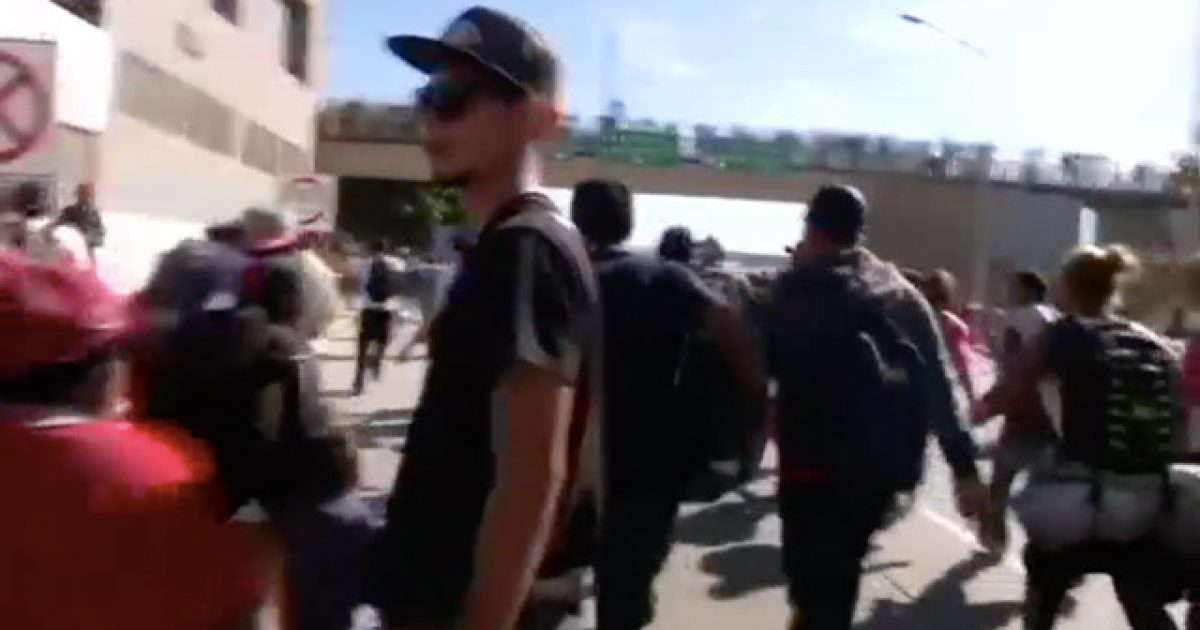 U.S. agents along the U.S.-Mexico border were forced to fire tear gas at migrants who were attempting to force their way into America by breaching the fence that protects the border.

The group of migrants was primarily made up of men who were trying to enter the country between Tijuana and California. It was a sad state of affairs as news reports indicated that children who were part of the caravan were screaming and crying during the incident.

Honduran migrant Ana Zuniga, 23, told the news outlet she saw migrants “open a small hole in concertina wire at a gap on the Mexican side of a levee, at which point U.S. agents fired tear gas at them.”

“We ran, but when you run the gas asphyxiates you more,” she said as she carried her 3-year-old daughter Valery in her arms, the Associated Press reported.

Milenio TV in Mexico also showed images of migrants at the border attempting to jump over the fence. In contrast, shoppers strolled in and out of an outlet mall on the U.S. side.

Earlier in the day, U.S. Border Patrol helicopters flew low overhead while other agents patrolled by foot along a wire fence separating the two countries. The Border Patrol office in San Diego wrote on Twitter that pedestrian crossings were suspended at the San Ysidro port of entry at both the East and West facilities.

President Donald Trump posted on yet another warning on Twitter about the caravans in Mexico that are attempting to cross the U.S. border.

Would be very SMART if Mexico would stop the Caravans long before they get to our Southern Border, or if originating countries would not let them form (it is a way they get certain people out of their country and dump in U.S. No longer). Dems created this problem. No crossings!

Juan Manuel Gastelum, mayor of Tijuana, said that his city, which has a population of 1.6 million people, is facing a “humanitarian crisis” due to this migrant caravan, as they are struggling to find ways to accommodate such a large influx of individuals into the city.

President Trump has caught a lot of flack for stating the caravan is attempting to launch an invasion of the United States, but after seeing such an awful display by these folks, that really does seem to be what they’re trying to do.

Let’s hope those working to protect and defend the border are able to do so safely and without further incident.