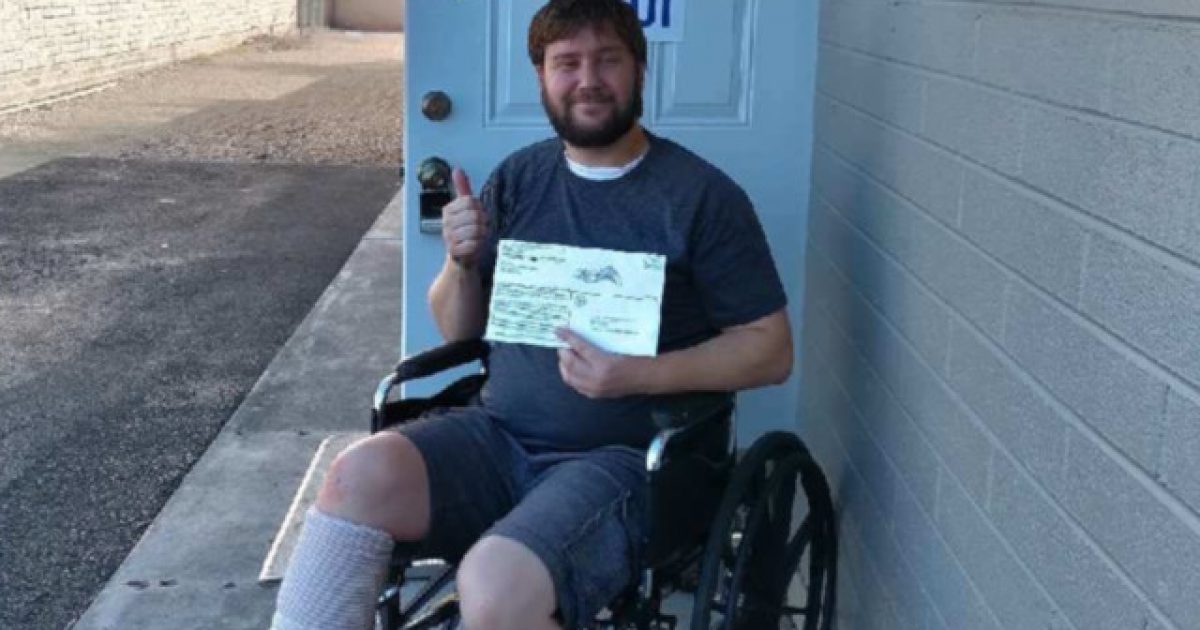 Jonathan Sparks, a resident of the city of Tucson, is a man who is not at all shy about voicing his political beliefs. And why should he be? This is America, right? The land of the free, home of the brave, where we all have the First Amendment right to express our thoughts and beliefs.

Well, that’s what this country used to stand for, a long, long time ago.

Unfortunately, as Sparks has discovered, being vocal about your beliefs can be hazardous to your health.

“And oh was it painful. My ankle was just hanging there,” said Sparks.

As Sparks walked downtown, a man attacked him from behind.

“I felt a very strong grasp on my hat. It pulled me back and grabbed a lot of hair,” Sparks said. The assailant jumped onto my ankle from behind and so not knowing my ankle was broken into four pieces, I turned around to grab and take the hat back. My hands latched onto the hat.”

According to Sparks, they both fell to the ground.

“Then I heard the words Hitler, Nazi and Trump. He was shouting things like that,” Sparks said. “He came over the top of me and over and over again, he hit me.”

People nearby ran over and pulled the attacker off of Sparks. They held him down until police arrived. Tucson Police Department said the man was arrested for assault.

“I was making a statement that I personally believe that Donald Trump is a fantastic president of the United States,” Sparks said. “I think that intolerance to his ideology was the flame.”

Sparks went on to say that he felt he would have been treated much differently if he had been carrying an anti-Trump sign or was black, stating that if such were the case, there would be a sea of reporters present, ready to take his story to the masses.

After spending 20 hours in the hospital, Sparks said he had a lot of time to think about the incident. Surprisingly, the conclusions he came to about what happened are extremely positive.

“I was attacked with vengeance by an evil man but you know what I learned, you know what God taught me through the whole thing? How wonderful Tucson is,” said Sparks. “There were people who pulled him off, paramedics who stayed with me there is a police officer that protected me.”

If we’re going to be a free nation, we all need to learn how to accept the fact that there are people in this country who do not share our view of the world, politics, entertainment, and so on. Individuals have different beliefs and that’s okay.

Admitting such doesn’t mean we’re saying that particular belief system or way of thinking is correct or morally right. We’re just saying a person has a right to have their own views and to express those views without fear of being violently assaulted.

Whether a Republican or Democrat, no one should be assaulted for supporting a politician or political party. With all of the preaching the left does on tolerance, to be so hateful toward those who are conservative is the epitome of hypocrisy.

Let’s all try to actually practice what we preach and learn to love one another better.