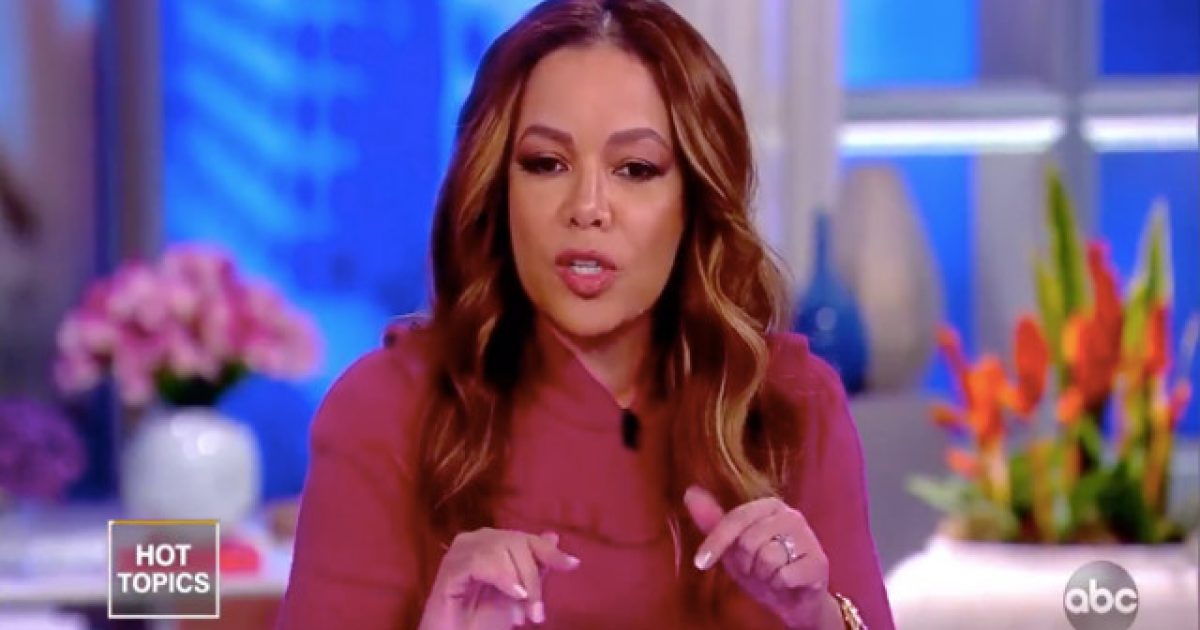 Super duper liberal Sunny Hostin admitted on Wednesday that she doesn’t at all care about the way former President Barack Obama treated migrants. No, the only thing she cares about is how Trump and his administration are treating them.

Someone should purchase Hostin a dictionary, because it’s fairly clear here that she has no idea what the word “hypocrisy” means. So much for holding folks in your own camp accountable for not practicing what they preach.

In a segment on ABC’s “The View” talking about the recent incident where tear gas was used on migrants who threw rocks at U.S. Border Patrol agents, conservatives Abby Huntsman and Meghan McCain highlighted the media’s hypocrisy in their coverage for largely ignoring worse actions from the Obama administration. NewsBusters reports:

Citing the National Review, Whoopi began by pointing out that the conservative outlet argued that when President Obama tear-gassed illegal immigrants crossing the border, no one made a fuss like they are doing now in the media. But co-host Joy Behar was reticent to believe that Obama did such a thing.

“Do they have a photo like that when Obama was in office?” Behar asked while showing a picture of a woman running from tear gas with her two kids.

“Homeland Security data does validate that, that it happened multiple times, more than once a month, in fact, during the Obama years,” McCain responded.

Huntsman went even further, saying: “In that piece, it said over a period of four months in 2014 under the Obama years HHS allegedly placed a number of unaccompanied children into the hands of a ring of human traffickers, who forced them to work on egg farms in and around Ohio, leading to a federal and criminal indictment. According to the indictment, the minors victims were forced to work six and seven hours a week, 12 hours per day. These are the things we don’t talk about.”

“The last I checked President Obama is no longer in office,” Hostin said, as she became visibly angry. “President Trump is in office!”

“I don’t care what Obama did!” Hostin continued. “I care what Trump is doing right here right now!”

Meghan McCain and Abby Huntsman highlight that Obama used tear gas on immigrants every month during his presidency and his admin placed children with human traffickers.

The left’s absolute hatred for President Trump is totally astounding. They are so angry and sore over the fact he’s in the White House that they’ve made it their life’s ambition to give him a hard time, no matter what he does that might benefit average Americans.

Liberals want to “hold people accountable” so long as they don’t belong to their own political party. If Hostin can’t wrap her mind around why it’s important to note Obama also used tear gas on immigrants, then she needs to stop commenting on politics.