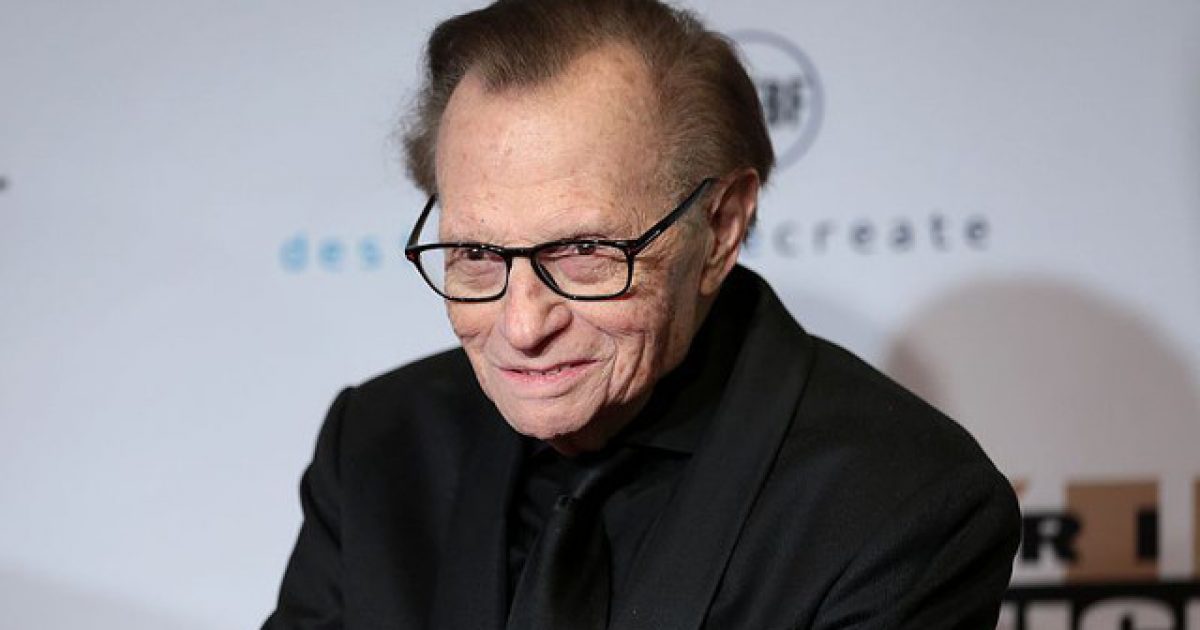 Legendary interviewer Larry King recently spoke out about his feelings on CNN and other major news outlets of the day, stating that they aren’t really news networks anymore, they’re “Trump” networks, obsessively focusing on the exploits of the president.

He also stated that they “do pundits,” which basically insinuates they are more focused on opining about the news instead of reporting it like they did back in the golden age of journalism.

King offered his observations during a Thursday interview with the Mediaite-affiliated Law & Crime Network that touched on CNN’s lawsuit against the Trump administration for pulling the press credentials of Jim Acosta, the network’s chief White House correspondent.

“Jim was a little out of line,” King said. “I wouldn’t have gone that far. [Trump] answered one or two questions, then he didn’t want to answer anymore. You got a room full of people, all of whom have the right to ask questions. Jim might have gone a little too far. The president kept going back to him. … To me, you know what this was? Eighth grade. It was the playground: ‘That’s my ball and I wanna play today on the team.’ It was childish.”

Responding to the interviewer’s comment that King once said “CNN stopped doing news a long time ago,” King added to it, saying “they do pundits.”

Here’s a video of King making his comments. The part concerning news networks begins at the one minute mark.

Mr. King is right on the money. The vast majority of mainstream news outlets spend the majority of their time creating opinion based content rather than actually reporting the facts of what is going on in the world.

And as King stated, the focus is singular. It’s all about President Trump. There is a lot going on in the world today, but it seems none of that is important enough to earn some actual air time because, well, as much as the media acts like they hate Trump, the truth is, they love him.

Without Trump, their ratings, especially CNN’s, would be in the toilet going swirly.