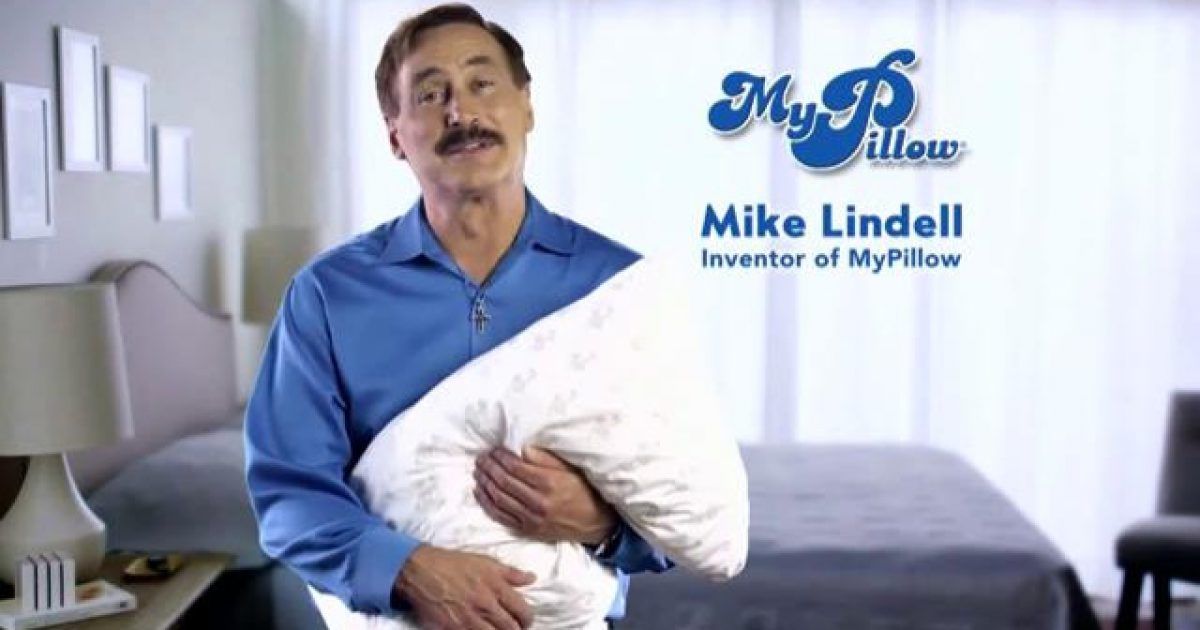 Have you ever heard of the popular product MyPillow? If you have, then you’re familiar with the work of Michael Lindell, a former cocaine addict who, by the grace of God, turned his life around and has amassed a fortune of over $300 million.

As if that isn’t already super cool, it turns out Lindell is also investing $1 million of his fortune into a new anti-abortion film being put together by the makers of “God’s Not Dead.”

“I don’t get into things for the money; I get into them if the message is right,” Lindell, a supporter of President Trump who invented “My Pillow,” told The Hollywood Reporter.

Lindell invested the $1 million into “Unplanned,” a movie shot in secret because it gets behind the scenes inside Planned Parenthood, the Reporter said.

His investment amounts to one-sixth the entire production budget of Unplanned, which comes from some of the same filmmakers who were behind God’s Not Dead and I Can Only Imagine, a couple of Christian films that did well at the box office, earning $61 million and $84 million, respectively.

Lindell also has a cameo in Unplanned that’s sure to raise eyebrows in certain circles, as he is seen bulldozing a Planned Parenthood site to make way for the headquarters of an anti-abortion group called 40 Days for Life. “I’m pro-life and I’m happy to do it,” Lindell says.

Unplanned is the second movie Lindell helped fund, the first being Church People, a Christian comedy starring Stephen Baldwin that is in postproduction. Lindell has a cameo in that film as well. “It was difficult. I have a spirit of unworthiness so I had to get over my shyness,” he says.

Lindell took a lot of flack earlier this year when he refused to pull the MyPillow ads from Fox News host Laura Ingraham’s television program after anti-gun activist David Hogg demanded a boycott of her show.

I did not take my advertising down from @IngrahamAngle and @FoxNews, nor do I intend to. @seanhannity

This is such an amazing gesture and a film like “Unplanned” is something that’s desperately needed right now, as abortion is without a doubt the Civil Rights issue of this modern generation.

Millions of unborn children have been murdered as a result of this scourge on America, and if we really believe in every single human life being precious as image bearers of God with unalienable rights, then we better be about the business of protecting the rights of our most vulnerable citizens.

Here’s to hoping the film reaches folks in a powerful way and helps reveal the true horrors of abortion.