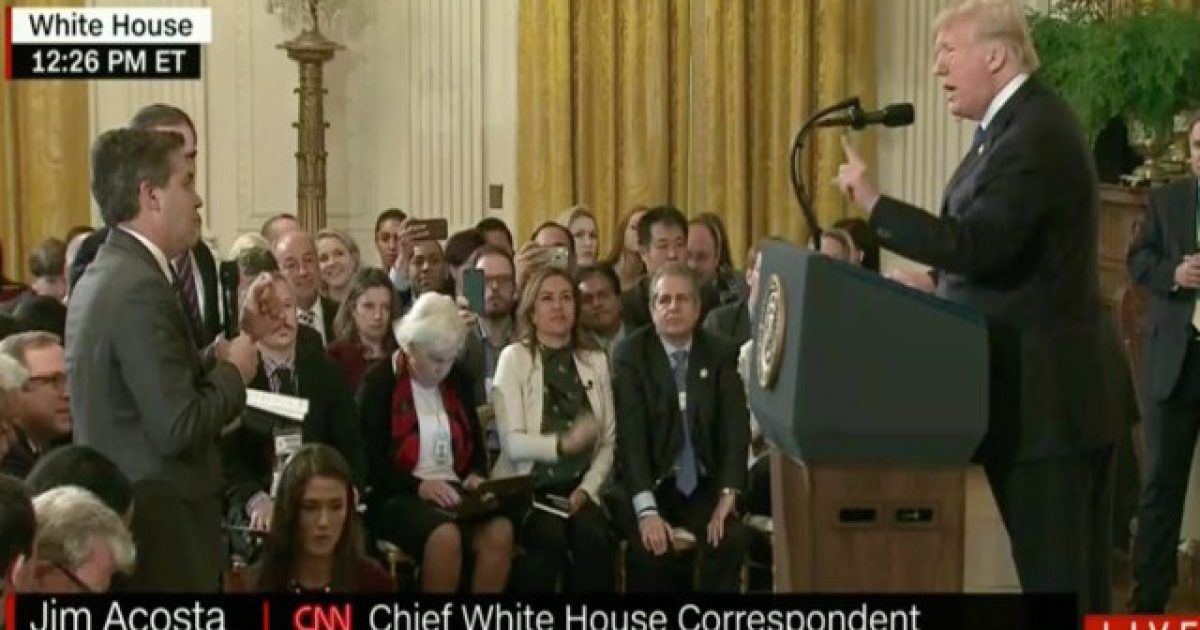 The White House has concocted a new set of rules to govern press conferences in light of the constant rude behavior of CNN reporter Jim Acosta, which is a move that’s likely going to upset a whole lot of journalists.

At the end of the day, they have no one to blame but Acosta who sacrificed journalistic integrity and professionalism for fifteen minutes of fame. Apparently reporting the truth isn’t as glamorous as becoming part of the story.

The White House’s decision comes after they had the Secret Service take Acosta’s press pass on November 7, when he refused to give up the microphone after asking repeated questions and touched a young female aide who tried to take the microphone away.

The White House outlined the following four new rules that reporters must abide by at press conferences:

1. A journalist called upon to ask a question will ask a single question and then will yield the floor to other journalists;

2. At the discretion of the President or other White House official taking questions, a follow-up question or questions may be permitted; and where a follow up has been allowed and asked, the questioner will then yield the floor;

3. “Yielding the floor” includes, when applicable, physically surrendering the microphone to White House staff for use by the next questioner;

4. Failure to abide by any of rules (1)-(3) may result in suspension or revocation of the journalist’s hard pass.

It’s absolutely tragic that this set of rules needs to be so clearly articulated in a written list for a group of adults. It’s the kind of thing a teacher might have to do when the students in her class are unruly.

This also exposes an absolute failure on the part of the news organizations who employ people like Acosta. They are supposed to be training their employees in the proper etiquette required to possess a job where one interacts with people of high esteem. They are obviously not doing a good job of preparing their staff in this manner.

Hopefully the new rules will do the trick and help keep Acosta, and anyone considering emulating him, in line.