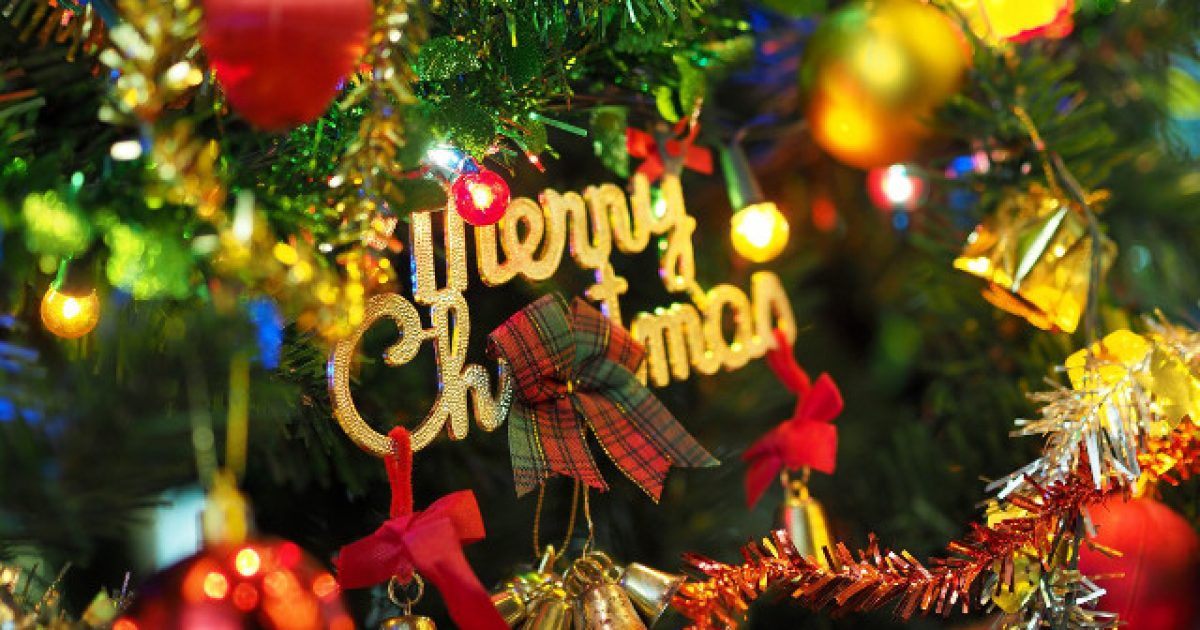 The Huffington Post has really been on a roll this week in their attacks on the Christmas holiday season. They kicked things off with a ridiculous article slamming “Rudolph The Red-Nosed Reindeer” and are now lecturing parents on why they should stop teaching kids to say Merry Christmas and instead say “Happy Holidays.”

You know, it’s almost like HuffPo is in the business of stirring up strive and division for the sole purpose of nabbing some clicks on their links and making a quick Christmas buck or two off the controversy.

The article by Doyin Richards begins with a letter from a mother in Texas who claims her son stoked the ire of fellow neighbors when he wished them a “Happy Holidays.”

“My family is Jewish, and we recently moved from Massachusetts to Texas for my husband’s job,” the letter from Chloe in San Antonio reads. “Last week, my 11-year-old son said ‘happy holidays!’ to the mom who lives across the street. According to my son and my husband (who was present), she got visibly upset and replied, ‘Don’t say that to me! We celebrate Christmas here!'”

Obviously, the neighbor responded rudely and should have just said “Thank you” before moving on with their day. Doyin, however, uses the anecdote as a point to say that “Merry Christmas” proponents have a big problem with “inclusion.” He provides a weak analogy to illustrate his point: a restaurant adding more sauces to a menu in order to satisfy minority consumers while the majority enjoys marinara sauce.

“The owners did the wise thing and created a ‘sauce’ section in the buffet that also included ranch dressing, honey mustard, pesto and some secret sauce that nobody is quite sure of,” writes Doyin. “The bottom line: Customers are still be able to stuff their faces with marinara if they choose, it’s just that marinara will be included in a section with other sauces as well.”

“That’s what ‘happy holidays’ is in a nutshell — a greeting of inclusion,” he continued. “Who in their right mind would have a problem with this? What guy boycotts a restaurant because he believes there’s a “war against marinara sauce?”

That analogy is wrought with so many problems, it’s hard to know where to begin. A better one would be a restaurant calling itself “Marinara House” and then changing its name to “Sauce House” to appease a few minority customers even though the entire theme of the restaurant (and what made it so unique and popular in the first place) is about marinara sauce. The same goes for storefronts that put up Christmas decorations and then say “Happy Holidays.”

Bois, the author of the source material quoted above, nailed it when he said that Christmas is the official national holiday of the United States. It’s the reason people get off work, have get-togethers, swap presents, decorate trees, ect.

The vast majority of the nation will be decked out in Christmas lights and decorations. It’s Christmas time. Get. Over. It.

It’s ridiculous to tip-toe around folks who don’t celebrate the holiday — which is a precious few here in the good ole United States of America — and why should the majority of us, who want to say “Merry Christmas” cater to a minority of people and their easily offended whims?