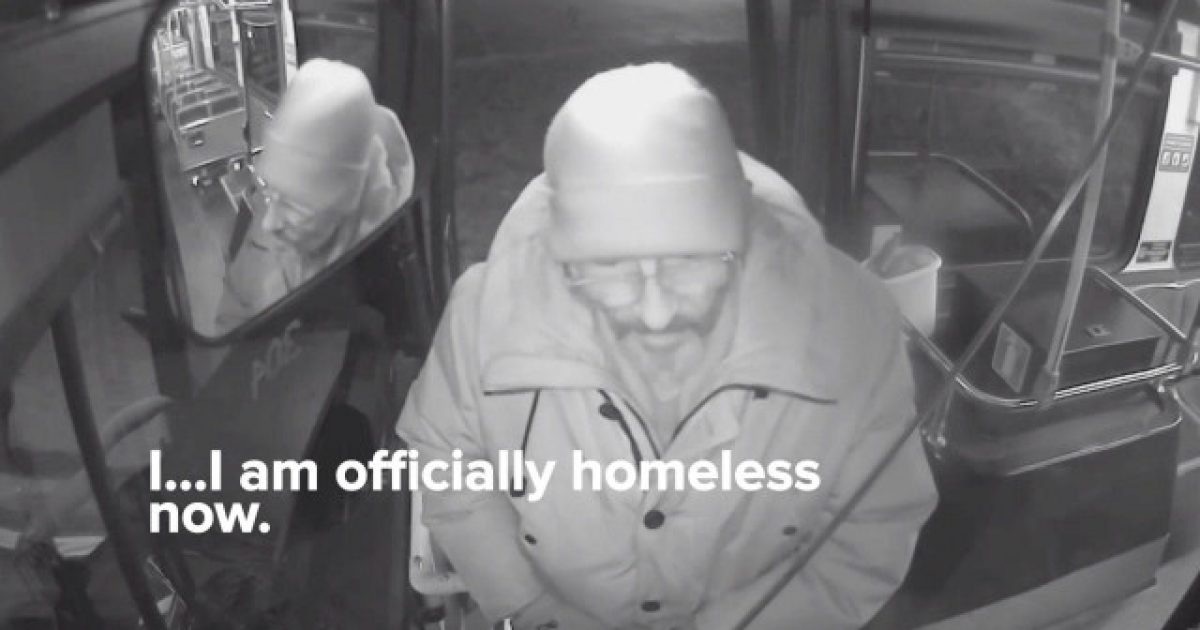 Natalie Barnes, a bus driver in Milwaukee was awarded for being an example of goodness in her community this holiday season after what she did for a homeless bus passenger.

This story is a great reminder that while division is running rampant all across our great nation, God is still at work, looking at for folks from all walks of life. And He’s using ordinary people to do extraordinary things.

In October, Barnes was driving her route when she picked up one of her regular passengers — an older man named Richard. Surveillance video captured the moment when Richard told Barnes that he was “officially homeless.”

“I’ve been out on the streets for a week,” Richard tells Barnes, and goes on to tell her that the house he’d been staying in had been condemned after the structure had caught fire some time ago.

Barnes reacts with shock and digs for more information on Richard’s dire situation. She offers to buy him dinner, but he declines. So she asks if he’d like to run her route with her for another six hours. Richard does, and appears grateful to stay on the warm bus for the remainder of the cold October evening.

At the end of her shift, Barnes spoke more with Richard about his predicament, according to the outlet. She gave him food and set him up with a temporary shelter.

The Milwaukee County Transit System honored Barnes for her noble gesture in helping the man. During the ceremony, Barnes revealed the reason why she decided to help the man, showcasing pure class and a kind heart.

“It was important that he found somewhere warm to stay for the night, at minimum,” she said, and later added that homelessness is a problem on her route, with “a lot of people who are looking in the garbages for food.”

“[The homeless people are] underdressed,” she said. “They don’t have anywhere to go. … They need help. They should have basic necessities like food and like clothing just to survive.”

Barnes went on to provide her cell phone number for Richard, hoping he stays in contact with her, stating the pair talk every few days. During their phone conversations, Richard thanks her for helping him, referring to her as his “little guardian angel.”

The story seems to have a happy ending as a local advocacy group has secured permanent housing for the man.

This is the third commendation for Barnes.