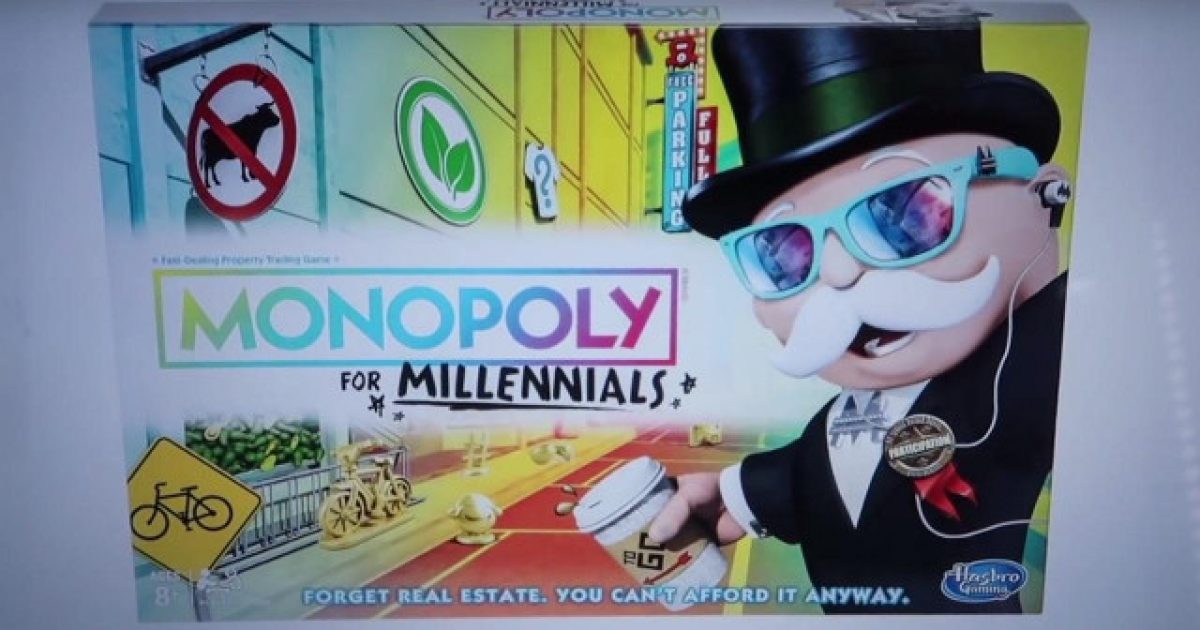 A new game is hitting toy store shelves all across America, just in time for Christmas, and if you’re of the persuasion that millennials — AKA the “selfie generation” — are a group of folks worthy of endless mockery, you’re simply going to flip for it.

“Monopoly for Millennials” is a brand spanking new version of the classic board game that pokes fun of millennials with absolutely zero mercy, and while many folks are chuckling about it all, some millennials aren’t laughing.

Players don’t buy up properties; they collect “experiences” — such as a weeklong meditation retreat, bellying up to an artisanal coffee bar, heading to the vegan bistro or the farmer’s market, or simply your friend’s couch or your parents’ basement. 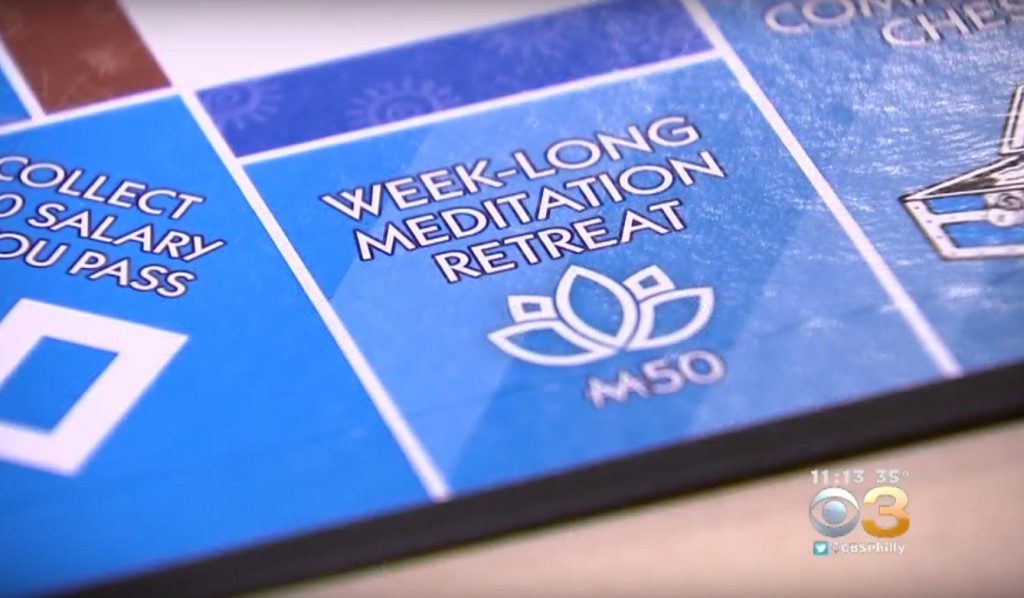 Other “destinations” include a national park, an animal rescue, a yoga studio, and a karaoke club. And the player with the most experiences wins.

Players don’t pay rent — instead they visit one another, which affords them even more experience points.

Game pieces include a bicycle, a camera, and a — brace yourselves — a hashtag symbol.

Community Chest cards include “Your mom learned how to text! Advance to Go” along with “You get a fourth job. Hashtag hustle. Hashtag side gig. Hashtag NoDaysOff.”

One Chance card reads, “Your cellmate is sick of you vlogging about prison life. Get out of jail free.”

Among the rules is that the player with the most student debt rolls first, KYW-TV reported.

So how are millennials reacting to the game? Exactly how you probably think they would. 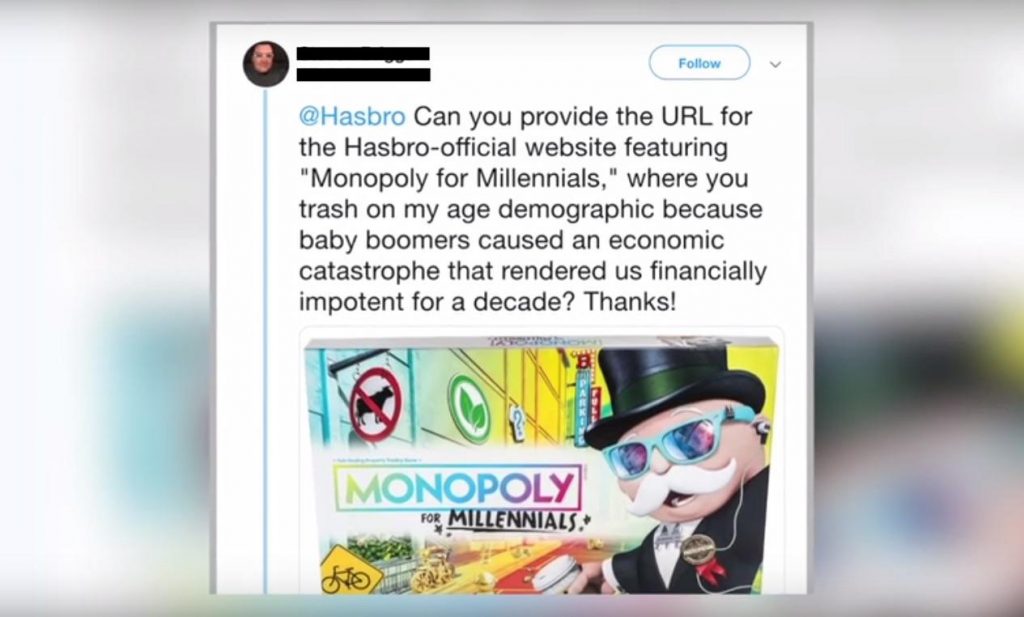 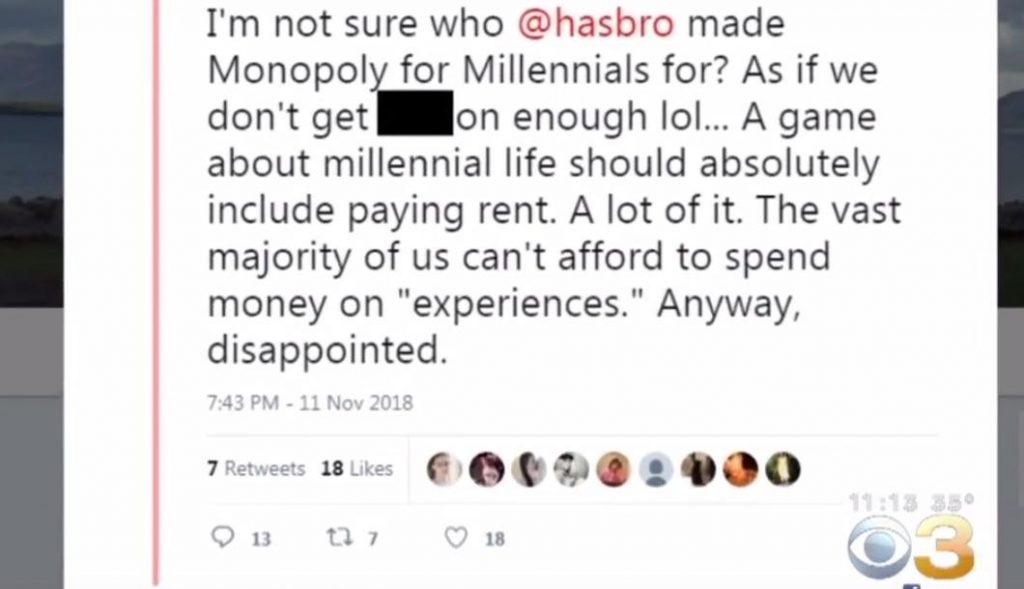 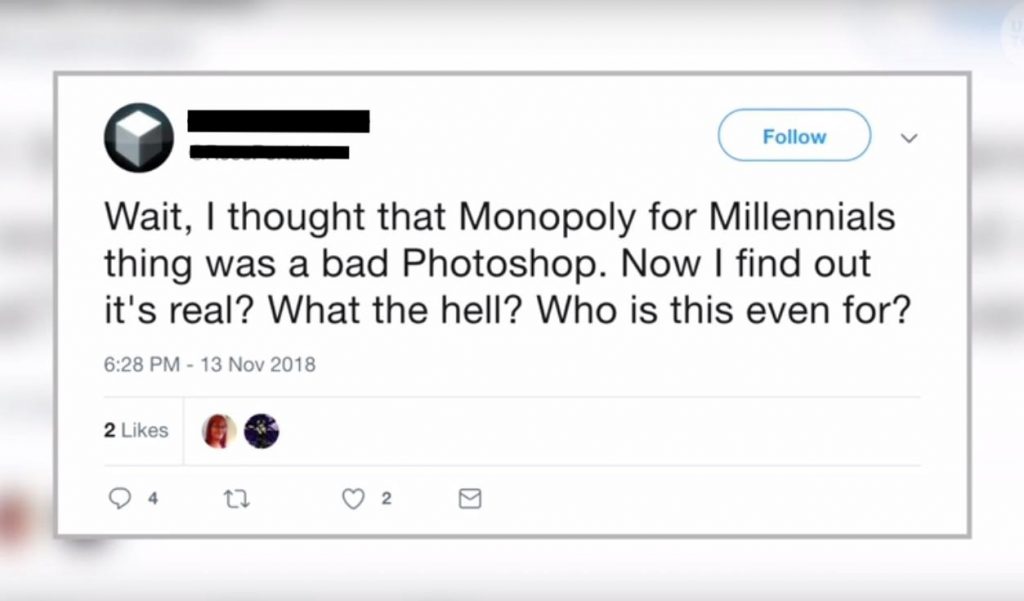 Now, let’s be honest for a minute here. Millennials as a generation do tend to do a lot of ridiculous things that leave their demographic entirely open to mockery of all persuasions.

Just take safe spaces for example. That in and of itself is enough.

However, it’s important to note that the reason many millennials are the way they are is due in large part to the way previous generations dropped the ball. By allowing public schools to take over the bulk of parenting, we’ve allowed the federal government, a progressive institution, to have full reign in raising our children and instilling in them their own value system, which, with careful examination, is not at all the one the vast majority of us adhere to.

On top of that, previous generations also allowed the federal government to swell out of control, becoming a bloated, greedy monster that has become a severe drain on the wallets of American citizens.

Granted, that doesn’t mean millennials get off the hook. They should be learning from these mistakes, making the appropriate corrections where needed, not asking the rest of us to “hold their beers” while they show us how they can top these mistakes with brand new ones.

Point is, we all have played a role in digging the hole America resides in at the moment. It’s going to take all of us to dig back out too.