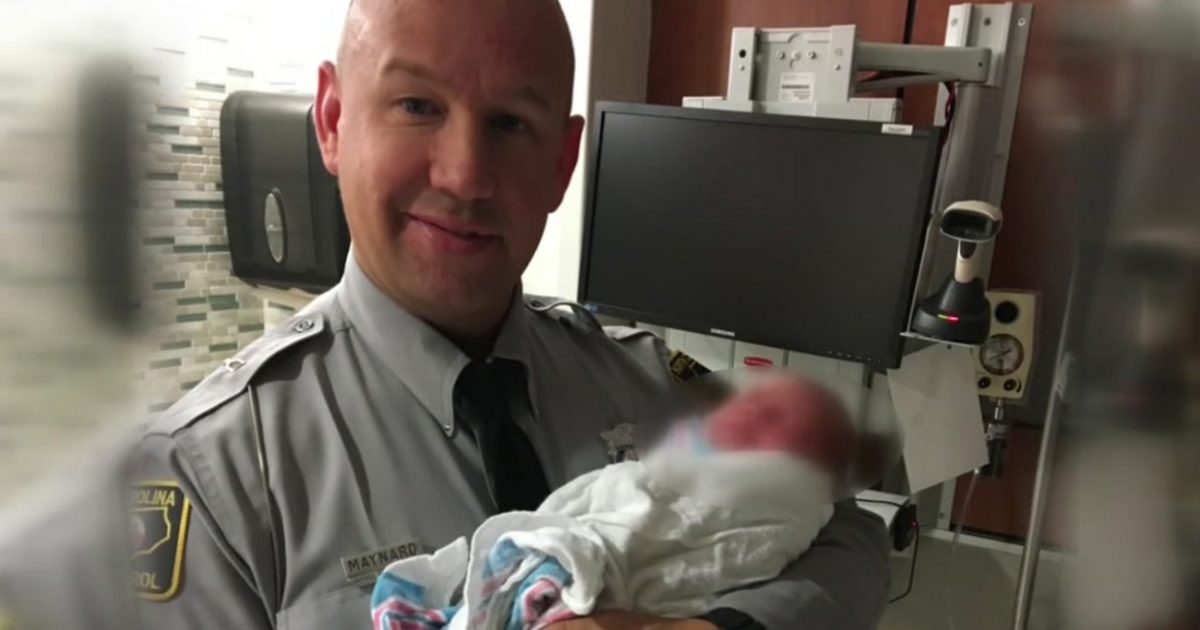 When you’re a state highway patrol trooper, you’re pretty much used to seeing and responding to speeding vehicles barreling down the highway, breaking the speed limit. It’s pretty much why the job exists in the first place.

However, the speeding van that Sgt. Brian Maynard ended up pulling over this past weekend on North Carolina Highway 64 wasn’t just putting the pedal to the metal to be some sort of rebel or because the driver was late to work.

It’s because a pregnant woman in the vehicle was in the middle of giving birth to a child.

During the traffic stop, Jimmy Baker and his wife, Laura, told the trooper about their plight and said they needed him to lend a hand.

A dash cam mounted in Maynard’s police cruiser captured footage of the family’s van as it was traveling about 85 miles per hour around 11 p.m. on the highway. They pulled their vehicle over on NC-64, just west of Exit 429.

Maynard called an ambulance to the scene but everyone on the side of the road realized the baby wouldn’t wait for paramedics to arrive.

“The labor came so quickly that (we knew) they weren’t going to be able to make it,” Maynard said.

He retrieved a blanket from his police cruiser and gloves and helped the couple give birth.

“It was scary, yet rewarding at the same time,” Maynard said. “It was the first time I had to do that.”

The trooper said he remembered his training and sprang into action as Laura was bringing her baby into the world.

Maynard stated that he “did the best he could,” and baby Halyn was brought into the world and taken to WakeMed. So far, there have not been any reports of complications from the roadside birth.

Baker said his wife and baby are doing well.

Police officers really are heroes in so many ways. Be sure to let your local law enforcement officers know how much you appreciate the effort they put in to keeping your local community safe. Little gestures go along.