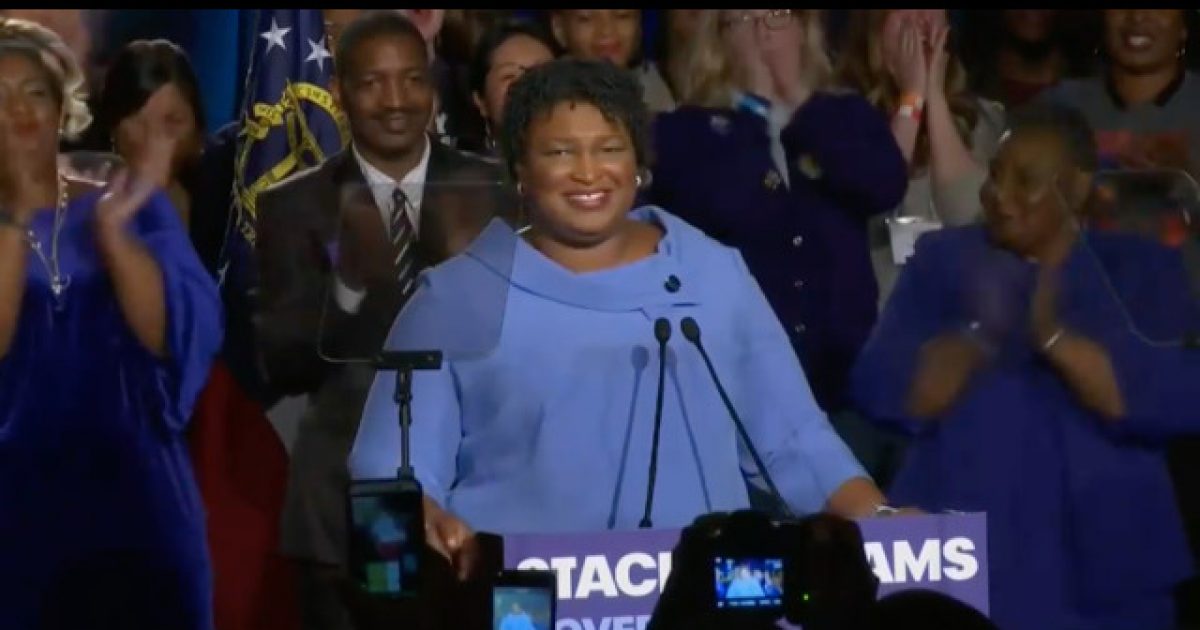 Stacey Abrams, the Democratic gubernatorial candidate in the state of Georgia, is planning to take an unprecedented step if her opponent, GOP candidate Brian Kemp, is declared the winner of the race, stating it will be because of voting irregularities.

Abrams and her campaign have stated that they will present a legal challenge to the victory and demand an entirely new election.

Remember back in the day when Trump was criticized for not accepting election results and moving on? Funny how quickly Democrats turn hypocritical, isn’t it?

AP is still refusing to call a winner in the race and state officials have not certified the results, despite the fact that Kemp, who has been serving as Georgia’s secretary of state, received roughly 50.2% of the vote, leaving him about 18,000 votes above the threshold required to win by a majority. That margin is large enough so that a December 4 runoff would not be required.

AP notes, “Allegra Lawrence-Hardy, Abrams’ campaign chairwoman, is overseeing a team of almost three-dozen lawyers who in the coming days will draft the petition, along with a ream of affidavits from voters and would-be voters who say they were disenfranchised. Abrams would then decide whether to go to court under a provision of Georgia election law that allows losing candidates to challenge results based on ‘misconduct, fraud or irregularities … sufficient to change or place in doubt the results.’”

If Abrams pursues such a path, she would claim that irregularities were so numerous that 18,000 or more voters were prevented from voting or had their ballots destroyed. Lawrence-Hardy told AP Abrams thinks many of her minority and poorer voters unused to voting met roadblocks when they tried to vote. She added, “These stories to me are such that they have to be addressed. It’s just a much bigger responsibility. I feel like our mandate has blossomed. … Maybe this is our moment.”

Kemp responded to the madness being pushed by Abrams by calling her threats a “disgrace to democracy” and said it’s just an attempt to “count illegal votes.”

Some might say both of these folks sound a might conspiratorial in their tone with each other, but after all of the wackiness going on in Florida’s midterm election, is it really that far fetched to think a Democratic candidate would attempt to manipulate the voting system to steal a victory from their Republican opponent?

Sadly, the answer is no.

Abrams needs to face reality. If she loses the election, it’s not likely to be voter fraud. It’s the voice of the people rejecting her as an elected official. Yes, that will most certainly sting a little, but rather than try to ruin the integrity of the voting system and silence the voice of American citizens, perhaps she ought to examine her platform and talk with folks to find out what didn’t work for them and make some changes.