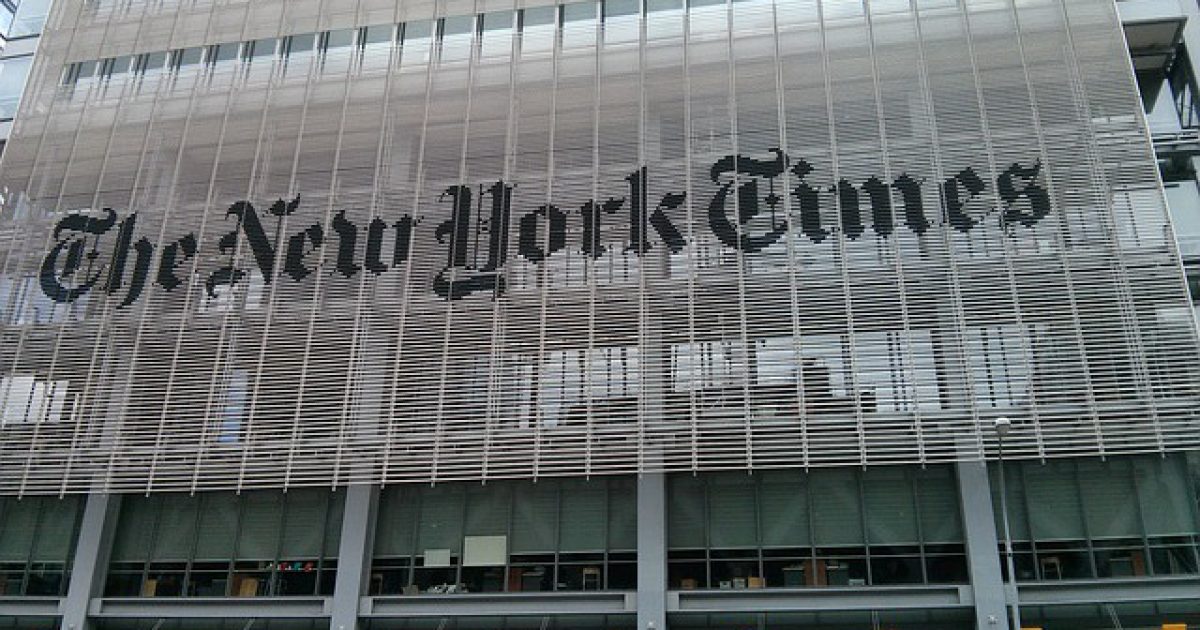 Liberals in the mainstream media absolutely loathe seeing conservatives all over social media, starting their own alternative news outlets and attempting to network together to ensure the truth of what’s going on in this country gets out to the masses.

How much do these folks hate people on the right using Facebook and Twitter to push conservative values? Apparently enough to compare them to “jihadists.”

This is truly deplorable and is a sign the MSM is hitting a new low.

The Times used the definition of “right-wing extremism” provided by the Global Terrorism Database at the University of Maryland: “violence in support of the belief that personal and/or national way of life is under attack and is either already lost or that the threat is imminent.”

The op-ed also relied on the much-criticized study, “Alternative Influence Network,” released by the Data & Society Research Institute. This study linked top conservatives such as Ben Shapiro, Dennis Prager, and Andrew Klavan to white supremacists such as Richard Spencer. The Times summarized the study: “What begins with a few racist slurs may lead to exposure to overt white supremacist propaganda.”

Then the comparison to dangerous jihadists began. The piece warned that Anwar al-Awlaki, a terrorist killed by a U.S. drone, encouraged radical Islam online. That then resulted in the Fort Hood shooter, the Boston Marathon bombings, and the Charlie Hebdo shootings. Because of al-Awlaki’s “digital footprint” left on YouTube, his influence continued. The Times wrote that “right-wing extremism” that influenced shootings should be taken down the same way that Islamic terrorist propaganda is taken down.

What’s really hilarious about this piece is that the NY Times seems to be under the delusion that violence from radical left-wing groups — like Antifa for example — is on the decline, though they did admit that anti-Semitism was increasing.

What they neglected to mention was that one of their very own champions, the Rev. Louis Farrakhan, is one of the biggest anti-Semites in the world Yet he’s well loved and supported by many big named Democratic politicians.

Conservatives on social media are attempting to do the exact same things that those on the left are doing. They are building a network of like-minded individuals who are swapping information and encouraging one another to stand boldly on the principles they believe in.

It’s ridiculous to lump all people into one group. Unfortunately, this is a truth the MSM seems happy to toss in the proverbial wastebasket.