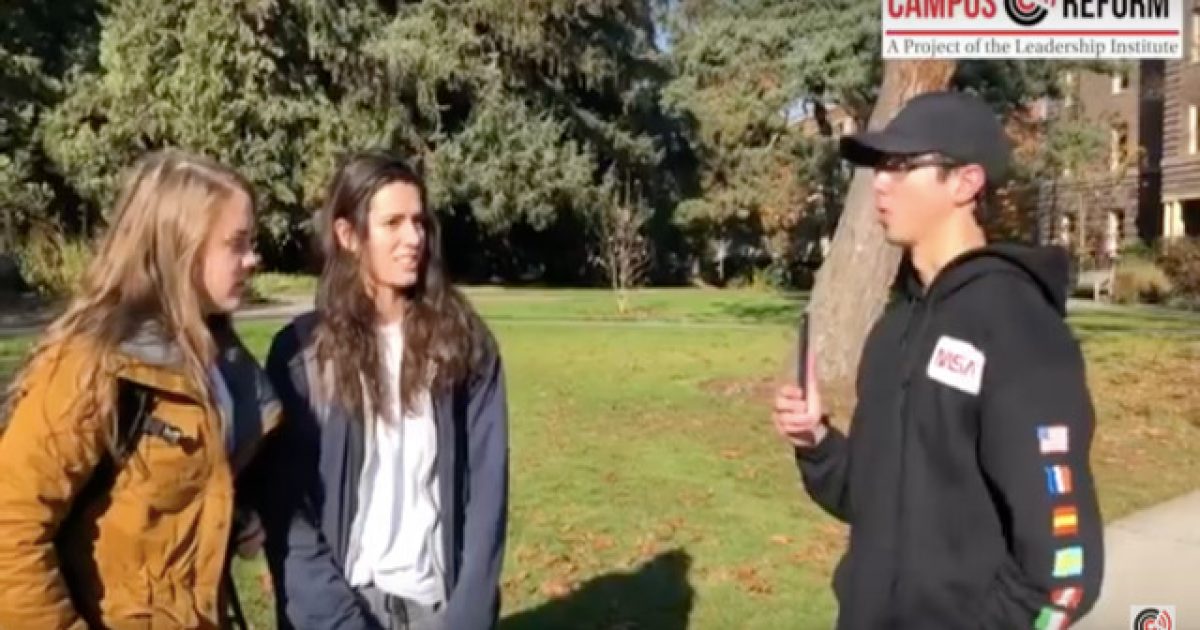 The good folks over at Campus Reform decided to another one of their excellent “man on the street” segments, sending correspondent Josiah Tejada to the University of Oregon to find out if students there actually believe that Thanksgiving is a racist holiday.

The school recently held an event with the purpose of “decolonizing” the holiday, which has been labeled by the school as a “celebration of ongoing genocide.” The event was titled “Thanks, but No Thanks-giving.”

“There’s definitely a racist history to Thanksgiving and that should probably definitely be addressed more in education,” one student said. Another student told Campus Reform, “the whole concept with, like, taking land and assigning a value to it through cost is, like, it was different through European cultures.”

Yet another student characterized Turkey Day as “racist,” because “we’re celebrating taking away land from Natives.”

“It doesn’t have to be not celebrated, but if we can change it to instead of feeding ourselves maybe feeding the natives or donating to natives. Do we really need a giant feast?” one student opined.

“Honestly, like, I’m not super educated on the topic but I just know that it has to do with the way the settlers treated the Natives who lived here,” a respondent said.

Is there a single holiday out there that the left doesn’t seem to hate with a passion? These folks are so negative, always searching for some nefarious plot underneath every action.

It seems that they are so desperate to have a cause to fight for, something to give their lives meaning, that they’ll just make stuff up to satisfy that itch. Like attacking Thanksgiving.

This is a holiday about unity. Native Americans and colonists actually set aside their differences and enjoyed a feast together. It was a joyous occasion. Isn’t that the sort of thing that liberals are supposed to be all about?

Well, regardless of whether or not these seemingly clueless young people celebrate it or not, the vast majority of Americans are going to have a blessed day, celebrating and giving thanks for the blessings in their lives.