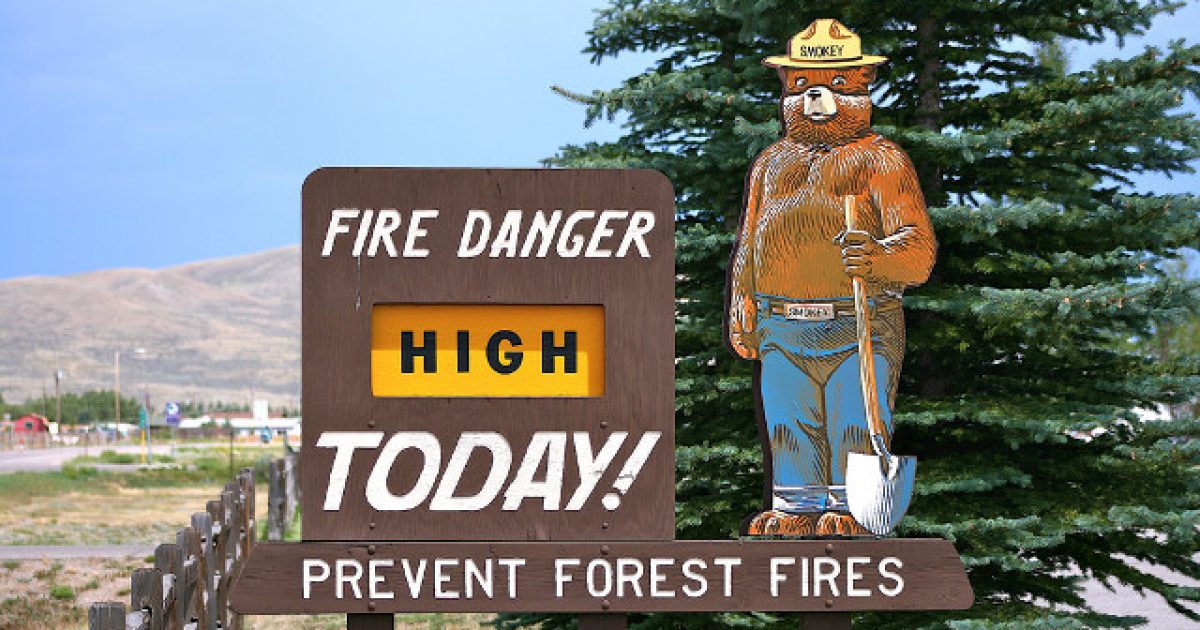 Buzzfeed News — try to restrain yourself from busting a gut laughing, but they are apparently a “serious” news source these days — tried to pull a zinger against Smokey the Bear in light of the wildfires in California, attempting to bolster their image as experts in forest fires by appearing smart and educated.

Apparently they are neither.

The news outlet claimed that Smokey’s campaign was bad for California, stating it was all about wildfire suppression.

Things just snowballed downhill from there.

“Most experts now agree that a decades-long policy of suppressing fires in forests, a campaign fronted by Smokey Bear, was a bad idea,” the tweet said. “At best, it damaged ecosystems that need to burn from time to time. At worst, it created a tinderbox of unnaturally dense vegetation.”

The problem here is that Smokey the Bear didn’t advocate for wildfire suppression. He advocated for wildfire prevention, as evidenced by his wildly known catchphrase, “Only you can prevent forest fires.”

The Buzzfeed tweet was part of a thread discussing the recent forest fires in California. After deleting the tweet, Buzzfeed put up an explanation.

“(And yes, his name is actually Smokey Bear),” Buzzfeed added, as if anyone cares that a federal mascot is a bear who also has the last name of Bear.

(And yes, his name is actually Smokey Bear) pic.twitter.com/8LZdRkZvGf

Here are some responses Buzzfeed received from the good folks on Twitter. Some of these are pretty funny.

The slogan was "Only you can prevent forest fires". That should have been a hint.

Top tip, hire editors that are older than 21. Starting to look more and more like a parody account.

When you come for the king you best not miss… pic.twitter.com/jPNpIlowsI

Also, McGruff the Crime Dog doesn't advocate for committing crimes… he encourages crime prevention in case you were confused.

This is what happens when your perception of your intelligence doesn’t actually match reality, thus plastering a fair amount of egg across your chops.

All of this could’ve been cleared up with a bit of basic Google research, which apparently the oh so busy editors at Buzzfeed didn’t have the time to complete.