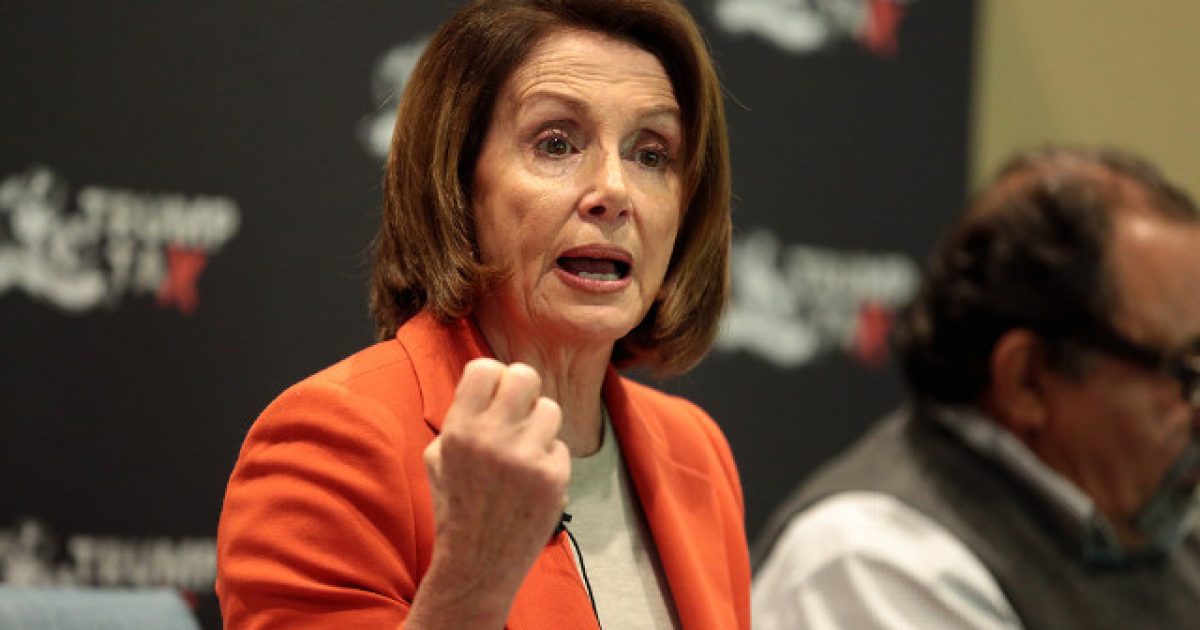 Remember the budding movement against Rep. Nancy Pelosi in the Democratic Party? All those representatives and senators who were dead set against her becoming the next Speaker of the House and felt like she was bad for the progressive movement?

Well, as it turns out, they’re all spineless jellyfish. Yes, you heard it right, folks. The coalition of Democratic representatives who were big talkers about opposing Pelosi have caved.

Representative Seth Moulton (D-MA), who was the lead author of an open-letter addressed to Pelosi, issued at the beginning of last week, was talking tough until Tuesday, when he told the NYT that he was looking to collaborate with Pelosi instead, and perhaps win a few concessions. And although he didn’t specifically say he’d be dropping his challenge as payment for Pelosi’s attention, the quid-pro-quo is certainly implied.

“Representative Seth Moulton of Massachusetts, who helped spearhead a letter last week in which 16 Democrats said it was time for Ms. Pelosi to stand aside, said that his effort was ‘bigger than her,’ as Democratic aides aligned with him said that some of the defectors were searching for a deal that would ultimately allow them to vote for her,” according to the NYT.

Moulton’s insurgency never really got big enough to deny Pelosi her God-given right to lead the Democrat-controlled House of Representatives into a quagmire of investigations and committee hearings; at best, Moulton’s group might have forced Pelosi to campaign for support outside of the narrow committee that typically recommends Democrats for leadership positions.

Last week, Moulton and his group also faced down a host of high-profile defectors, like Representative-elect Alexandria Ocasio-Cortez (D-NY), who complained that while Moulton’s message was right — that the Democrats needed fresh, new leadership — there were no obvious challengers, and certainly no more progressive challengers, for the Speaker’s gavel.

The best Moulton’s coalition could do was offer up Rep. Marcia Fudge (D-OH), who found herself on the wrong end of what is likely a Pelosi-led opposition research effort. A letter Fudge wrote in support of a lenient sentence for a friend convicted of domestic violence suddenly surfaced, just as Fudge was emerging as a top contender (and just as that same friend became the lead suspect in a murder case involving the woman he was convicted of abusing).

Fudge ended up making her own deal with Pelosi, which included not challenging her for Speaker in exchange for a seat as the head honcho of the House committee on voting rights.

As you can see, these folks never believed in truly standing on principle. They were simply resisting Pelosi in hopes of getting something in return for their support that would further their own careers. Nothing more.

The left has never really been the kind of movement where individuals who believe they have the truth stand up and defend that belief with bulldog determination, so this probably shouldn’t come as much of a shock.

Still, it’s a bit disappointing. Guess we’re all stuck with Pelosi for eternity.