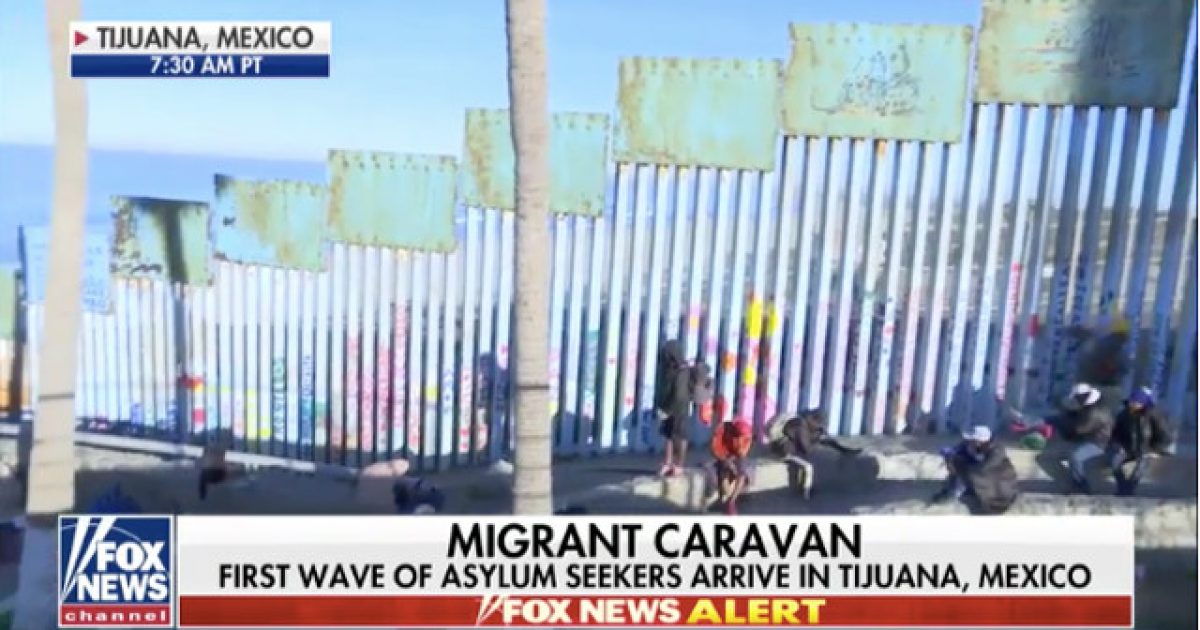 More than a dozen members of the migrant caravan were busted Wednesday night while trying to cross the U.S.-Tijuana border, according to a border patrol source in San Diego.

A small group of individuals were arrested close to a beach area known as Playas de Tijuana. Another group was caught in the mountains east of Otay Mesa, which is a community in San Diego that straddles the Mexican border.

All individuals were attempting to cross illegally.

Separately, a fight broke out Wednesday night in Tijuana between local Mexicans and Hondurans arriving in the caravan. The migrants complained that the locals were yelling: “Go home. We don’t want you here!” Members of the caravan complained to reporters that local police made no attempt to break up the fight.

The developments come as more than 2,000 members of the caravan – which has made international headlines for the past month and added fuel to the already heated immigration debate – are expected to arrive at the border on Thursday. Hundreds of migrants began arriving at the border this week.

About two dozen migrants wrapped in blankets are camped out next to the border fence near the ocean. Others have crammed into already overcrowded shelters or are sleeping in tents.

Some migrants said they were waiting for others members of the caravan to arrive to figure out their next steps.

“We have to see what we’re offered, just so they don’t send us back to our country,” said Jairon Sorto, a 22-year-old Honduran who arrived by bus Wednesday.

U.S. Secretary of Defense Jim Mattis paid a visit to U.S. troops who have been posted along the border in the Lone Star State of Texas. Mattis stated that the order to have the troops stationed at the border is excellent practice for war, a comment meant to combat criticism that the deployment is a waste of tax dollars.

America is a beautiful, kind, loving, and accepting nation where the vast majority of its citizens love the idea of foreign citizens immigrating to the United States, so long as they do so legally.

We are a nation of laws and if folks want to play in our sandbox, they have to obey our rules. It’s as simple as that.