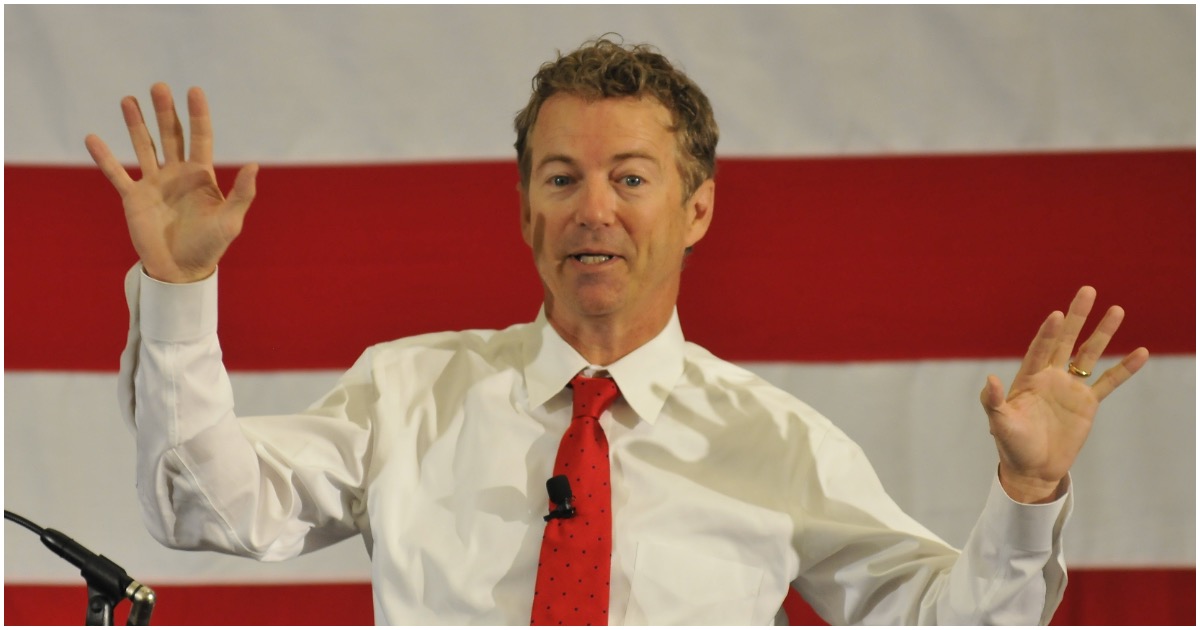 Had a Democrat Congressman been nearly killed by a crazed Republican, the mainstream media would be talking about it to this day.

Any doubts about that?

Check out what Sen. Rand Paul (R-KY) says the MSM ignored about Rep. Steve Scalise’s (R-LA) shooter, who was a far-left radical.

“I was there at the ball field when Steven Scalise almost died from a very, very angry violent man who was incited really by rhetoric on the left,” Paul said.

“And this hasn’t been reported enough, when he came on the field with a semi-automatic weapon firing probably close to 200 shots at us, shooting five people and almost killing Steve Scalise, he was yelling ‘this is for healthcare!” Paul said. “He also had a list of conservative legislators, Republicans, in his pocket that he was willing to kill.”

“So what happens is that when Democrats say ‘get up in their face,’ they need to realize that there are a lot of unstable people out there,” Paul continued. “There are people with anger issues, there are people who are prone to violence.”

“There is going to be an assassination if this doesn’t ratchet down” –@RandPaul on the left’s rhetoric pic.twitter.com/9uTZVgajo4

Paul believes a Republican will be assassinated if Democrats don’t tone down their rhetoric.

Today Rand Paul warned that there might be an “assassination” if those who are “ratcheting up the conversation” don’t start toning it down. As a guy who was attacked and badly beaten just last year, he knows what he’s talking about. We should listen to him.

But, as I detailed yesterday, Democrats are headed rapidly and resolutely in the other direction. Many prominent Democratic figures and lawmakers have explicitly encouraged the chaos and violence. Many others have remained approvingly silent. Eric Holder is the latest Democrat to try his hand at stirring up a mob. He told a cheering crowd, “When they go low, we kick them.” He also called for “rage,” and, most startlingly, openly questioned the “legitimacy” of the Supreme Court.

Now, when Holder calls into question the legitimacy of our governing institutions, and Maxine Waters tells her supporters to follow Republicans around and “tell them they’re not welcome anywhere,” and Hillary Clinton assures us that liberals “cannot be civil” because Republicans are so evil, and Mazie Hirono justifies mob behavior by calling the mobbing hordes “motivated,” and Cory Booker exhorts his base to “get up in the faces” of Republican congressmen, we must conclude one of two things:

1) These leading Democrats are too stupid to know what they’re doing.

I do not think they’re stupid. That leaves only the second option. The only real question is whether Democrats are simply unconcerned with the violence they might cause or if they actively want the violence. I think there is plenty of reason to suspect the latter.