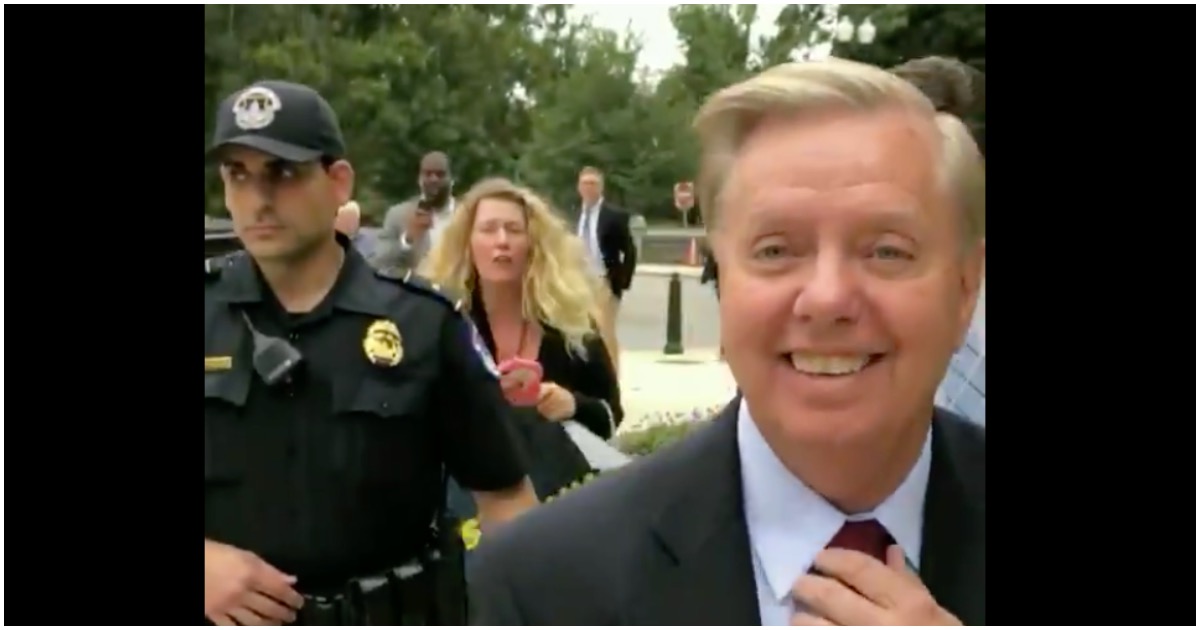 South Carolina’s Lindsey Graham has been on fire as of late.

It all started when the senator lambasted Democrats during the Senate Judiciary Committee hearing of Judge Brett Kavanaugh.

Since then, Graham has told off liberal protesters left and right.

He doesn’t care anymore after witnessing firsthand what the left is capable of when it comes to destroying a man’s life.

Check out Lindsey’s response to a female protester nagging him for supporting Kavanaugh, per Daily Wire:

On Friday, Senator Lindsey Graham (R-SC), followed by a protester screaming at him regarding the nomination of Judge Brett Kavanaugh for the Supreme Court, had another of his patented swift rejoinders when the protester shouted that they would remove him from office, retorting, “Please move to South Carolina.”

A protester barked, “Old, white, privileged patriarchy,” at Graham as he walked to his car.

I WITNESSED BASED LINDSEY GRAHAM IRL

Graham was walking to his car. Protesters followed him screaming that they would remove him from office.

Then looks back at me & smiles.

Christine Blasey Ford apparently didn’t know that she could have testified at home and never even had to make the trip to DC.