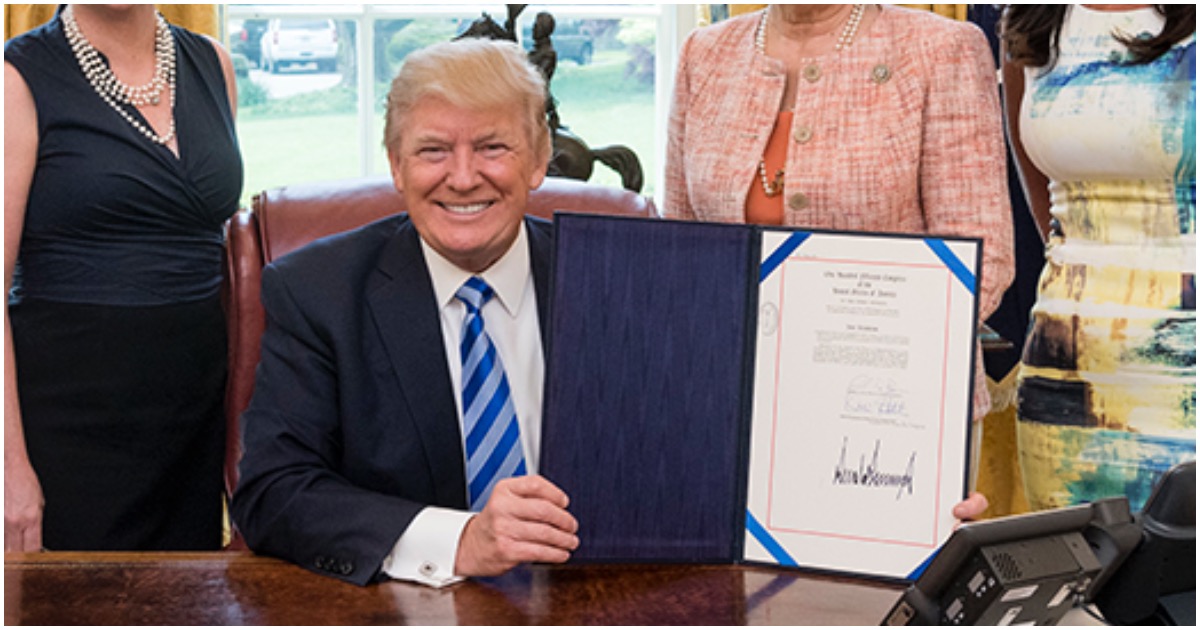 Instead, the “Save Our Seas Act” isn’t likely to receive much, if any, liberal attention.

President Donald Trump added his signature to the “Save Our Seas Act” on Thursday, green-lighting an initiative to clean up eight million tons of debris from the planet’s oceans.

“As president I will continue to do everything I can to stop other nations from making our oceans into their landfills. That’s why I’m pleased – very pleased, I must say – to put my signature on this important legislation,” Trump said as he signed the Save Our Seas Act into law at the Oval Office.

Sponsored by Alaska Republican Sen. Dan Sullivan, the bill aims to promote better domestic and international efforts at cleaning up garbage that is littered throughout the oceans. The new law will extend the National Oceanic and Atmospheric Administration’s Marine Debris Program for another five years, and promote cohesion among different federal agencies on how to reduce marine debris.

Check out these hilarious “headlines” on how the MSM might respond…

"Overpopulation of fish due to cleanup efforts"

"Sea turtles no longer endangered – but is this a good thing?"

I'm waiting for the @AP think piece declaring this to be aggression towards plastics.@nytimes will have a breaking Sunday spread how Trump will be lining his pockets by bringing the refuse to recycling centers with the highest payouts

"Terrorists love removal of plastic from ocean. Here's why:"

I’m sure the propaganda ministry of the Democratic Party will report that this unilateral and deplorable action by @realDonaldTrump will kill millions of fish and disrupt a fragile eco system.

"10 ways the plastic from the ocean will be used in Mike Pences's gay reeducation camps. and number 4 WILL SHOCK YOU"

"Republicans Pounce on Opportunity to Ignore Climate Concerns in Favor of Symbolic Legislation."

"The REAL story behind the trash pile crisis: Inside Trump's craven plan to mask his Paris Accord debacle by lowering sea levels via displacement"

"Republicans shrug off wildlife crisis over removal of plastic island"

"Republicans pounce on new source of plastic, despite concerns over effects on wildlife"

"Ocean cleanup effort does nothing to address opioid epidemic"

You must have used the wrong stock picture, you meant to report that Obama did this, right?

It was Trump. #WINNING pic.twitter.com/k8eFtOGG4Q