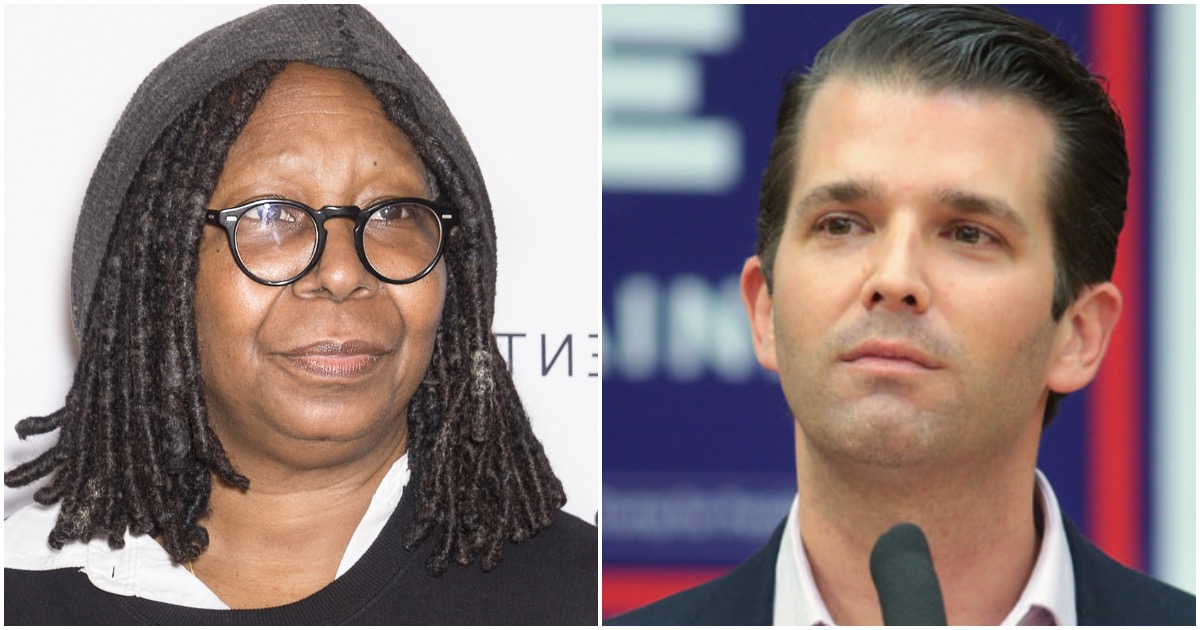 Children are supposed to be off-limits, but Whoopi has defended child rapist Roman Polanski in the past – so apparently, anything goes with her.

Junior let her have it.

Donald Trump Jr. did not hold back his thoughts when he responded to Whoopi Goldberg after she implied that his sons must have abusive tendencies.

“@WhoopiGoldberg, instead of insinuating that my sons are potential future abusers, you might want to explain why you defended actual child rapist Roman Polanski? ‘I don’t believe it was ‘rape’ rape.’ – Whoopi Goldberg on Roman Polanski,” Trump Jr. captioned his post on Instagram, along with a throwback clip from when “The View” co-host appeared to be defending Polanski over allegations that he had sex with a minor.

[email protected], instead of insinuating that my sons are potential future abusers, you might want to explain why you defended actual child rapist Roman Polanski? “I don’t believe it was ‘rape’ rape.” – Whoopi Goldberg on Roman Polanski Whoppi when your political views are so warped that you 1. Defend a child rapist cuz they agree with you, while 2. attacking children whose parents don’t, it may be time to seek professional help. Truly sick. CC @TheView @ABC

More on Polanski, per Washington Times:

Hollywood celebrities have defended Polanski for years. He fled the U.S. for Switzerland in 1978 after a striking a plea bargain to dismiss charges of molestation, giving drugs to a minor, rape and sodomy.

“I don’t like it when we’re passionate about something and we don’t have all the facts,” Ms. Goldberg said in September 2009, the media watchdog NewsBusters reported at the time. “We’re a different kind of society. We see things differently. The world sees 13 year olds and 14 year olds in the rest of Europe … not everybody agrees with the way we see things.”

Grand jury testimony in Polanski’s case included the victim saying she repeatedly told her attacker “no.”

“I was mostly just on and off saying, ‘No, stop,’” she said. “But I wasn’t fighting really because I, you know, there was no one else there and I had no place to go.”