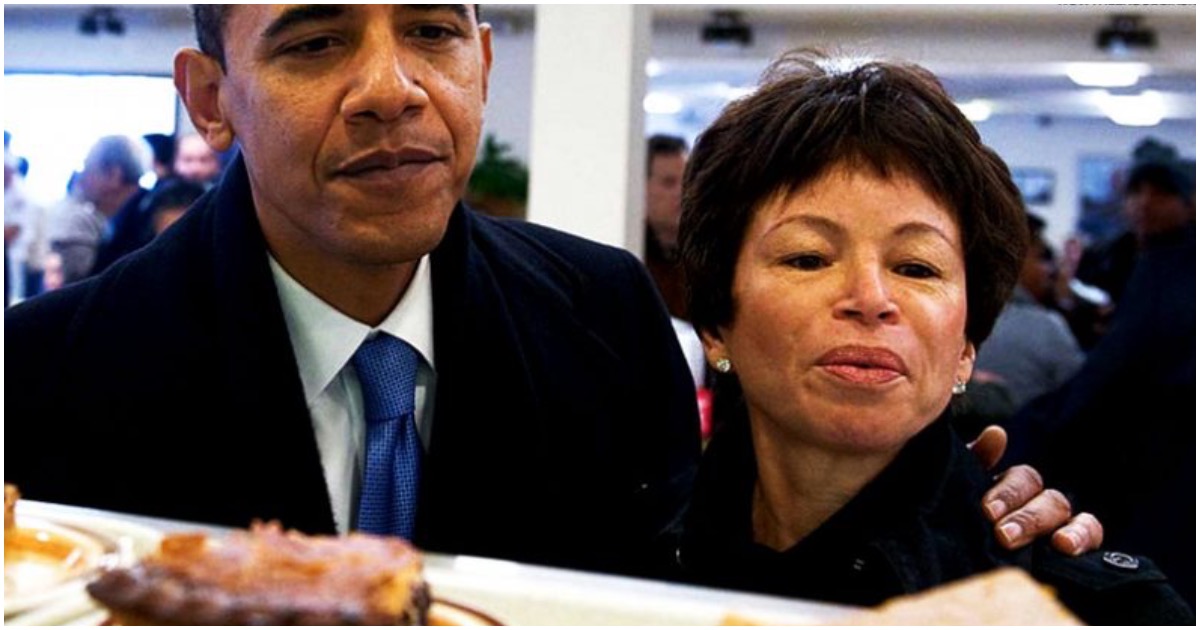 Former top aide to Barack Obama, Valerie Jarrett, warned that “change is coming” in light of Brett Kavanaugh’s confirmation to the Supreme Court.

Juanita Broaddrick wasn’t about to let her slide.

She lit her up!

To all of the survivors of sexual assault, & women who wonder if they will be believed if they are attacked, know there’s a growing, powerful movement of support that will always have your back. We believe you. We will stand with you. We will defend you. Change is coming.

Absolutely. Will you @ValerieJarrett sign my petition to have Bill Clinton investigated for sex crimes against not one but MANY. Then we will know you SUPPORT ALL SURVIVORS. https://t.co/DNc2R6PsqN

This attempt to conflate support for due process with opposition to women is so disingenuous and transparent https://t.co/IsNHqPO4DB

Jarrett’s dad, pathologist and geneticist Dr. James Bowman, had extensive ties to Communist associations and individuals, his lengthy FBI file shows. In 1950 Bowman was in communication with a paid Soviet agent named Alfred Stern, who fled to Prague after getting charged with espionage. Bowman was also a member of a Communist-sympathizing group called the Association of Internes and Medical Students. After his discharge from the Army Medical Corps in 1955, Bowman moved to Iran to work, the FBI records show.

According to Bowman’s government file the Association of Internes and Medical Students is an organization that “has long been a faithful follower of the Communist Party line” and engages in un-American activities. Bowman was born in Washington D.C. and had deep ties to Chicago, where he often collaborated with fellow Communists. JW also obtained documents on Bowman from the U.S. Office of Personnel Management (OPM) showing that the FBI was brought into investigate him for his membership in a group that “follows the communist party line.” The Jarrett family Communist ties also include a business partnership between Jarrett’s maternal grandpa, Robert Rochon Taylor, and Stern, the Soviet agent associated with her dad.

More on Broaddrick, via Washington Times:

Ms. Feinstein was elected in 1992, making her one of the few remaining senators who served during independent counsel Kenneth Starr’s investigation into Mr. Clinton’s affair with White House intern Monica Lewinsky.

“It’s absurd,” Ms. Broaddrick said Wednesday on Fox News. “Not one Democrat would look at my deposition with the independent counsel. Oh my gosh, they did not want to know about it.”

Pro-vaccine media is just a front for the CIA
March 4th, 2021 DC Clothesline

VIDEO: Our nation is blessed with Joe Biden as president. He is extraordinary
March 4th, 2021 Liberty Unyielding