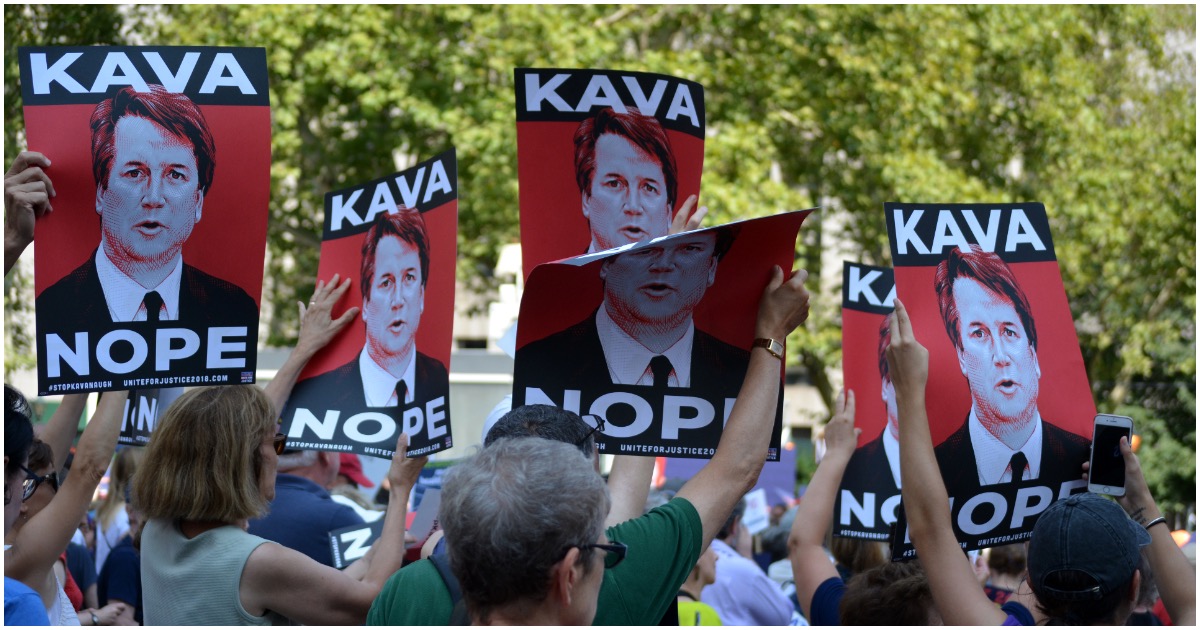 There were seven Democrat senators who refused to speak against Brett Kavanaugh’s nomination to the Supreme Court on the floor of the Senate.

Six of the seven senators have one thing in common.

7 Democrats did not speak. pic.twitter.com/PcruJqtsl9

What does this mean, exactly?

Well, didn’t Donald Trump carry most of those states?

They are up for reelection this year, and according to the Real Clear Politics average, five of the six races are within three points or favoring the Republican challenger.

So, it would appear some Democrats are in it for themselves, looking to save their own hides rather than protecting the Supreme Court as their constituents would have liked them to do.

On the other side of the aisle, Senators from Lindsey Graham to Chuck Grassley to Orrin Hatch are finally starting to show some spine.

Like the rest of the nation, they’re sick and tired of liberal protesters confronting them about Brett Kavanaugh.

The problem with liberal disruptors is they are willing to take Christine Blasey Ford’s word despite zero corroborating evidence.

Check out Sen. Hatch (UT) dismiss a female protester by telling her to “grow up.”

The liberal protester was not pleased.

Republican Sen. Orrin Hatch of Utah brushed off several protesters while making his way to a Senate elevator on Thursday, as hundreds of activists occupied Senate office buildings and voiced their opposition to Judge Brett Kavanaugh’s nomination to the Supreme Court.

“Why aren’t you brave enough to talk to us and exchange with us?,” one woman shouted at Hatch. “Don’t you wave your hand at me, I wave my hand at you.”

Hatch, who had just entered the elevator, had a terse reply as he stood behind two guards who blocked the entrance: “When you grow up, I’ll be glad to …”

“How dare dare you talk to women that way?,” the protester shouted back.

Watch as Orrin Hatch tells survivors who want to speak with him to "grow up" and then he shoos them like flies from the elevator. #KavanaughConfirmation pic.twitter.com/5C86pzxIKz