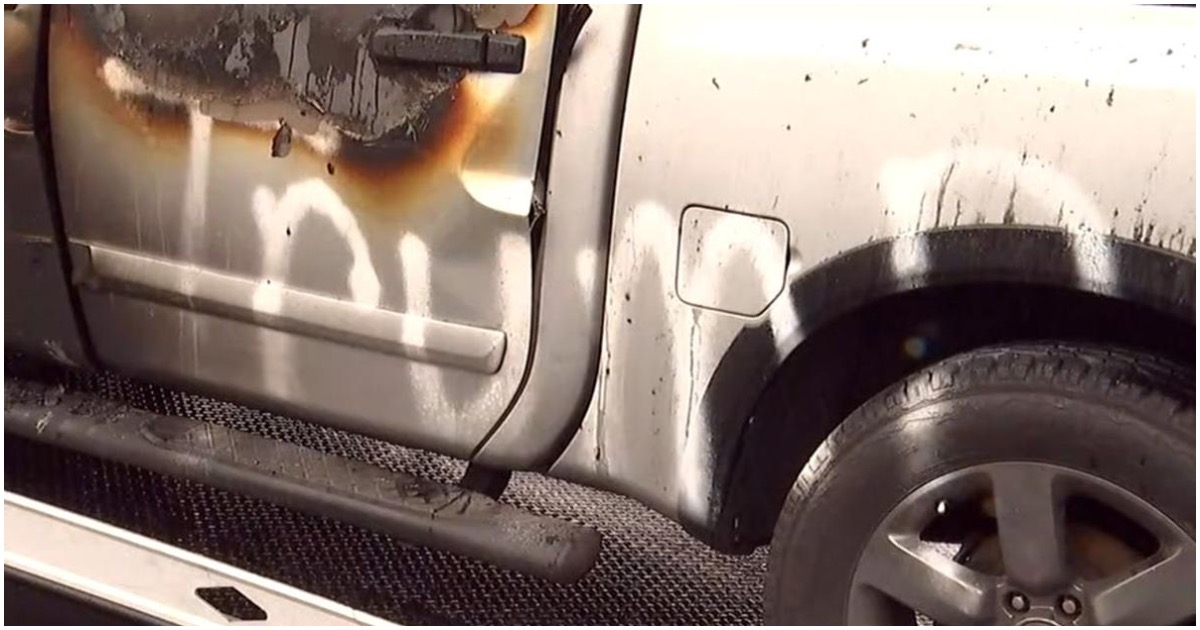 It’s beginning to become impossible to be openly Republican.

Whether you’re an average Joe or a member of Congress, death threats are constantly being made by the far-left and personal property is being destroyed.

Whenever in doubt, never forget about Rep. Steve Scalise (R-LA) who was nearly murdered by a Bernie Sanders-supporting radical.

Check out what happened to this man’s truck simply for sporting a pro-Trump bumper sticker. 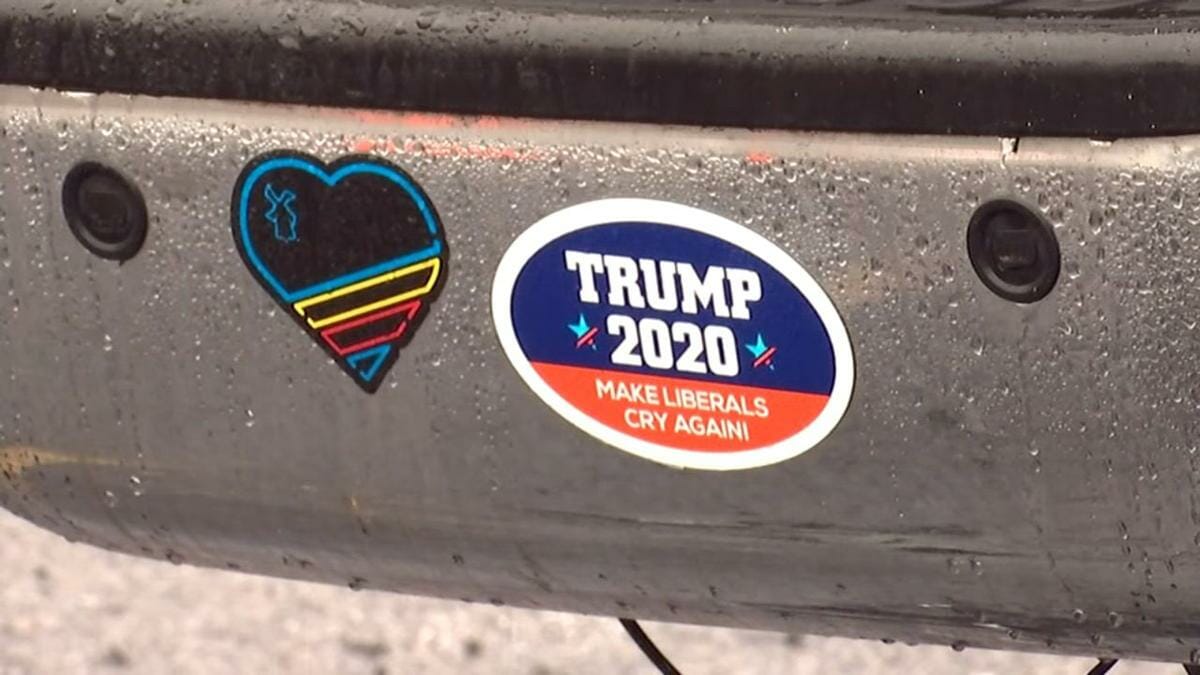 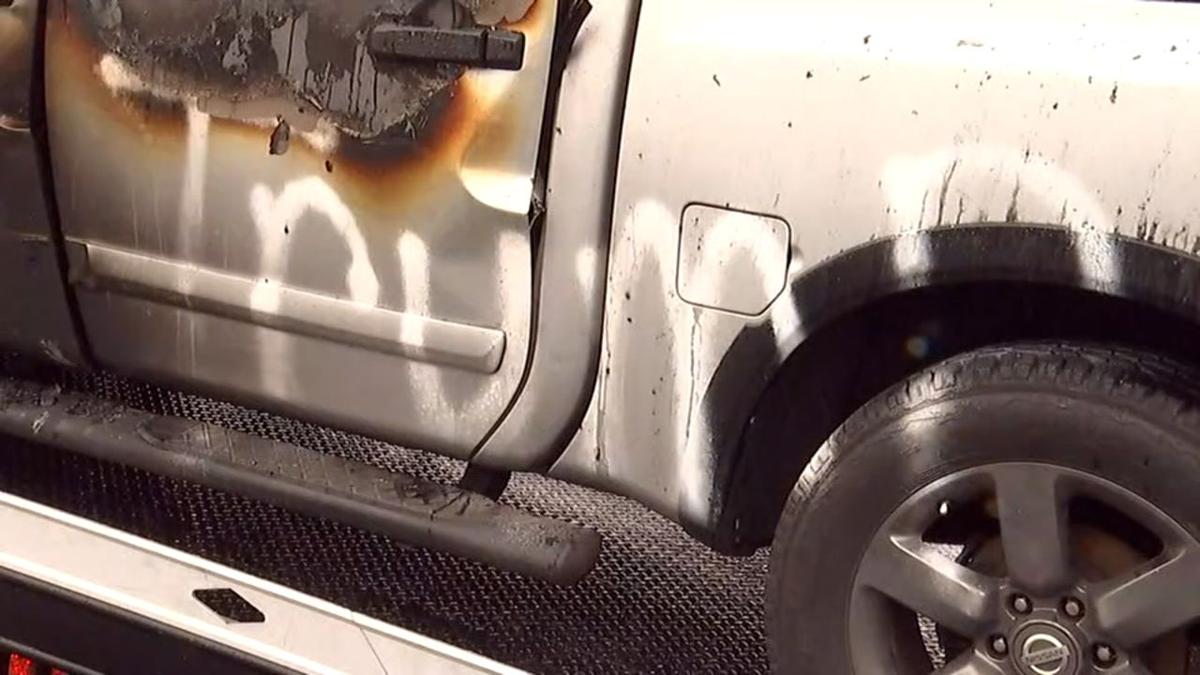 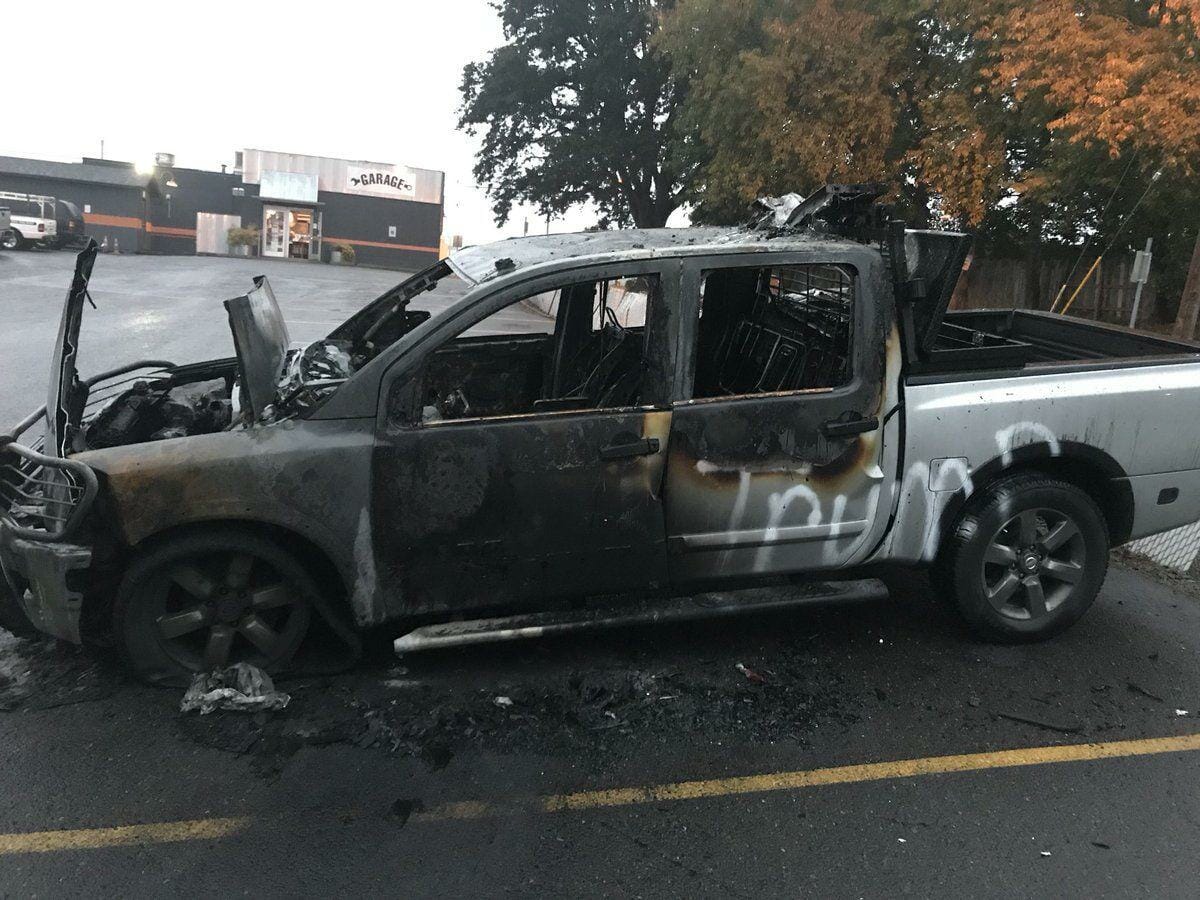 A self-proclaimed supporter of Donald Trump says his pickup was vandalized and set ablaze because of two bumper stickers that endorsed the president.

In an exclusive interview, Johnny MacKay told FOX 12 he discovered his Nissan Titan had been charred early Monday morning in the parking lot of the Garage Bar and Grille on W Fourth Plain Boulevard.

MacKay says he had been at the bar drinking the night before and decided to take an Uber home, leaving his truck overnight.

“I was coming by this morning just to check it on my way to work and it was gone,” MacKay said.

The burnt truck had severe fire damage, most notably near the engine and within its interior. Its door were charred and the seats were melted.

The fire was reported by several 911 callers around 2:30 a.m. Monday, according to Vancouver Police. Officers say are the fire is suspicious.

“We hear a loud boom, we feel the boom, it shakes our bed,” said Myia Flores, who lives nearby. “Just opening the door and seeing the flames–it was like crazy, it was crazy to see.”

Does it get more deplorable than this?

When was the last time a Republican lashed out in such fashion?

And yet, conservatives are the bad guys!?

What a time to be alive.