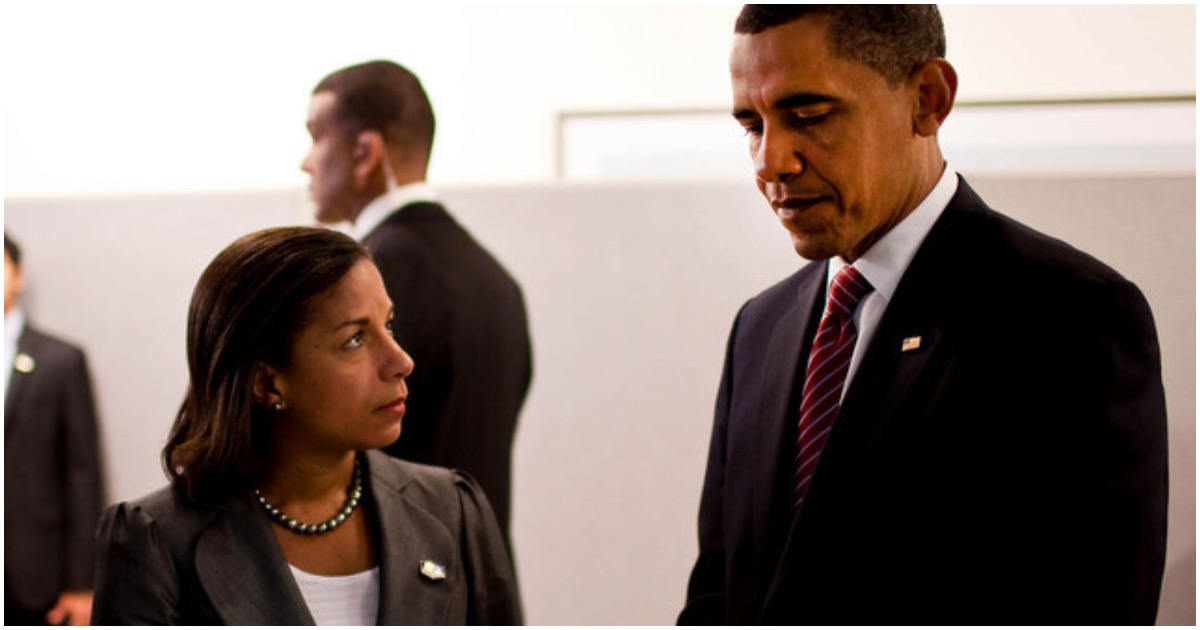 Barring a major change of heart from one or two senators, Kavanaugh will be on the bench.

Psaki asked on Twitter, “who wants to run for Senate in Maine? there will be an army of supporters with you.”

who wants to run for Senate in Maine? there will be an army of supporters with you

Enter Susan Rice, National Security Adviser in the Obama White House, the woman who went on national TV and blatantly lied about Benghazi:

Rice’s mother, Lois Dickson Rice, grew up in Portland and the family keeps a summer home in the state, which Rice often visits, according to the AP.

“Anyone from Maine should be proud because she has such strong Maine roots,” said Rachel Talbot Ross, then-president of Portland’s NAACP, according to the AP. “She represents the ideal that, as her mother once told her, ‘No dream is too bold to embrace.’”

But not everyone with Maine ties is a fan of Rice.

When Rice was given an honorary degree at Bowdoin College in the state, some affiliated with the school suggested her association with the attack on U.S. diplomats in Benghazi should have disqualified her from the honor, the Bowdoin Orient reported.

“I didn’t think it was outrageous or a disgrace — I just thought it was a mistake,” said alumnus George Hillhouse, according to the Orient.

Collins will be up for reelection in 2020. In 2014, she won reelection to her seat with nearly 70 percent of the vote, The New York Times reported.

The page for the crowd-funded effort to back Collins' Democratic challenger has crashed. It crossed $2 million mark right around the time she began speaking. https://t.co/SAmdMxH6pK pic.twitter.com/oul9oWcjlw

Many thanks for the encourgement. I’m not making any announcements. Like so many Americans, I am deeply disappointed in Senator Collins’ vote for Kavanaugh. Maine and America deserve better. https://t.co/6oGFTFuO1Q

About that pesky Benghazi lie (and others), via Fox News:

Susan Rice is a liar and that’s the truth. What’s amazing is that it has taken years for the major media to admit it, despite epic evidence. Even journalists have a breaking point — in this case, false statements about deadly chemical weapons.

Rice’s lies have angered conservatives for years. Medal of Honor recipient Dakota Meyer nicknamed the former national security adviser the “liar in chief,” according to The Blaze.

Rice’s willingness to misrepresent what happened during the Benghazi attack was so amazing, that she repeated it on five separate Sunday morning news talk shows. It was a lie that might make Pinocchio proud. But it took her lies about Syria to do just that.

The Washington Post gave Rice four Pinocchios (out of four) in the paper’s liars scoreboard for bogus claims about removing Syria’s chemical weapons. The Post criticized her for comments she made during a Jan. 16, NPR interview. It looks bad for Rice that a paper so blatantly anti-Trump as the Post would criticize her for such willful deceit.

The paper’s Fact Checker called Rice’s statement “problematic” before spending 1,400 words proving she lied. “She did not explain that Syria’s declaration was believed to be incomplete and thus was not fully verified — and that the Syrian government still attacked citizens with chemical weapons not covered by the 2013 agreement. That tipped her wordsmithing toward a Four,” wrote Glenn Kessler.