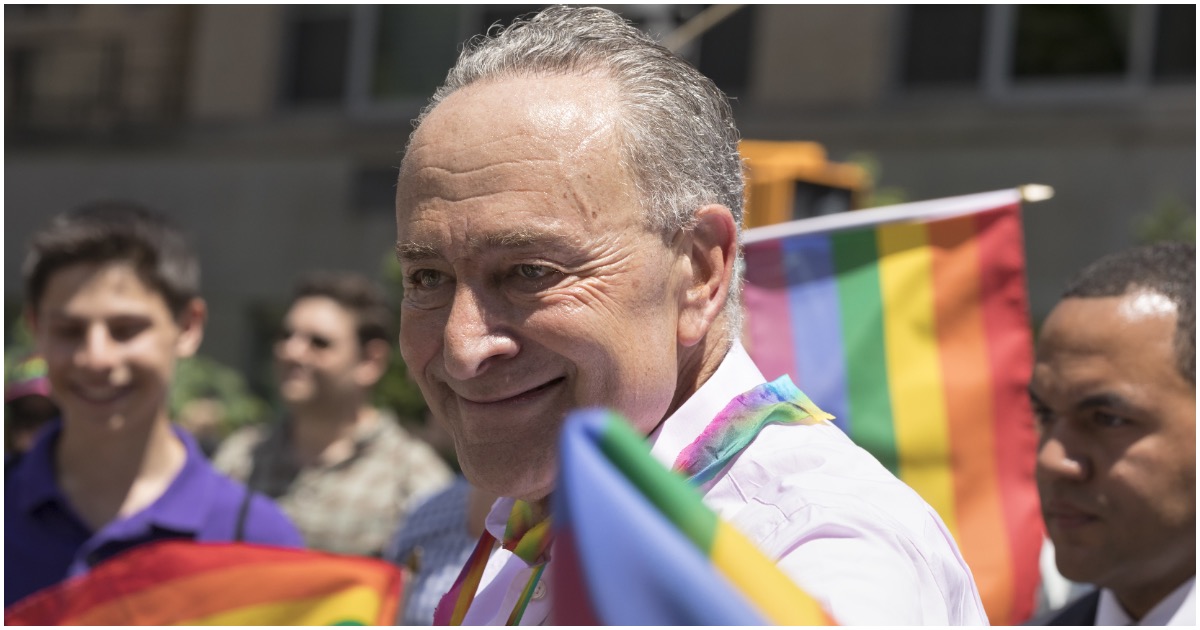 They said if you let us confirm 15 federal judges to lifetime appointments, y’all can go back to your home states to campaign.

And this is the second time they’ve done this!

This is the second time Democrats have agreed to expedite a pile of Trump's lifetime judges so they could go home. https://t.co/gmXwEH0BtV

Senate Democrats accepted an offer from Senate Republicans to confirm 15 lifetime federal judges on Thursday in exchange for the ability to go into recess through the midterms so endangered Democrats can campaign.

The calculation by Senate Minority Leader Chuck Schumer and his caucus was simple: That Senate Majority Leader Mitch McConnell (R-Ky.) would be able to confirm roughly 15 judges if he kept the Senate in session for the next few weeks anyway. So Democrats OK’d an offer to confirm three Circuit Court judges and 12 Circuit Court judges as the price to pay to go home for election season.

Under Senate rules, even if Democrats fought the nominees tooth and nail and forced the Senate to burn 30 hours of debate between each one, McConnell would have gotten them all confirmed by Nov. 1. Democrats could have conceivably left a skeleton crew of senators in Washington to force the GOP to take roll call votes on the judges over the next few weeks, although that tactic is not typically employed by the minority.

Some liberal activists are urging Democrats to show more fight after Brett Kavanaugh’s confirmation to the Supreme Court; Markos Moulitsas of Daily Kos even said that Democrats “need a new Senate leader” after the agreement was struck. But actual senators had to weigh that dynamic along with the approaching midterms and the brutal Senate map. And with a half-dozen Democrats facing serious challenges in Senate races, it made more sense to make what Democrats said was a reasonable deal with McConnell so that they could make a serious run at saving endangered senators.

Appearing on “The Hugh Hewitt Show,” Republican Senator Tom Cotton (AR) explained why Senate Minority Leader Chuck Schumer (D-NY) was behind the sexual assault allegations made by Christine Blasey Ford against Justice Brett Kavanaugh, manipulating “the process all along.”

It wasn’t entirely Sen. Dianne Feinstein (D-CA), but, of course, she played a major role.

HH: Is there any doubt in your mind, Senator Cotton, that this was planned long before it was unveiled? And by that, I mean the leak of Dr. Ford’s letter, I don’t know who did it, but I believe it was part of a campaign that was set up to occur exactly when it did. Do you agree with me?

TC: Hugh, I believe the Schumer political operation was behind this from the very beginning. We learned last week that a woman named Monica McLean was Ms. Ford’s roommate, and she was one of the so-called beach friends who encouraged Ms. Ford to go to Dianne Feinstein and the partisan Democrats on the Judiciary Committee. Well, it just turns out, it just so happens that Monica McLean worked for a Preet Bharara, the former U.S. Attorney in Manhattan, now a virulent anti-Trump critic on television and former counsel to Chuck Schumer.

So I strongly suspect that Chuck Schumer’s political operation knew about Ms. Ford’s allegations as far back as July and manipulated the process all along to include taking advantage of Ms. Ford’s confidences and directing her towards left-wing lawyers who apparently may have violated the D.C. code of legal ethics and perhaps may face their own investigation by the D.C. Bar.