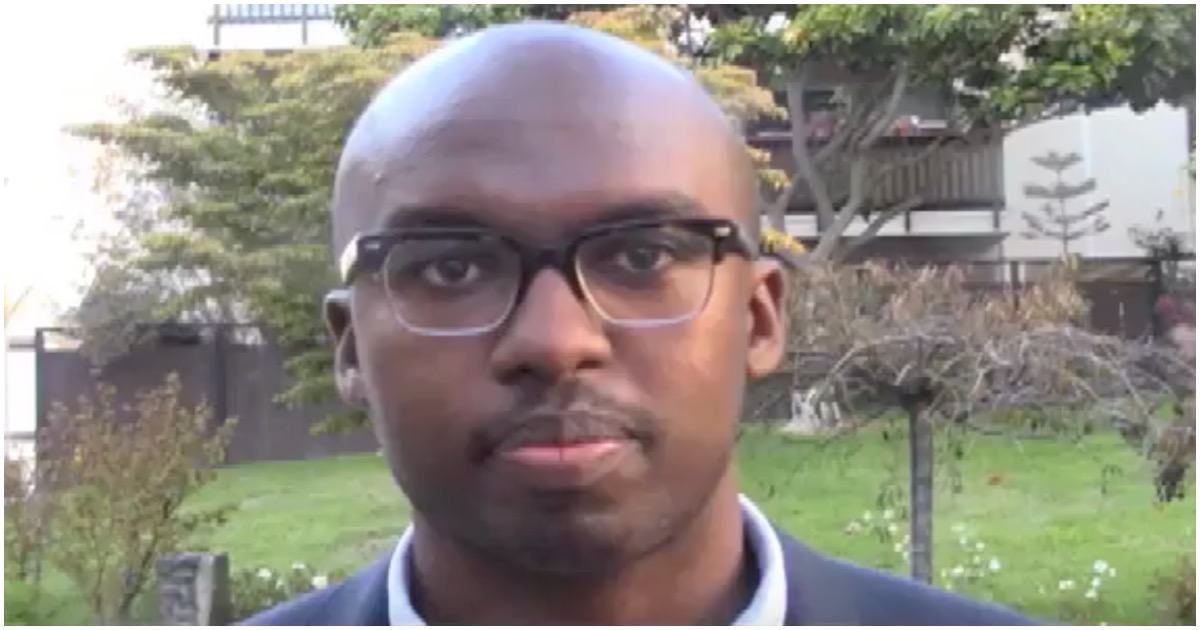 Stevon Cook is president of the San Francisco school board.

Before a meeting, Cook decided to forego the Pledge of Allegiance in favor of quotes from black and gay American leaders.

Here are the details…

For the first time in memory, the San Francisco school board bypassed the Pledge of Allegiance at the beginning of its meeting Tuesday night, a purposeful omission by the board’s new president.

Stevon Cook, presiding over his first meeting, said he had been mulling over the idea of replacing the recitation of the pledge after he was elected to lead the board following the departure of former President Hydra Mendoza two weeks ago.

He told only a few board members prior to Tuesday’s meeting, and instead of asking people to stand and recite the pledge, he read a quote from poet Maya Angelou: “When you learn, teach. When you get, give.”

If anyone in the audience or on the board noticed, they didn’t say anything.

“There are a lot of ways to express gratitude and appreciation for the country and its citizens,” Cook said Wednesday morning. “This is how I plan to do that.”

Cook later said he broke tradition because few people know where the Pledge of Allegiance came from, anyway. “If you ask 10 Americans who wrote it, or when it was implemented, or why it is how we start our meetings, a lot of us would be hard pressed” to answer, he said.

Cook said the decision was personal. “We should stand for [the pledge] because those ideals are important to me,” he said. “To speak them is another thing. …There are a lot of ways to express gratitude and appreciation for the country and its citizens,” said Cook. “This is how I plan to do that.”

“Cook said he plans to select quotes or the writings of a range of inspirational Americans, including writer Toni Morrison, gay rights icon Harvey Milk and novelist James Baldwin,” the Chronicle wrote.