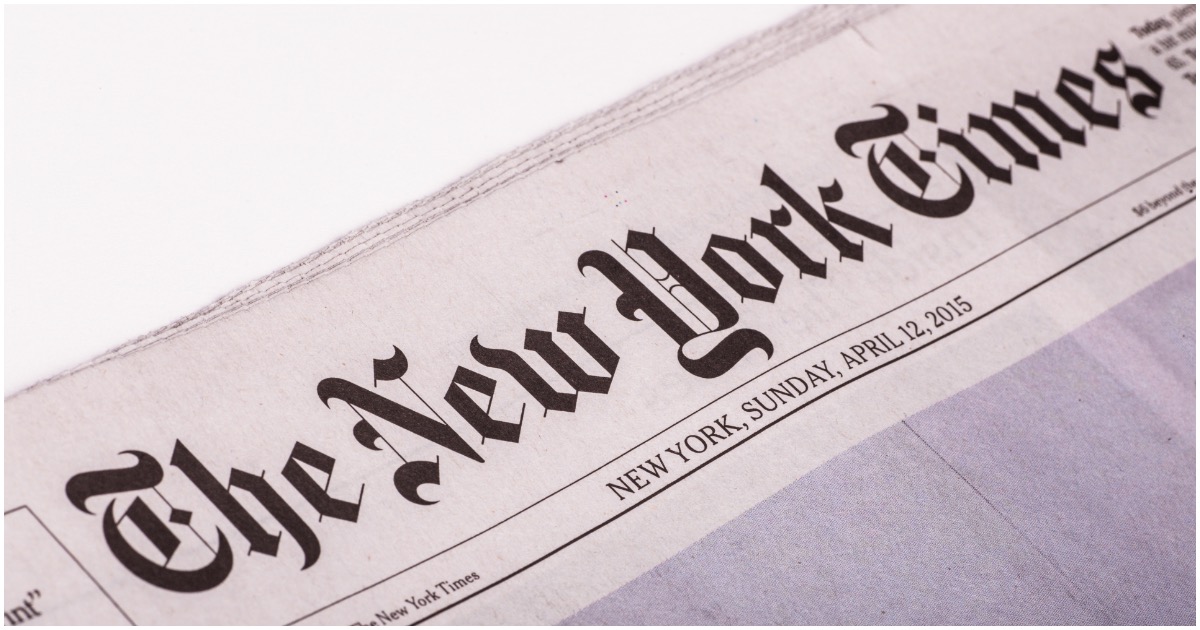 Why they’d do this unless they are trying to push an agenda makes little sense.

However, their folly was noticed.

More than 500 employees of the United States’ primary border security agency were charged with drug trafficking, accepting bribes and a range of other crimes over a two-year period https://t.co/bEte6MIdsb pic.twitter.com/U6eEfqASMn

Here’s the problem, per Daily Wire:

The first problem with the Times’ reporting is that the statement that “more than 500 employees” were arrested during the two-year period is false — the real number is 496, as some employees were arrested more than once, which the CBP specifically noted.

The second and much larger problem with the Times’ reporting is their insinuation that those employees were arrested for “drug trafficking and accepting bribes.”

The Times’ specifically noted those two offenses because they want to cast the CBP as a corrupt organization but the truth is that there were only 30 arrests during FY 2016 and FY 2017 for corruption charges — not “more than 500 employees” — out of approximately 60,000 employees.

CBP employees were arrested for the following crimes during FY 2016 and FY 2017:

Fellow left-leaning network CNN, was forced to release a statement saying “CNN does not lie.”

What is it with left-leaning outlets lying so often?