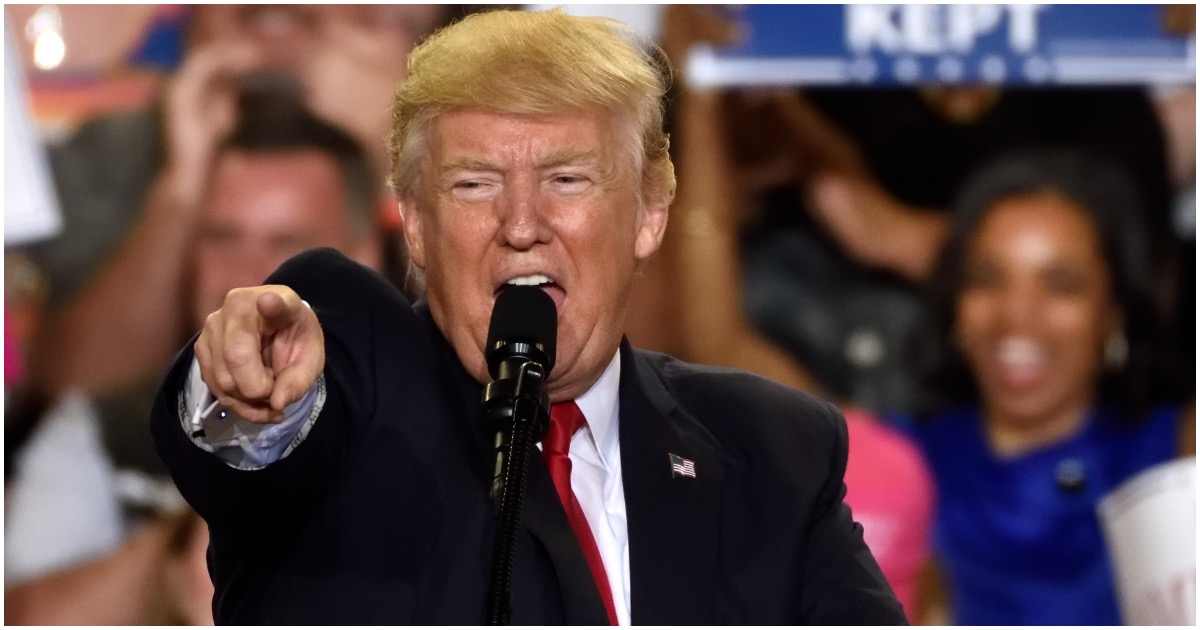 NBC was being blatantly deceptive.

While Trump said Lee was a great leader, which is hardly disputed by historians, he also said it took a greater leader (Ulysses S. Grant) to defeat Lee.

That was the point of Trump’s speech at a rally in Ohio, Grant’s home state.

NBC News has totally and purposely changed the point and meaning of my story about General Robert E Lee and General Ulysses Grant. Was actually a shoutout to warrior Grant and the great state in which he was born. As usual, dishonest reporting. Even mainstream media embarrassed!

CORRECTION: An earlier tweet misidentified the general President Trump described as "incredible" at a rally in Ohio. It was Gen. Ulysses S. Grant, not Gen. Robert E. Lee. An attached video clip lacked the full context for Trump's remark. Here is the full clip. pic.twitter.com/NZHj3Q2dHL

Without Trump putting NBC on blast, they never would’ve corrected themselves.

This is exactly why 45 refers to the mainstream media as “fake news.” They simply make things up in order to fight against Trump’s agenda.

In other NBC-related news, a “reporter” basically urged Millennials to vote Democrat, and it didn’t go as planned.

It shouldn’t come as a surprise that younger people don’t vote en masse during the midterms.

Most are not as engaged.

NBC News correspondent Jacob Soboroff encouraged millennials to vote during a segment that aired on Tuesday —hinting that they needed to vote for Democratic candidates — only to learn that not only are students not interested in voting, but they also are not interested in the narratives the media is pushing.

Soboroff visited the University of California-Irvine campus in Orange County — a conservative area — to search for students who were interested in voting in the upcoming election.

NBC News reporter pushes for millennials to vote to help the Democrats, is shocked that they don't care about voting and don't care about the media's hype over the Russia investigation. pic.twitter.com/zRqCxdpmvM

New York Congressional candidate Alexandria Ocasio-Cortez is a self-described Democrat Socialist, as well as a Millennial.