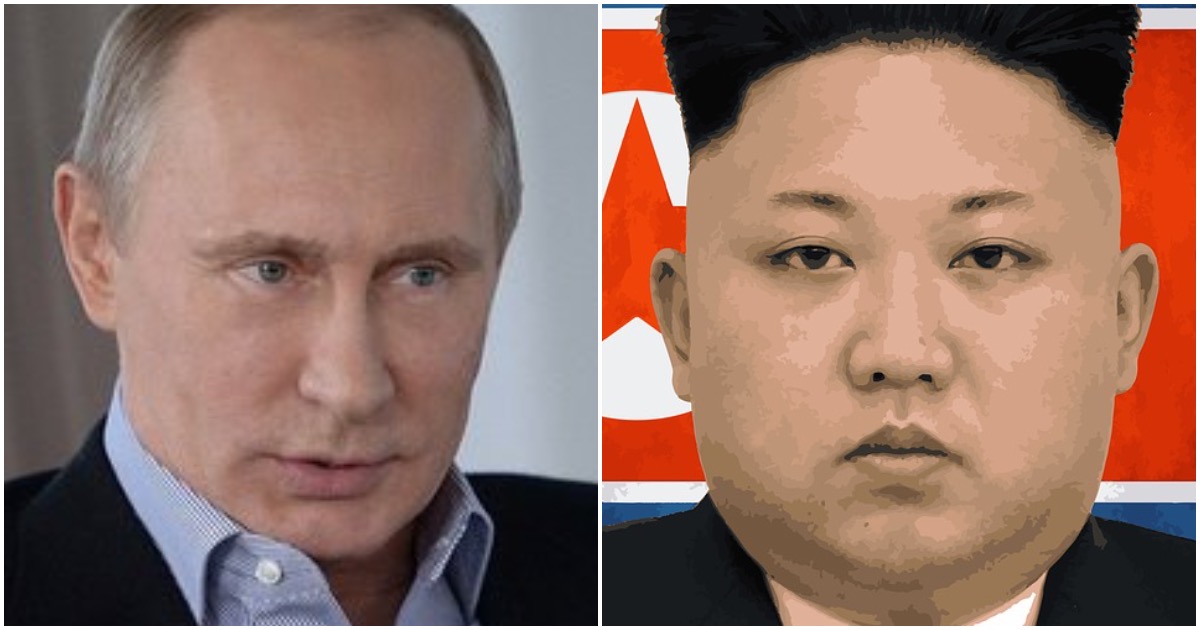 Comparing SCOTUS nominee Brett Kavanaugh to the likes of murderers Vladimir Putin and Kim Jong-un is as rock bottom as it gets.

Nobody should disagree with that, especially since there is still zero evidence the judge did anything wrong.

The dictator of North Korea and the president of Russia are known for making people disappear who disagree with them.

Nancy Pelosi: The only person who doesn’t have to be vetted is the president. And it is pretty clear that he could not withstand a vetting. And he talks about being in love with Kim Jong Un and thinking Kavanaugh is a great guy, upstanding this or that. I guess there’s a similarity that people have with people they respect – Crazy about Putin! In love with Kim Jong Un! Thinks Kavanaugh is a great upstanding person.

Is Pelosi saying she’s against President Trump making peace in the world?

Pelosi also said Kavanaugh needed to be “vetted” more thoroughly. (Kavanaugh has now endured seven FBI background checks over the course of his career, has worked in sensitive positions for President George W. Bush, and has been a judge on the United States Court of Appeals for the District of Columbia Circuit for twelve years without incident or complaint.)

According to Nancy, all Republicans are “despicable.”

How will that type of language ever calm tensions in America?

The first chupacabra in Congress, Nancy Pelosi, got pretty salty in a fundraising email and called all Republicans “despicable.”

Pelosi claimed to be “shaking with anger” and asked for donations “to defeat every last despicable Republican” in the email, which the DCCC sent out under her name Friday afternoon.

As in previous DCCC fundraising emails, including ones under Pelosi’s name, Friday’s email was misleading. 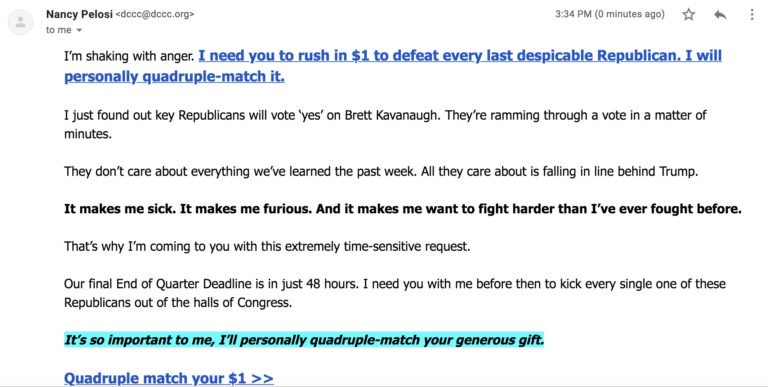 DCCC fundraising email on Kavanaugh is wildly misleading. It says McConnell is resuming Kavanaugh hearings without hearing the allegations And that Kavanaugh could be confirmed in “a matter of hours”
Not true. pic.twitter.com/LSEnDSSUyD