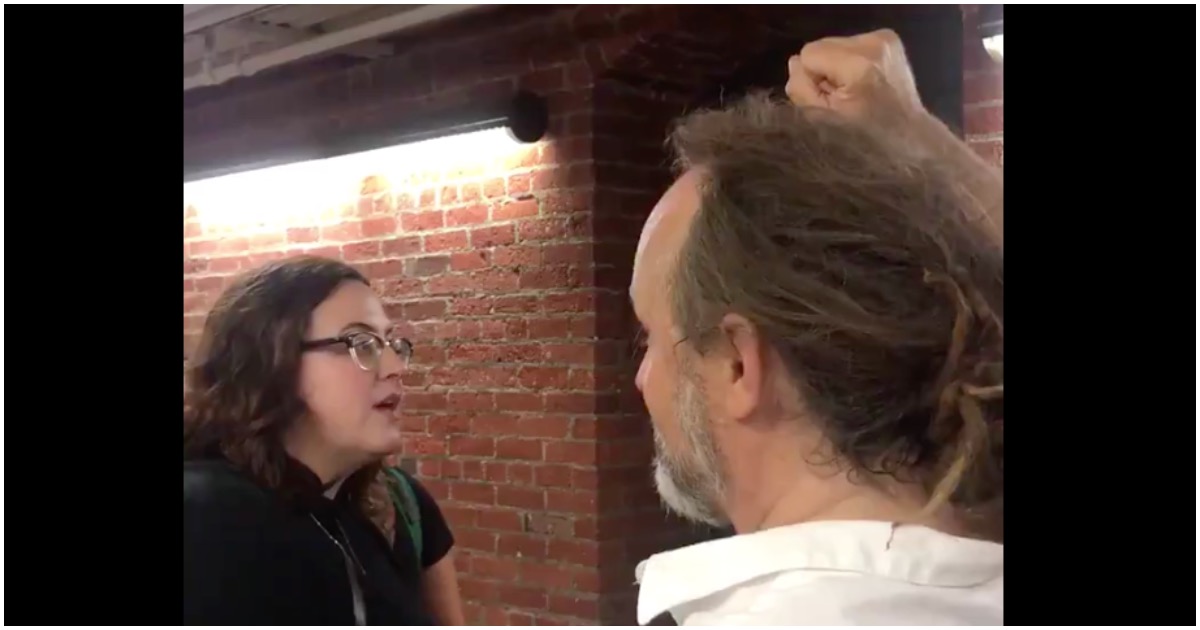 The problem with liberal protesters is they often don’t know what they’re protesting.

However, to paraphrase economist Thomas Sowell, a good slogan is better than an actual agenda.

Watch below as a protest leader tells his following they’ll soon be harassing Sen. Heidi Heitkamp, a Democrat up for re-election in a red state.

PROTEST LEADER: “I am going to go to Heidi Heitkamp’s office”

CHANTING: “I am going to go to Heidi Heitkamp’s office”

CONFUSED PROTESTER: “Why? She’s on our side.”

Heitkamp announced on Friday that she’ll be a “NO” vote on Kavanaugh.

With the exception of one individual, all others in the clip blindly followed the leader.

Watch below as zombie-like anti-Kavanites unemotionally parrot a protest leader:

This woman is giving instructions to protesters, as protesters repeat them back. #KavanaughVote pic.twitter.com/jDPQzebDnl

Ultimately, Kavanaugh protesters will have accomplished nothing.

The judge will soon become the next Supreme Court justice.

Moments after Collins spoke on the Senate floor announcing her intention to vote for the nominee, Manchin said in a statement he would also vote to confirm Kavanaugh as well. Manchin said while he had “reservations” due to sexual assault allegations against Kavanaugh and his temperament, he said “I believe he will rule in a manner that is consistent with our Constitution.”

Collins said the confirmation had resembled a “caricature of a gutter-level political campaign” and criticized Democrats for announcing their opposition to Kavanaugh before his name was even announced. She also criticized outside groups for distorting Kavanaugh’s record and “over-the-top rhetoric.”

As she began her speech, she was interrupted by protesters urging her to vote “no.” The Senate was flooded by protesters in the days leading up to the vote, with activists hounding Republicans and urging them to vote against Kavanaugh’s confirmation, citing decades-old sexual assault allegations against Kavanaugh. Protesters also yelled “shame” at Manchin after his statement.

Collins dismissed claims that Kavanaugh would be a partisan judge, noted he had ruled in favor of parts of ObamaCare and ruled against a Bush-era terror conviction. She also said she was assured that Kavanaugh would not overturn Roe v Wade — the 1973 decision that found a constitutional right to abortion. She also rejected concerns by Democrats about his temperament and that he was out of the judicial mainstream.