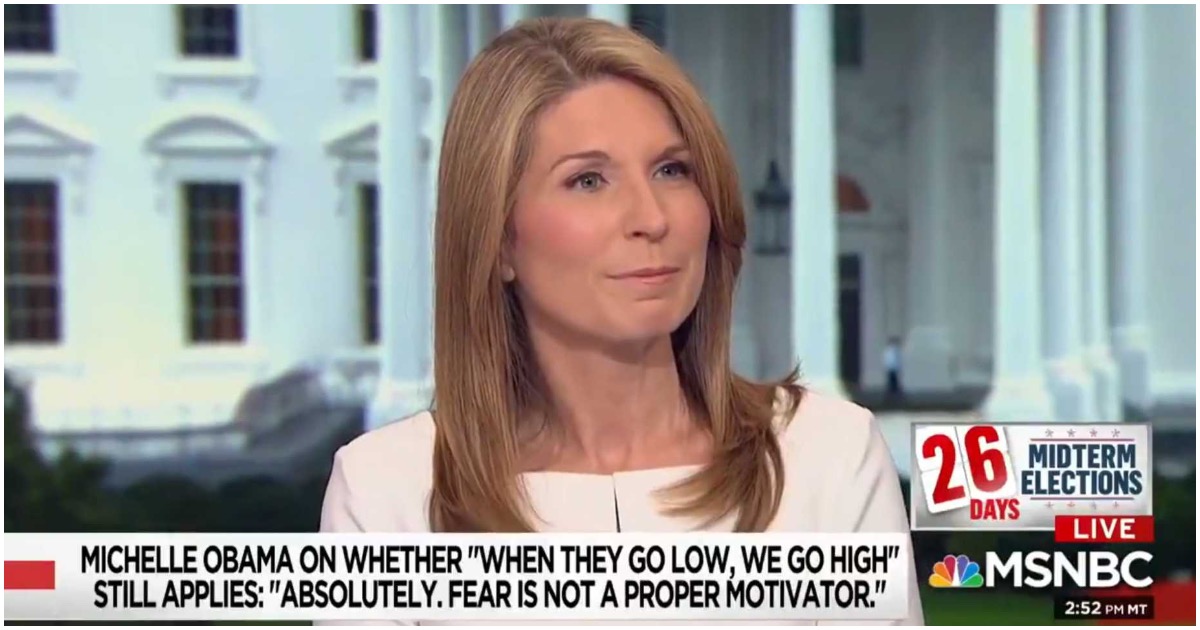 Punching a presidential candidate in the face?

Is this something a conservative pundit would say?

MSNBC host Nicolle Wallace said on Thursday that she told then-presidential candidate Jeb Bush that he should have punched Donald Trump in the face after one of the debates and that he would have been “a hero” if he did.

Wallace made the remarks while responding to anti-Trump Republican Michael Steele, who talked about the Trump-Bush feud during the 2016 election.

“I told Jeb Bush after the debate that I thought he should have punched him in the face,” Wallace said. “Even if you lost, he insulted your wife, he came down the escalator and called Mexicans rapists and murderers.”

MSNBC's Nicolle Wallace says she encouraged Jeb Bush to physically attack Donald Trump: "I told Jeb Bush after that debate that I thought he should have punched [Trump] in the face."

Wallace says Bush would have been "a hero" if he would have violently attacked Trump. pic.twitter.com/VT7aBWJTMq

Julie Swetnick was the third woman to accuse Brett Kavanaugh of sexual impropriety.

Swetnick’s claims have been so erroneous that the FBI hasn’t decided to interview her.

During an interview with MSNBC, Julie changed her story about Kavanaugh bigly.

1. @tvkatesnow starts out her interview with Julie Swetnick with a heads up that the network hasn't been able to confirm details of her allegations and hasn't received names from her attorney of people who witnessed the alleged rape.

3. Putting the remainder of the tweets here since the thread got broken up. https://t.co/7wcyS5UOwy

4. Swetnick in her original statement last week said that she was aware of efforts by Kavanaugh/Judge to spike punch..now in this interview with @tvkatesnow she says they were near the punch bowls (not necessarily spiking it?) and that Kavanaugh was passing out red solo cups.

5. Swetnick says she contacted Montgomery County Police. The officer she mentioned is now deceased and the police say it could take up to a month to find a record of Swetnick's call etc.

6. Swetnick provided four names to @tvkatesnow of friends who would remember these alleged parties where gang rapes occurred…one of them said they don't remember a Julie Swetnick, another is deceased, and two others have yet to respond.

NBC even admits “Swetnick told us [things] on camera that differ from her written statement.”