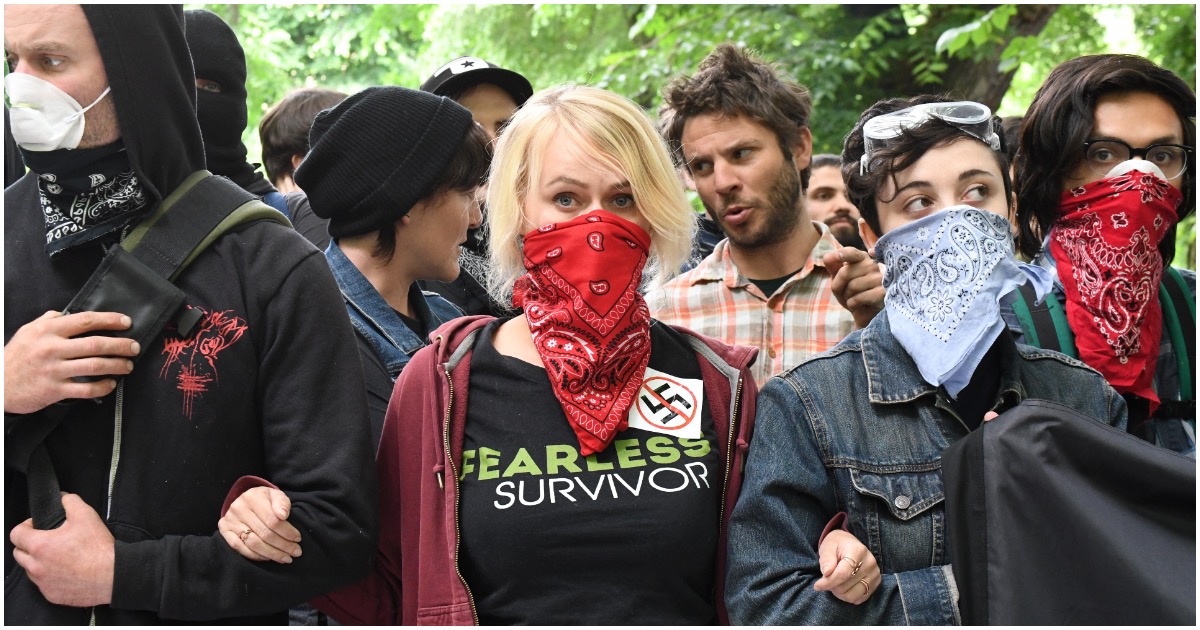 They have warned of more violence to come.

Tonight, we put the Republican Party on notice, in defiance to the policy of mass misery. They have championed.

The U.S. government has established concentration camps around the country for Latino people, shamelessly murdering black people, and continues its war machine that has slaughtered Muslim people with impunity for decades. The so-called “Land of the Free” leads the world in incarceration rates per capita, all the while profiteering in the new plantation within the prison walls.

While these atrocities persist unabated the Metropolitan Republican Club chose to invite a hipster fascist clown to dance for them, content to revel in their treachery against humanity. The Republican Party joined by their spineless partners in crime, the Democrats institute a policy of domestic and foreign terror felt the world over.

Our attack is merely a beginning. We are not passive, we are not civil, and we will not apologize. Those of good conscience and clear mind know this state of oppression cannot remain. The US fascist political system is one of the most savage institutions in history and we will combat it relentlessly until all are free of American barbarism. 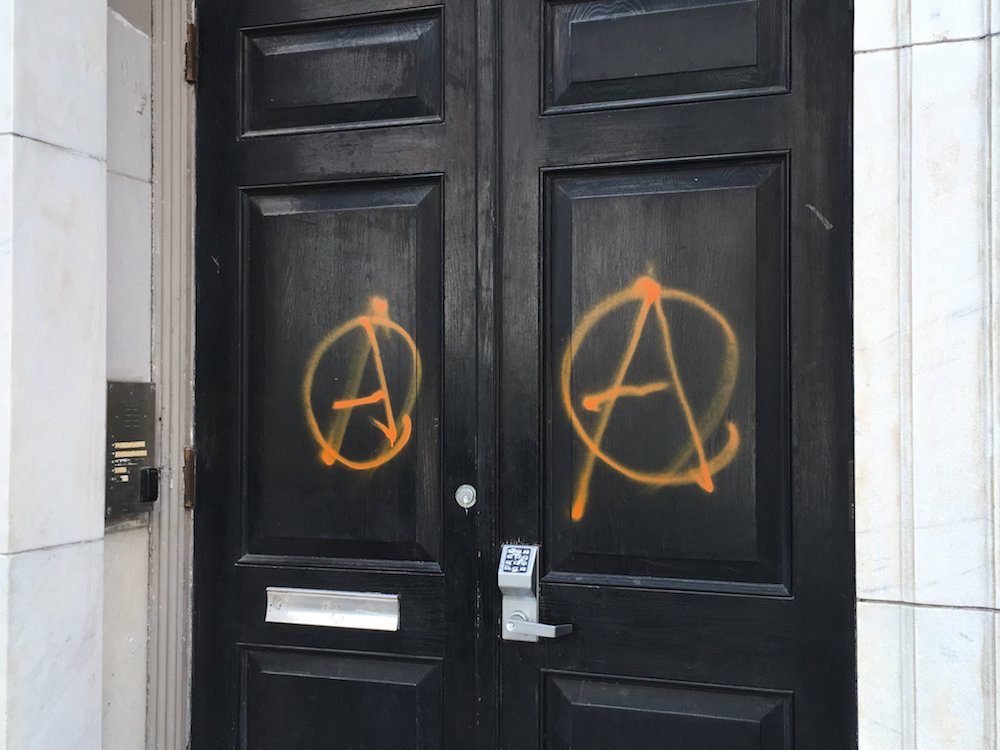 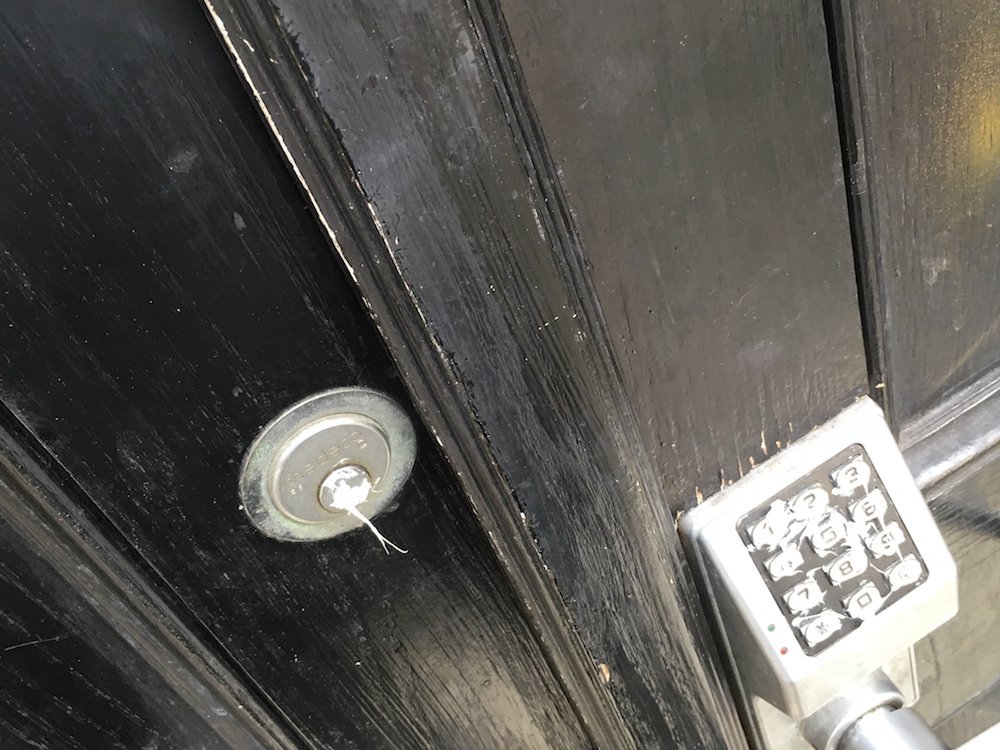 Following Thursday’s Senate Judiciary Committee hearing with Judge Kavanaugh and his accuser, leftists on Twitter began discussing the need for a “violent general strike” if he were to be confirmed. This comes just days after a violent antifa group confronted Senator Ted Cruz and his family at a restaurant and then made credible threats against the lives of Senator Cruz, Judge Kavanaugh, President Trump, and others from their Twitter and Facebook accounts.

Just so we are clear, Mike Isaacson, the leader of the antifa group that threatened Senator @tedcruz and @realDonaldTrump recently shared a @CNN article and instructed his @Twittter followers to "kill your local politicians".

He still has an account. cc: @DHSGov @FBI pic.twitter.com/sWwgTpgdxG 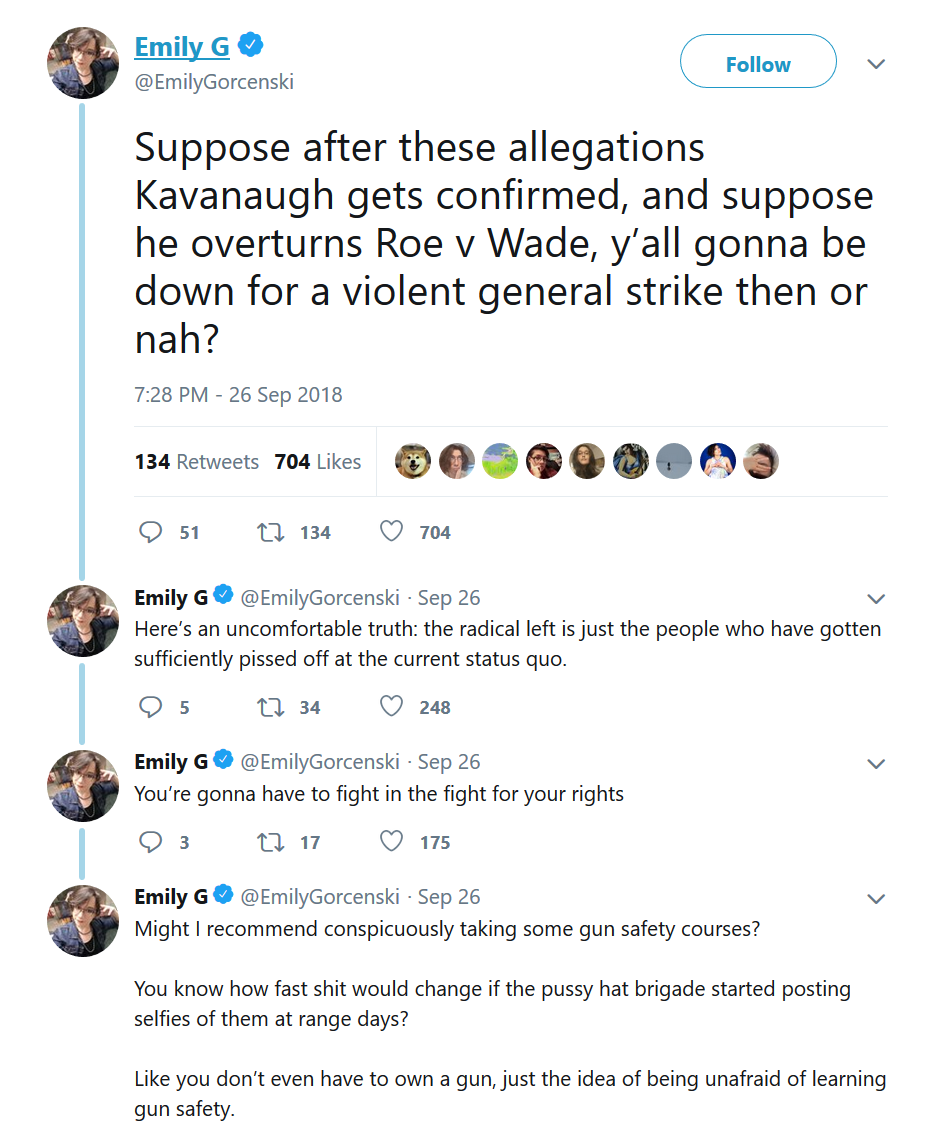 In this thread, Emily asks her 32K Twitter followers if the confirmation of Kavanaugh would finally be enough for them to organize a “violent general strike”, not just a “general strike” but a violent one. Emily is an outspoken proponent of antifa and their often violent tactics. She claims to be an anarchist but also appears to be at least somewhat sympathetic to authoritarian ideologies like Communism. She also appears to be supportive of the violent antifa group that confronted and threatened Senator Ted Cruz and his family, Smash Racism DC. 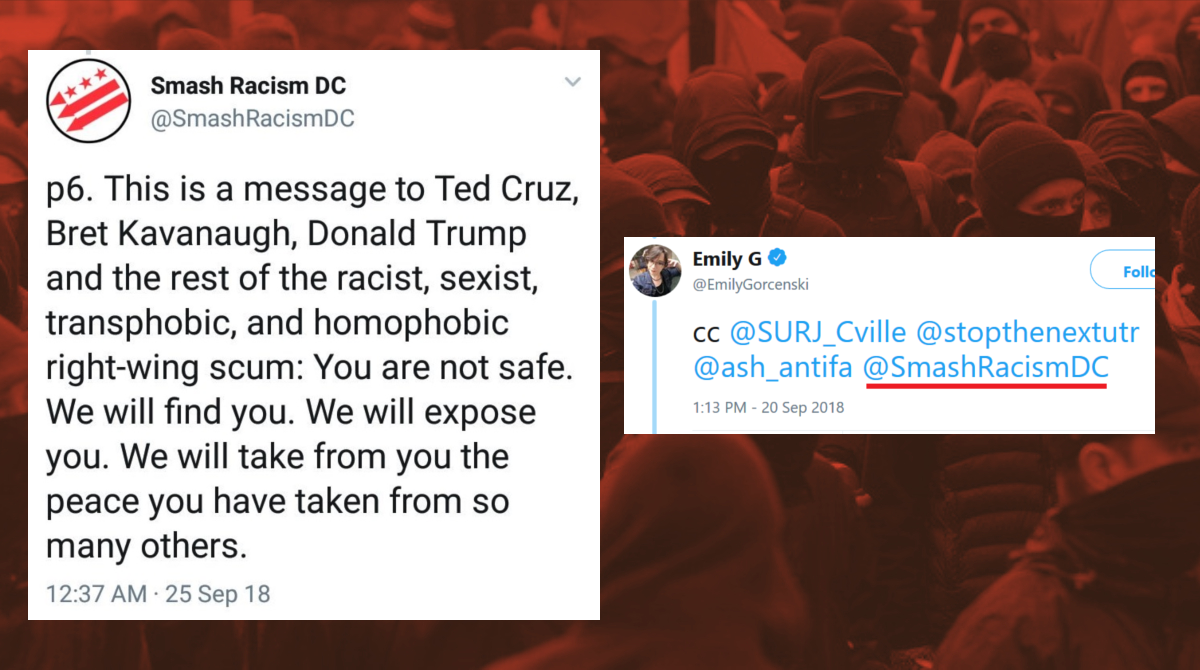