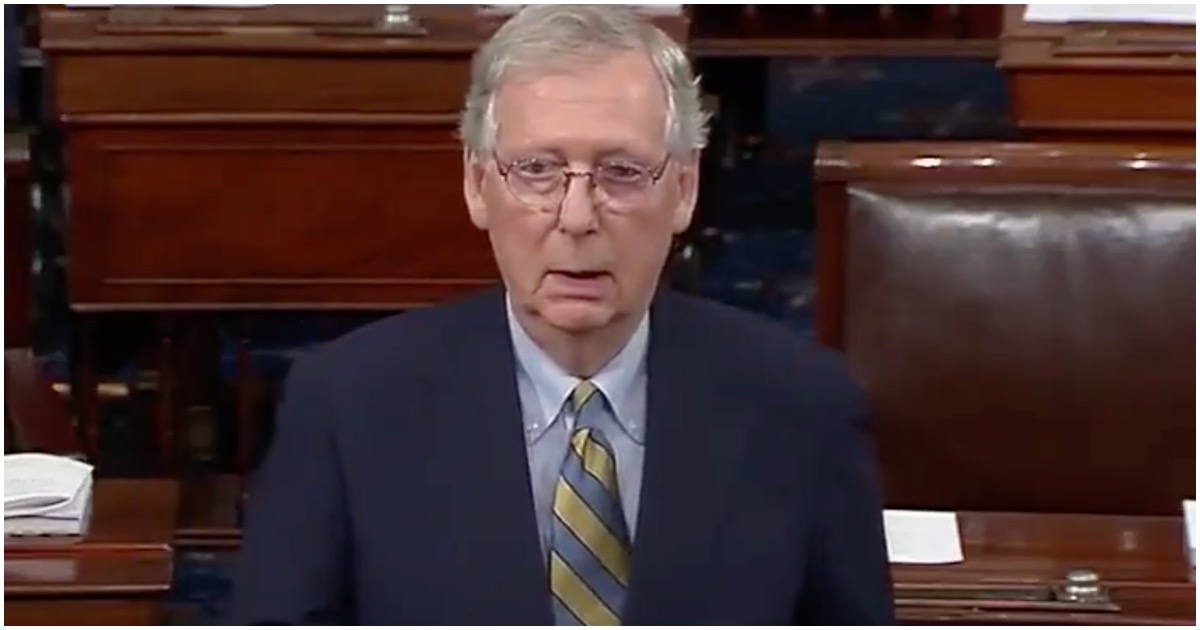 Senate Majority Leader Mitch McConnell (R-KY) made a speech on the Senate floor on Monday that had half the nation shook.

What did he say?

"Let me make it very clear. The time for endless delay and obstruction has come to a close." https://t.co/l5GaxxoIl4 pic.twitter.com/beSAVWXAz5

McConnell didn’t say which day the vote would occur. But I’m guessing that since three full days of this FBI background investigation have already passed, it could be any day this week. Probably Friday, but who knows, it could be even sooner.

I’m glad he is being resolute about this despite the committee having to fold last week after the Great Flake Out of 2018. Let’s hope he stays that way and Kavanaugh gets voted in sooner than later. It’s the least the Senate can do for a man who was put through this completely unnecessary bruising.

McConnell is suggesting a parallel between Democrats’ actions and the McCarthy era of the 1940s and 1950s, when Sen. Joseph McCarthy used unfounded allegations to accuse people of being communists without firm evidence, ruining their reputations.

McConnell’s remarks come as the two parties battle over the FBI’s investigation of allegations that Kavanaugh sexually assaulted women when he was a teenager in the 1980s. That investigation is supposed to be completed by Friday.