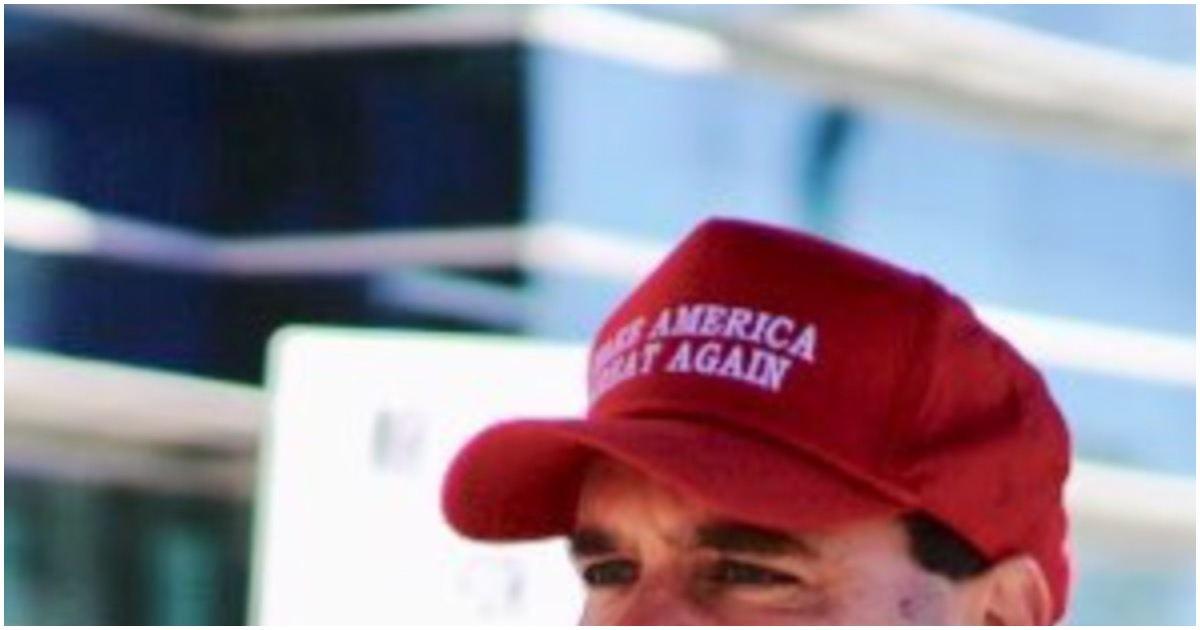 James Bunner celebrated as Donald Trump was inaugurated as America’s 45th president on January 20, 2016 – as did millions of others around the country and the world.

Bunner is a TV reporter for NBC from Minnesota.

He covered the president’s rally in the Gopher State on Thursday.

However, not long after, Bunner was canned.

A television reporter in southern Minnesota might need a new hat saying “Make Me Employed Again.”

As the rally got underway, images of Bunner wearing the bright red hat began appearing on Twitter.

The station’s news director confirmed Bunner was fired because reporters are not allowed to wear political apparel while covering stories.

While in Minnesota, Trump referred to Democrats as the “party of crime,” per Fox News:

President Trump decried Democrats as members of the “party of crime” at a rally in support of Republican House and Senate candidates in Minnesota Thursday night, as the Senate moved toward a crucial test vote on Supreme Court nominee Brett Kavanaugh.

The president warned that if Democrats take control of Congress in November’s midterm elections, they would “plunge our country into a nightmare of gridlock, poverty, chaos and frankly, crime because that’s what comes with it.”

“On November 6, I need your vote,” Trump said. “I need your support to stop radical Democrats and elect proud Minnesota Republicans.”

Trump largely stuck to economic and social policy issues at the rally in Rochester, a Trump-friendly area of traditionally Democratic Minnesota. However, he briefly referenced the controversy over Kavanaugh, who is fighting allegations of sexual misconduct that date from his time in high school and college in the 1980s.

“The Dems are willing to do anything, to hurt anyone, to get the power they so desperately crave,” Trump said. “They want to resist, they want to obstruct, they want to delay, demolish, they want to destroy. That’s what happens. And just take a look at what’s going on. Democrats have been trying to destroy Judge Brett Kavanaugh since the very first second he was announced.”

The president was criticized earlier this week after he questioned sexual assault allegations made against Kavanaugh by Christine Blasey Ford at a rally in Mississippi. However, he steered clear of mentioning the claims on Thursday.

Should Bunner have been fired?