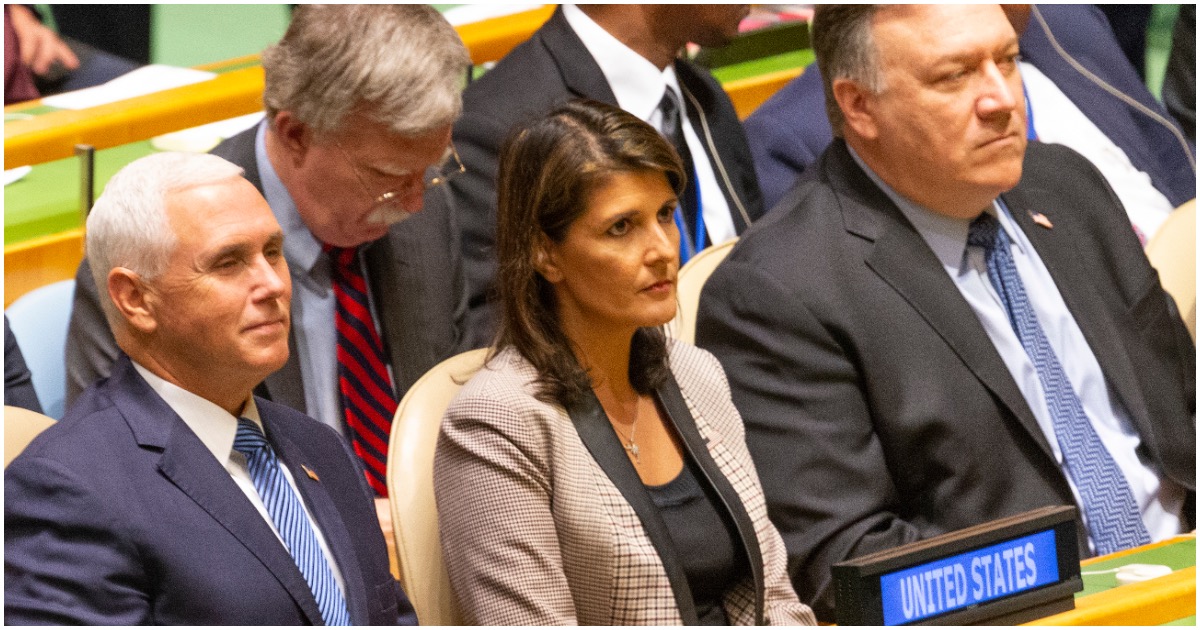 Dina Powell and Ambassador Richard Grenell are reportedly the top names to replace Nikki Haley as United States ambassador to the United Nations.

GOP Congressmen have another idea.

How about no ambassador is assigned to the post and America cuts all funding entirely?

.@realDonaldTrump, we the undersigned Members of Congress respectfully request that you consider replacing Ambassador Nikki Haley with…

Obviously, the legislation introduced by Rep. Mike Rogers of Alabama hasn’t gone anywhere, but it has picked up nine co-sponsors in Congress, all of them Republicans. And with Nikki Haley resigning from her position as U.N. Ambassador, what better time to shut the whole thing down?

OMG!!! I WISH I COULD LIKE THIS A MILLION TIMES!!!

You are blowing my mind. You and @justinamash make me feel like political life is worth living!!

Thank you! Good golly, I thought I was going crazy in trying to tell my Colorado delegation that it wasn't too long ago that the #Republican party stood for a complete withdrawal from the UN. I couldn't figure out why they were pumping up the UN so much.

One of the better ideas emanating from Congress! I like it.

Finally, a congressman says what we are all thinking, time for the UN to exit NYC permanently.

We need to withdraw from that cesspool of corruption!

The UN is a mockery of what it was created for. We should have no part of it.

Amen!! That beautiful area of Manhattan could use more condos and fewer anti-semites.

I concur. First, get the US out of the UN. Second, throw the UN out of the US. Give them one week to pack their shit and leave.

It's time to exit the United Nations!!!

Agreed, but if it has to be somebody, I still say Dennis Rodman is the man for the moment.