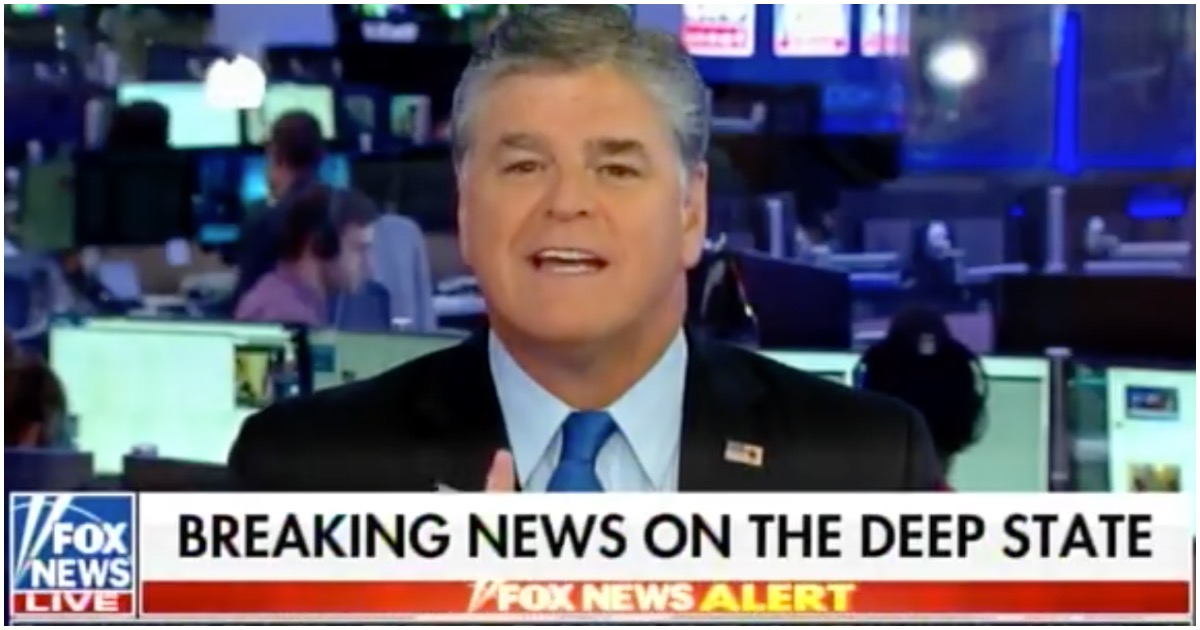 There have often been reports of government employees working behind the scenes to disrupt President Trump’s agenda.

For example, “dozens and dozens” of members of the “Resistance” are doing their best to bring Trump down.

Op-eds by anonymous sources only serve to exacerbate the situation.

Hannity announced, “There is huge breaking news this week about the Deep State, let me put it this way. The dam is breaking. It’s going to be a massive breaking news week.”

In case you’re unaware of what the “Deep State” is…

“We see the government of God over the world is hidden,” Francis Bacon wrote in 1605, describing the deepest of deep states: the lord’s reign over us, which Bacon thought a good model for earthly rule. “Obscure and invisible” was how Bacon thought government worked best, and King James I agreed, instructing, in 1624, a too inquisitive subject that none shall “meddle with anything concerning our Government, or deep Matters of State.”

Until recently, the phrase “deep state” had been mostly consigned to the bowels of the conspiratorial deep web, but over the past few weeks, since Donald Trump decided to take his fight with the intelligence community public, it has witnessed a remarkable florescence. The “deep state” apparently has Trump in its sights, at least according to former NSA intelligence analyst John Schindler, who tweeted that a friend in the “intelligence community” told him that Trump “will die in jail.”

After the New York Times published an op-ed hit piece on President Trump by an “anonymous source” who is supposed to be a senior official at the White House, rumors started flying.

Was Vice President Mike Pence behind it? Secretary of State Mike Pompeo?

From Axios via Right Scoop: