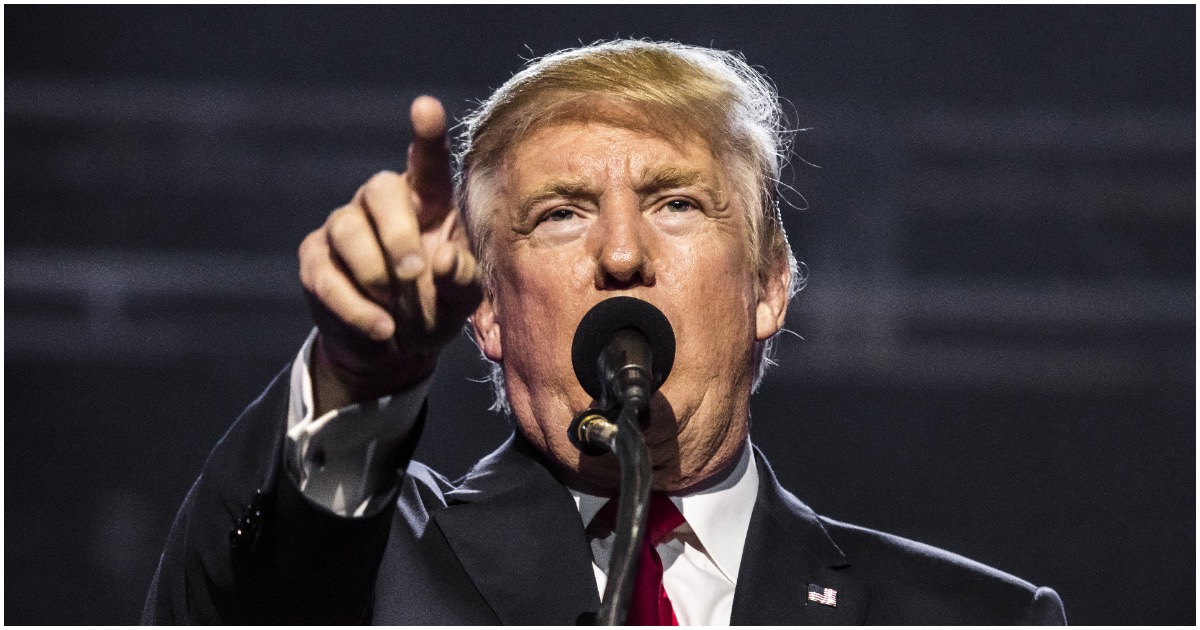 President Donald Trump went to Kansas for a rally on Saturday night.

Brett Kavanaugh was confirmed to the Supreme Court earlier in the day, further solidifying 45’s MAGA agenda for the nation.

Before thousands, Trump went after his potential 2020 Democrat challengers with gusto.

He didn’t hold back.

“So far, I’m dreaming of those [2020 presidential] candidates,” Trump said. “I see those candidates before my eyes. Every night before I go to sleep. Sometimes while I’m sleeping I love them so much.”

“I’ve got more Indian blood in me than Pocahontas, and I have none,” Trump said, referring to Sen. Warren. “Sadly, I have none. But I have more than she does.”

“Sleepy Joe Biden, who ran for president two or three times … I think I remember a third time in there. But he had 1 percent with an arrow pointing left … and then Obama took him off the trash heap,” Trump continued. “Remember he challenged me to a fight?”

Before heading to the rally, Trump talked about Kavanaugh:

The crowd in front of the U.S. Supreme Court is tiny, looks like about 200 people (& most are onlookers) – that wouldn’t even fill the first couple of rows of our Kansas Rally, or any of our Rallies for that matter! The Fake News Media tries to make it look sooo big, & it’s not!

President Trump on “historic” vote of Kavanaugh ahead of rally: “So we have a great new Supreme Court justice, and he’s going to be there for many years. We are very, very proud of him and what he and his family had to endure” pic.twitter.com/4vBrLlmiSm

Democrat Senators Kamala Harris (CA) and Cory Booker (NJ) will most likely run for president in 2020.

The writing is on the wall.

Other potential contenders to Trump will be Michael Bloomberg, Joe Biden, Eric Holder, and Michael Avenatti.

What about Sen. Elizabeth Warren (MA), whom 45 refers to as “Pocahontas?”

On Bloomberg, per Newsmax:

Former New York City mayor and business news billionaire Michael Bloomberg is preparing to make a White House run as a Democrat in 2020, The Times of London reported Thursday.

The 76-year-old Bloomberg, who has a personal fortune of more than $50 billion, according to The Times, has previously considered running as an independent, but decided against it in 2012 out of fears it would split the Democratic vote.

Bloomberg, who considered independent runs for the White House in 2008, 2012 and 2016, will challenge President Trump, the paper reported, citing sources.

“Mike Bloomberg told me he is going to run in 2020,” a source told the paper.

“He has the money to see it through while other candidates knock themselves out.”

Michael is the 11th richest man in the world.

Bloomberg ran for mayor of New York City as a Republican and won in a calculated political move. He later switched to Independent.

On Harris and Booker 2020, via National Review: