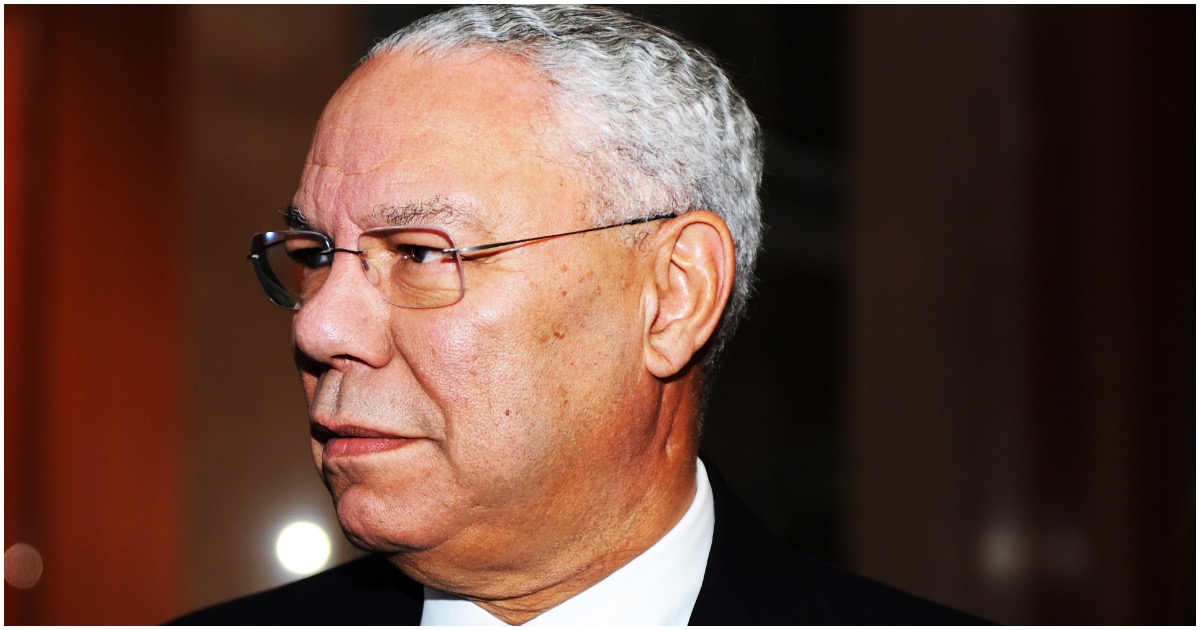 Colin Powell worked in the Reagan administration before becoming secretary of state under George W. Bush.

In 2008, he supported Barack Obama over John McCain in the presidential election and never looked back.

Now, Powell is going after immoral Trump like few others have dared.

Former Secretary of State Colin Powell on Sunday said he doesn’t believe President Trump can be a moral leader, adding that it has become “me the president” for Trump, instead of “we the people.”

Powell pointed to Trump’s attacks on the press, which the president has dubbed “the enemy of the people,” as well as his tendency to insult his opponents and different groups of people.

“How can a president of the United States get up and say that the media is the enemy of Americans? Hasn’t he read the First Amendment? You’re not supposed to like everything the press says or what anyone says in the First Amendment,” Powell said.

Job creation for September fell to its lowest level in a year though the unemployment rate dropped to a point not seen in nearly 50 years, according to Labor Department figures released Friday.

Nonfarm payrolls rose just 134,000, well below Refinitiv estimates of 185,000 and the worst performance since last September, when a labor strike weighed on the numbers. The unemployment rate fell two-tenths of a percentage point to 3.7 percent, the lowest level since December 1969 and one-tenth of a percentage point below expectations.

President Trump said in an exclusive interview with Judge Jeanine Pirro that he was “shocked” to see Alaska Republican Sen. Lisa Murkowski fail to vote ‘yea’ on the confirmation of Justice Brett Kavanaugh.

In what is known as a “pairing” in Congressional jargon, Murkowski voted “present” to honor the would-be “yea” vote of Sen. Steve Daines (R-Mont.), who was instead attending his daughter’s wedding.

“I think it will go down as a sad day for her because he’s going to become a great Supreme Court justice,” Trump said of Murkowski.

President @realDonaldTrump on @lisamurkowski voting no on Kavanaugh: "I think it will go down as a sad day for her because he's going to become a great Supreme Court justice." https://t.co/ULkZtkpY9p pic.twitter.com/atbw1LxGe0