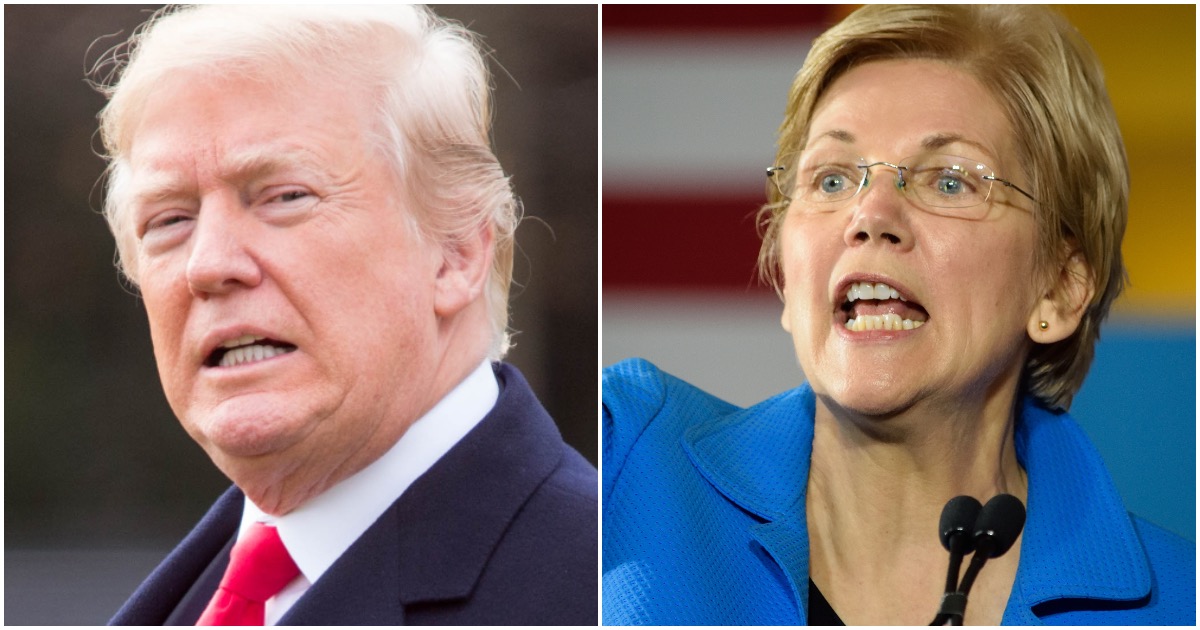 She didn’t hold back.

In fact, she went full throttle.

Big Chief Lyin’ Liz Warren is on the warpath after Buzzfeed News revealed an email they got through a FOIA request showing that John Kelly mocked her in 2017 after they had a terse debate over the phone in front of their staffs.

Remember when @realDonaldTrump launched the illegal, bigoted Muslim ban? People were being illegally detained – a direct and flagrant violation of court orders. So my office tried to get answers from @DHSgov about families who couldn’t get home to Logan. https://t.co/E1uwUN7Qmf

There was only 1 problem: the new @DHSgov Secretary John Kelly wouldn’t return my calls. When I finally got him on the phone, he bizarrely insisted I made the whole thing up & we’d never tried to reach him in the first place. So I read him all the emails between our staffs.

I asked John Kelly for an office number I could use in the future to reach him more quickly. He tried to give me the main line listed on @DHSgov’s website (really). Let’s just say I persisted longer than he did – and eventually I got his cell phone number.

Before we got off the phone, I gave John Kelly something back for his troubles: a message on behalf of the American people that it was time to follow the court order and allow people stranded abroad to board planes into Logan Airport.

Was I tough on John Kelly in that phone call? You bet I was. Apparently he thought I was an “impolite arrogant woman.” “Blah blah blah” – that’s all he had to say when he was called out for breaking the law and destroying lives.

Mitch McConnell and Donald Trump can’t shut me up – and neither can John Kelly. (He can’t even get @realDonaldTrump off Twitter, and as far as I can tell, that was his main job description when he took on the role of @WhiteHouse Chief of Staff). 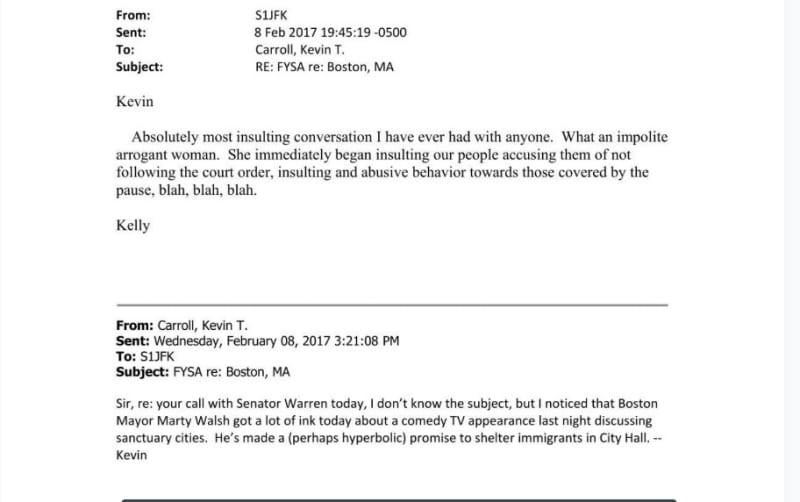