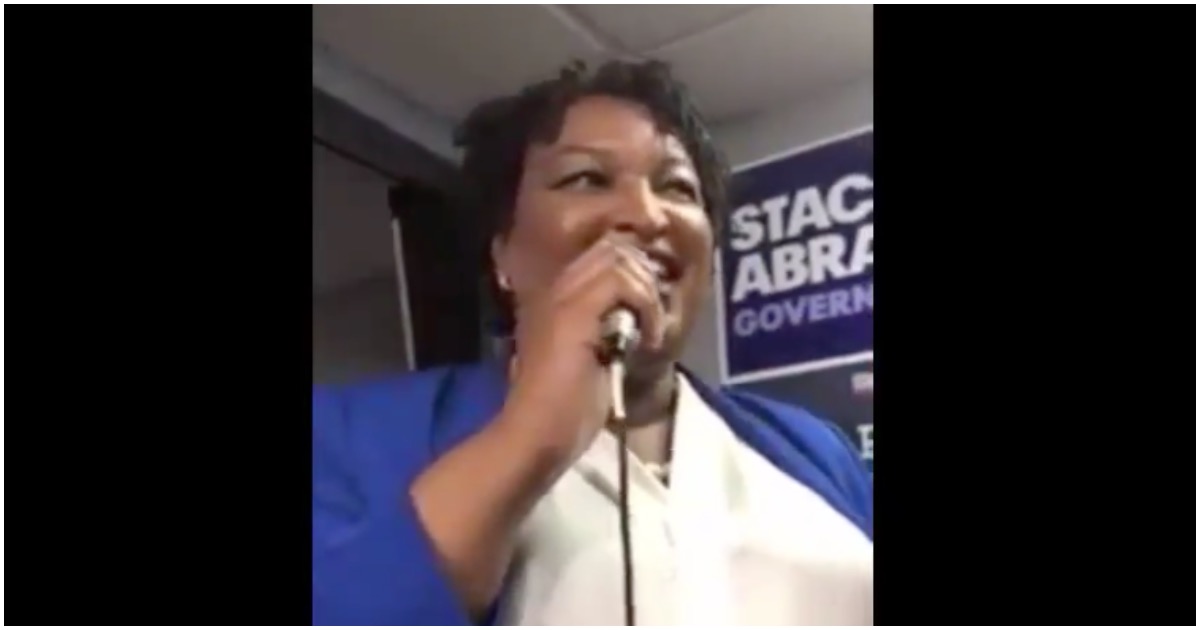 Georgia’s Democrat gubernatorial candidate Stacey Abrams says the “blue wave” that will hit Congress in November is comprised of “documented and undocumented voters,” among other minorities.

Does she not know that illegals can’t vote?

Georgia Democratic gubernatorial candidate Stacey Abrams: Democrats' "blue wave" in November would be comprised of those who are "documented and undocumented" pic.twitter.com/fG1zG79VkT

Georgia Democrat Stacey Abrams’ campaign is calling on Republican Secretary of State Brian Kemp to resign following a report his office is using a controversial verification law to effectively suppress the minority vote in their race to become the state’s next governor.

The demand from the Abrams campaign comes in response to an Associated Press report on records it obtained showing Georgia has put a hold on more than 53,000 voter registration applications — nearly seven-in-ten of them belonging to African Americans — because they failed to clear the state’s “exact match” standard.

Under the policy, even the most minor discrepancy — like a typo or missing letter — between a voter’s registration and their drivers license, social security or state ID cards can be flagged.

“As he has done for years, Brian Kemp is maliciously wielding the power of his office to suppress the vote for political gain and silence the voices of thousands of eligible voters — the majority of them people of color,” Abrams spokeswoman Abigail Collazo said in a statement.

Collazo pushed for Kemp to step down “so that Georgia voters can have confidence that their Secretary of State competently and impartially oversee this election.” Georgia Democrats were rebuffed when they made a similar request earlier in the year.

Kemp’s campaign maintains voters whose names were tied up in the system would still be able to either sort out the documentation at elections sites or, if not, cast provisional ballots. It also touted the state’s growing rolls, saying they were likely to surpass 7 million once the final numbers came in following Tuesday’s registration deadline.

“While outside agitators disparage this office and falsely attack us, we have kept our head down and remained focused on ensuring secure, accessible, and fair elections for all voters,” Kemp said in a statement. “The fact is that it has never been easier to register to vote and get engaged in the electoral process in Georgia, and we are incredibly proud to report this new record.”

Abrams, who became a national Democratic star during her primary campaign, is vying to become the first black woman elected governor in any state. She is running neck-and-neck with Kemp, with most recent polling and analysis predicting a toss-up on Election Day. Republicans have held the governor’s mansion in Georgia since 2003.