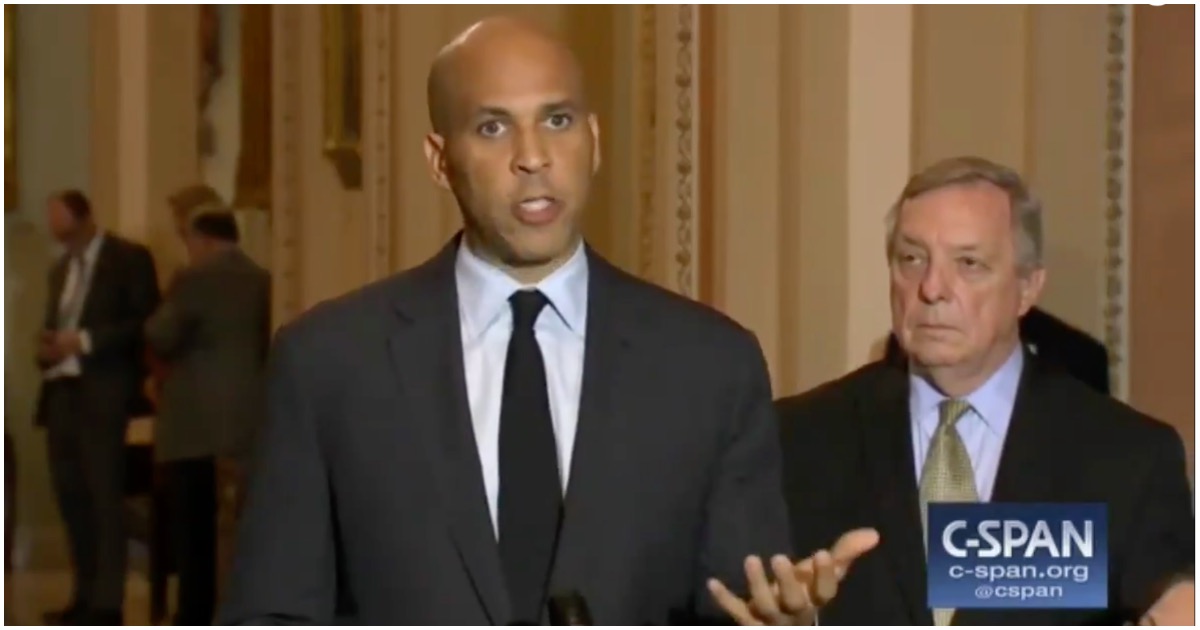 Innocent until proven guilty is not a concept Democrats are fond of these days, especially concerning SCOTUS nominee Brett Kavanaugh.

It’s not only sad, but undeniably pathetic.

It doesn’t matter to the left that all of Christine Blasey Ford’s witnesses said they don’t know what she’s talking about.

In fact, it doesn’t even matter whether or not Kavanaugh is “innocent,” per New Jersey Senator Cory Booker.

.@CoryBooker: “My hope is that… we ask ourselves whether this [Kavanaugh] is the right person… not whether he’s innocent or guilty… but ultimately whether enough questions have been raised…”

TFW you admit the silent part of the strategy out loud.pic.twitter.com/5D6x0TPx07

This is where you go when you can't prove ANY of the allegations you've planted.

If he is guilty.. then he is not the right person. If he is innocent then I believe he has more than proven that he is capable… now Cory Booker on the other hand…..

Dude talking about temperament when he throws a tantrum once a week.

He practiced that speech by screaming it into an empty #Doritos bag. #jackass

Simply cannot wait for whatever scene @CoryBooker is planning at the vote. Walkout? Done that. Movie reference? Did it. Maybe he’ll just make his own head explode this time. Will be fun to watch. I know he won’t disappoint…

You raised plenty of questions in hours of testimony and over 1200 written questions – but you failed to ask the hard ones? What did you ask – his favorite color and food?

Enough questions have been raised about the Democrat Senators on the Judiciary Committee to raise serious questions about their credibilty!

TFW you realize Democrats are dog-whistling to MSM to change the narrative before the FBI releases their report.

Spartacus had his chance to ask relevant questions. All of the Democrats did.they chose to grandstand and speak negative about POTUS instead. Can't wait until the nomination.

Booker has made quite the attempt to grandstand during the Kavanaugh hearings, as many people expect him to run for president in 2020.

His most interesting line regarding Christine Blasey Ford on Thursday referred to telling “the truth.”

Cory Booker on Dr. Ford to Kavanaugh: "She is not a political pawn. She is not orchestrating. She is not part of the Clinton's efforts to get some kind of revenge. She is a woman who came here with corroborating evidence to tell her truth."

“Her truth” is quite different from the truth.

"She told her truth."

Can someone explain the difference between "the truth" and "her truth" as per Cory Booker's question?

@corybooker “told her truth” again. What the hell is that? There’s truth and not truth. #kavanaugh #KavanaughHearings

Repeat after me. There is no such thing as "his truth" or "her truth" or "their truth." There is simply just: THE TRUTH. Stop this "her/his/their truth" madness! #KavanaughHearings pic.twitter.com/9ELrGCpzRu